Fires in the Amazon have surged 83 percent so far this year compared with the same period last year French President Emmanuel... 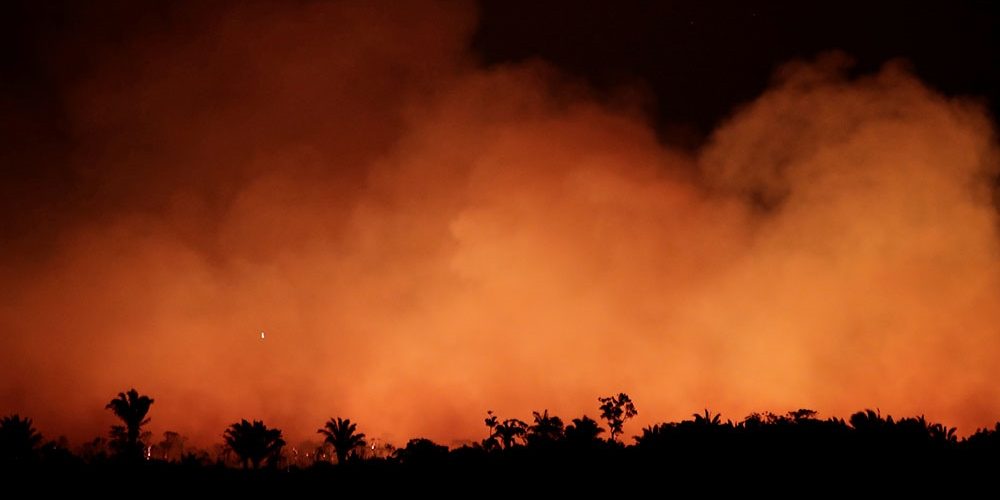 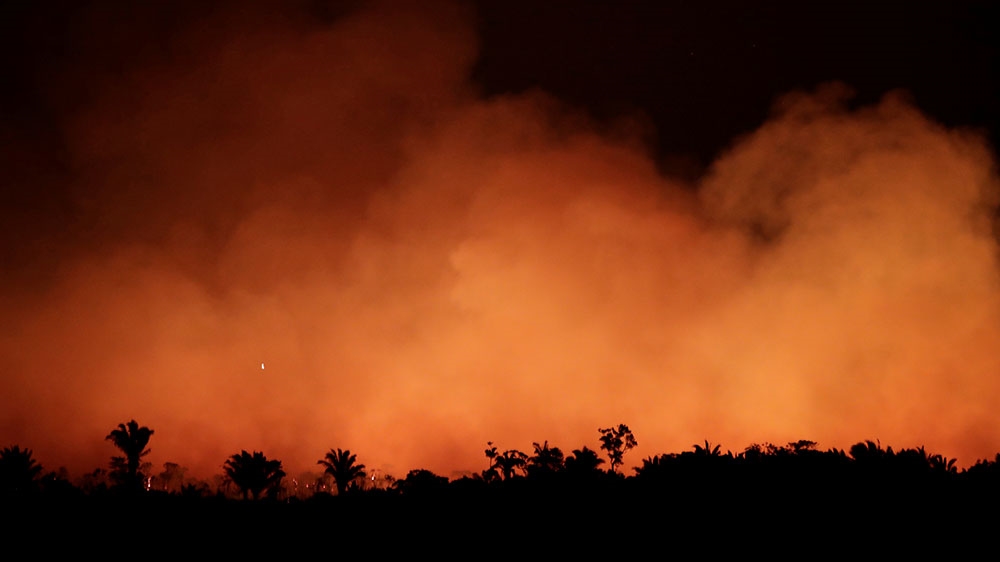 French President Emmanuel Macron has branded the record number of fires in the Amazon rainforest an “international crisis” that needs to be top of the agenda at the upcoming G7 summit, prompting a swift rebuke from Brazilian leader Jair Bolsonaro.

“Our house is burning. Literally. The Amazon rainforest – the lungs which produces 20% of our planet’s oxygen – is on fire,” Macron said in a Tweet on Thursday.

Fires in the Amazon, a forest considered a vital bulwark against climate change, have surged 83 percent so far this year compared with the same period last year, according to data released earlier this week by Brazil’s National Institute for Space Research (INPE).

Macron called on members of the G7 group of advanced industrialised countries – which does not include Brazil – to address the issue over the weekend at a scheduled meeting in the French town of Biarritz.

Our house is burning. Literally. The Amazon rain forest – the lungs which produces 20% of our planet’s oxygen – is on fire. It is an international crisis. Members of the G7 Summit, let’s discuss this emergency first order in two days! #ActForTheAmazon pic.twitter.com/dogOJj9big

But Bolsonaro reacted angrily to Macron’s call, accusing his French counterpart of attempting to use the issue for “political gain” and describing the fires as an “internal matter for Brazil and and other Amazonian countries”.

“The French president’s suggestion that Amazon issues be discussed at the G-7 without participation by the countries in the region evokes a colonialist mentality that is out of place in the 21st century,” Bolsonaro said in a Twitter post.

Several other countries in the Amazon region have seen a surge in fires this year, according to INPE data, including Bolivia and Peru, both of which border Brazil.

“In the midst of the global climate crisis, we cannot afford more damage to a major source of oxygen and biodiversity,” Guterres said in a post on Twitter. “The Amazon must be protected.”

Although fires are a regular and natural occurrence at this time of year, environmentalists blamed the sharp rise on farmers setting the forest alight to clear land for pasture.

Bolsonaro, who took power in January, has repeatedly said he believes his country should open the Amazon up to business interests, to allow mining, agricultural and logging companies to exploit its natural resources.

Critics accuse the Brazilian president of emboldening illegal loggers and ranchers and not doing enough to curb widespread deforestation.

On Wednesday, Bolsonaro suggested NGOs were behind the fires, without providing evidence. He appeared to row back on Thursday, when he said for the first time that farmers could be to blame for the fires and also claimed that his government lacks the resources to fight the blazes.

“The Amazon is bigger than Europe, how will you fight criminal fires in such an area?” he asked reporters in the Brazilian capital, Brasilia.

Last month, INPE published preliminary data showing deforestation in Brazil’s portion of the Amazon rainforest soared more than 88 percent in June compared with the same month a year ago, the second consecutive month of rising forest destruction under Bolsonaro.

Bolsonaro fired the director of INPE following the publication of the statistics, saying they were inaccurate and smearing Brazil’s reputation abroad.

Bolsonaro is facing mounting pressure from international powers to protect Brazil’s environment under the terms of a landmark free trade deal brokered over two decades between the European Union and South American bloc Mercosur – of which Brazil is a member – and agreed to last month.

The pact requires the Latin American giant to abide by the Paris climate accord, which Bolsonaro has threatened to pull out of, and also aims to end illegal deforestation, including in the Brazilian Amazon.

Amid the rise in deforestation, Norway and Germany earlier this month halted millions of dollars of Amazon protection subsidies to the Amazon Fund, accusing Brazil of turning its back on the fight against deforestation.

The move came after Bolsonaro’s administration unilaterally changed the fund’s governance structure and closed down the steering committee that selects the projects to back, making no formal proposal for the composition of a new committee.

Filipe Martins, an adviser to Bolsonaro, on Thursday said the government was committed to fighting illegal deforestation, however.

The Amazon will be saved by Brazil and not “the empty, hysterical and misleading rhetoric of the mainstream media, transnational bureaucrats and NGOs”, Martins said in a series of Twitter posts.

11. So, if you are wondering who is going to save the Amazon, here’s a very straightforward answer for you: it’s not the empty, hysterical and misleading rhetoric of the mainstream media, transnational bureaucrats and NGO’s, but the sovereign action of Brazil.

His claim was rebutted by former Brazilian environment minister and presidential candidate Marina Silva, who called the fires in the Amazon a “crime against humanity” and blamed current policies for fueling the blazes.

“The whole world is watching a situation that is out of control in terms of deforestation and fires in Brazil’s Amazon,” Silva told a conference in the Colombian capital, Bogota, on Thursday.

“Throughout Brazil’s history we have had difficult situations, but this is the first time we have a situation that was practically and officially fueled by the government.”

Brazil contains about 60 percent of the Amazon rainforest, whose degradation could have severe consequences for global climate and rainfall.