French Government Calls an “unconditional” Ceasefire Between His Militia and Government Forces in Tripoli.

The French government, which is accused of tacitly supporting Libya’s renegade general Khalifa Haftar, has called for an “unconditional” ceasefire between his militia and... 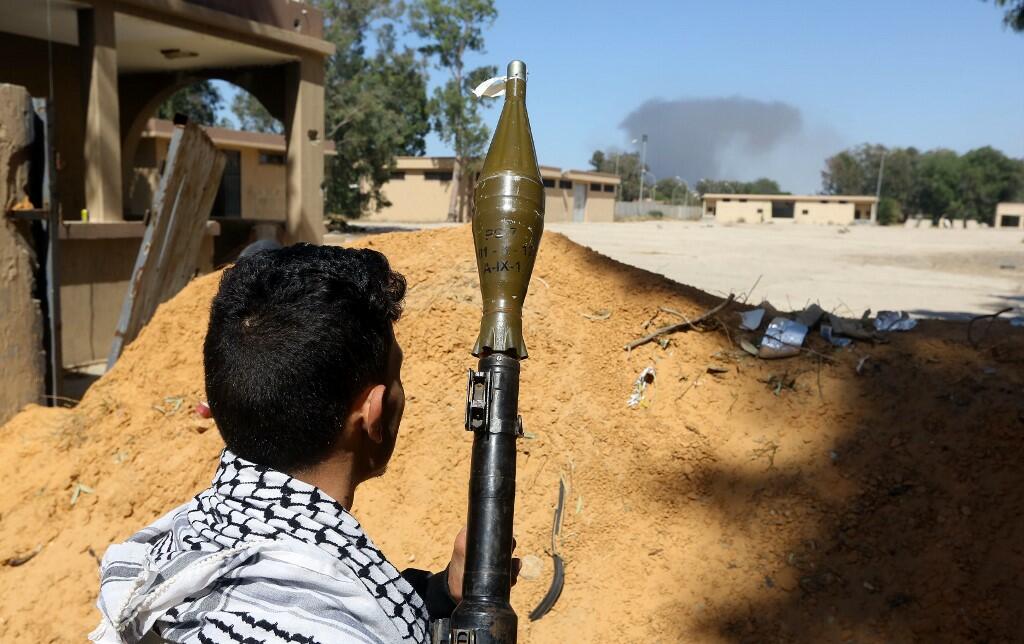 The French government, which is accused of tacitly supporting Libya’s renegade general Khalifa Haftar, has called for an “unconditional” ceasefire between his militia and government forces near the capital, Tripoli.

Haftar’s forces, calling themselves the Libyan National Army (LNA), launched a deadly campaign last month to conquer Tripoli, where the internationally-recognized Government of National Accord (GNA) headed by Prime Minister Fayez al-Sarraj is based.

Fierce fighting has since been raging on between the two sides, with reports of more than 400 people having been killed and thousands injured or displaced.

On Wednesday, French President Emmanuel Macron hosted Sarraj in the French capital of Paris and said he advocated a ceasefire.

“Noting that there is no military solution to the Libyan conflict, and to put an end to the military offensive launched toward Tripoli, the President of the Republic encouraged an unconditional ceasefire,” Macron’s office said in a statement after the meeting.

“He stressed the need to protect civilian populations. In this context, the proposal was put forward to delimit a ceasefire line, under international supervision,” it added.

In an exclusive interview with France 24, Sarraj had said Haftar was attempting a power grab under the pretext of counter-terrorism operations and had urged a “clearer stance” from Paris toward the Libyan rebel commander.

“Haftar and (his armed groups) only want to control power in Tripoli under the pretext of war on terrorism and militias,” Sarraj said. “What we expect of France, considering their friendship with Libya, is for them to have a clear political position on the situation in Libya in the future.”

The Libyan prime minister had also accused Haftar of ending all hopes for a political settlement to the crisis in the war-torn North African country.

Haftar’s forces are bogged down on the southern outskirts of Tripoli. Fighting has been escalating at night but slowing during the day as the Muslim fasting month of Ramadan began this week.

The renegade general has already defied a truce call by the UN and ordered his troops not to relent in their offensive and “uproot” the enemy during the holy fasting month.

The supporters of the GNA say France has blocked resolutions at the UN Security Council, the European Union, and other international organizations opposing Haftar’s offensive.

The World Health Organization (WHO) said on Wednesday that the month-old battle for control over Tripoli risked causing an “exponential” rise in civilian casualties as well as outbreaks of deadly diseases including cholera.

The Geneva-based organization said 443 people had been killed, 2,110 injured, and at least 60,000 displaced since the start of the offensive on April 4.

“The numbers will increase definitely, because the fighting is closing in toward the center, or the more populated area in Tripoli, where there is a high likelihood that more and more civilians will be trapped in the crossfire and there will be more and more civilian casualties,” Syed Jaffar Hussain, WHO’s representative in Libya, told Reuters.

Hussain said that as summer was approaching, those forced out of their homes were susceptible to diarrhea and other diseases due to contaminated water and food, crowding, and bad sanitation facilities.

Libya has been the scene of violence since 2011, when former dictator Muammar Gaddafi was toppled from power after an uprising and a NATO military intervention. His ouster created a huge power vacuum, leading to chaos and the emergence of numerous militant outfits, including the Daesh terrorist group.