France Has a Role in The Saudi-led War on Yemen

French authorities have been searching for a government employee who they believe has leaked damaging information about France’s role in the Saudi-led war on... 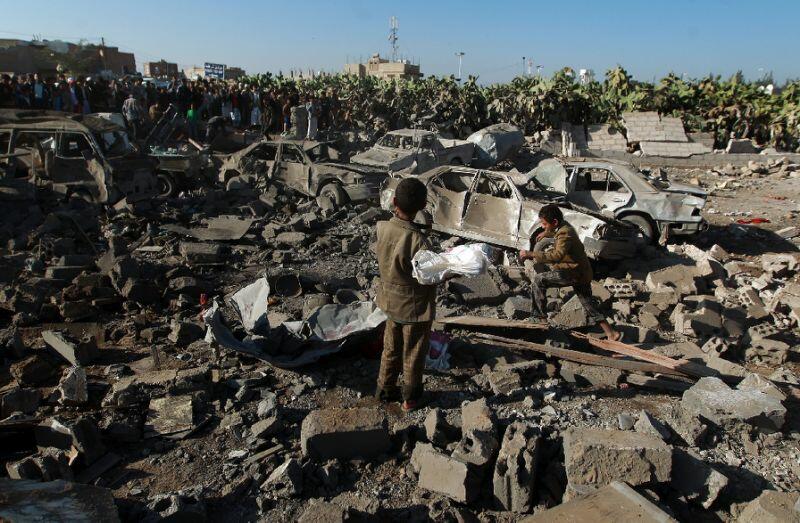 French authorities have been searching for a government employee who they believe has leaked damaging information about France’s role in the Saudi-led war on Yemen to the media, a report says.

In mid-April, the new investigative media outlet Disclose published a report that contained a classified 15-page note from the French military intelligence service (DRM) revealing that the two Arab countries had deployed French weaponry in their aggression against Yemeni.

The leaked note, which was provided to the government in October 2018, contained lists of French-manufactured tanks, armored vehicles, fighter jets, helicopters, howitzers, ammunition, and radar systems sold to both Saudi Arabia and the UAE.

The use of French weapons in Yemen contradicts previous public statements from Paris, which has repeatedly asserted that these weapons are used only in a limited manner and in “defensive” operations only. Back in January, French Armed Forces Minister Francoise Parly said during an interview on the France Inter radio station that she was “not aware that any (French) arms are being used in this conflict.”

Citing unnamed informed sources on Wednesday, AFP reported that an investigation into the “compromise of national defense secrecy” had been opened by prosecutors on December 13 last year after a complaint by the ministry of the armed forces.

The AFP report did not say when the note was leaked.

The sources also said that France’s domestic intelligence agency, the DGSI, was leading the probe, which concerned the compromise of information involving a government employee and a third party.

Disclose argued that the note was “of major public interest.”

Additionally, Geoffrey Livolsi, the founder of Disclose, said at least three journalists who had taken part in the preparation of the website’s investigative report had been called in for a hearing to be conducted by the DGSI in May.

“This judicial investigation has only one objective: to know the sources that allowed us to do our job. It is an attack on the freedom of the press and the protection of the sources of journalists,” he said.

The French weapons in action

The report revealed that Leclerc tanks, a main battle tank built by the Nexter, and Mirage 2000-9 fighter jets sold in the 1990s to the UAE were being used in the war on Yemen.

Furthermore, 48 CAESAR artillery guns, manufactured by the Nexter group, were being used along the Saudi-Yemen border by the Saudi-led coalition.

Nexter Systems is a French state-owned manufacturer of weapons, based in Roanne, Loire.

According to the DRM document, French-made Cougar transport helicopters and the A330 MRTT refueling plane have been seen in action, and two French ships are serving in the crippling blockade of Yemeni ports which has led to unprecedented food and medical shortages in impoverished Yemen.

The classified note also contained a map estimating that over 430,000 Yemenis live within the range of French artillery weapons on the Saudi-Yemeni border. It further estimated that French weapons have resulted in civilian casualties.

France, the third-biggest arms exporter in the world, is a large provider of various kinds of weapons to Saudi Arabia and the UAE.

The French government has so far resisted pressure from rights groups to stop the lucrative arms trade with the two Persian Gulf countries, denying that the weapons were being used against the Yemenis.

Saudi Arabia and a number of its regional allies, most notably the UAE, launched the devastating campaign against Yemen in March 2015. According to the Armed Conflict Location and Event Data Project (ACLED), a nonprofit conflict-research organization, the war has so far claimed the lives of about 56,000 Yemenis.

Apart from France, the United States, Britain, and other Western countries have faced criticism over arms sales to the Saudi regime and its partners.