Foursquare unveiled its Hypertrending feature at SXSW 2019, where the location app was first launched 10 years ago. Hypertrending is a top-down view of the... 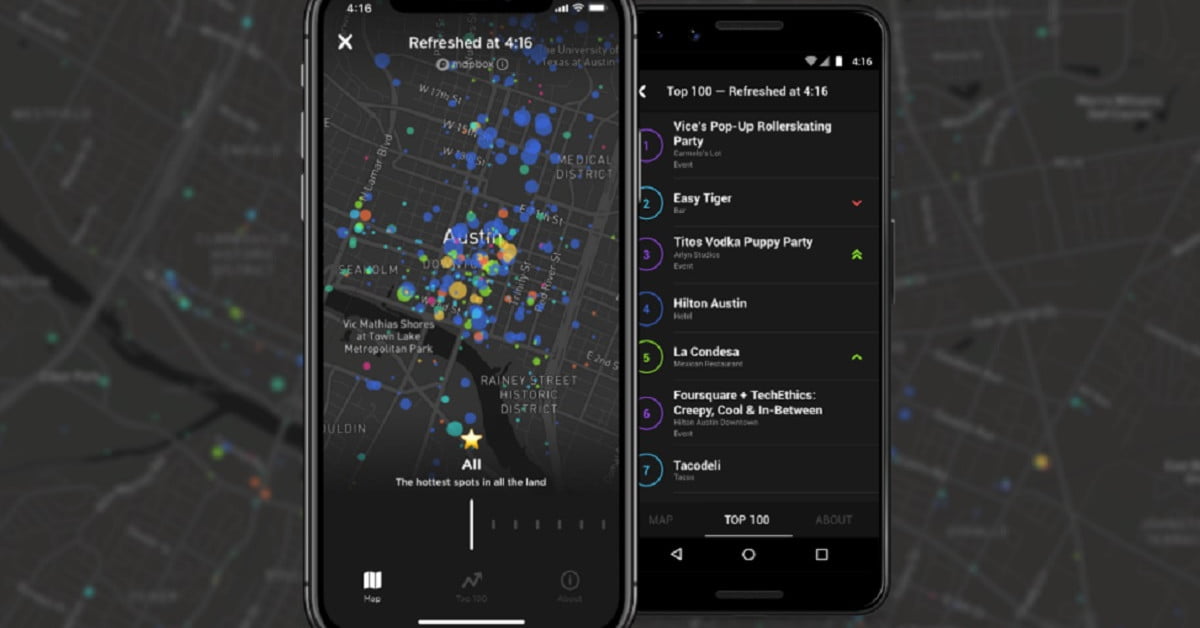 Foursquare unveiled its Hypertrending feature at SXSW 2019, where the location app was first launched 10 years ago.

Hypertrending is a top-down view of the location of all Foursquare users. The Map view provides a real-time look of where users are, with each dot representing a different place and the size of those dots corresponding to the number of users in each place. Each color represents a different type of place, such as a restaurant or a hotel.

The feature also comes with the Top 100 view, which charts places and events in terms of the number of Foursquare users present, with up and down arrows representing whether the location has become more or less busy over the previous 30 minutes.

Hypertrending is currently only available in Austin, Texas where SXSW is being held. The demonstration of the technology is embedded in the Foursquare City Guide app and the Swarm check-in app.

Location tracking, however, has been a very sensitive issue among users who want to maintain privacy. Hypertrending tries to keep itself as an acceptable feature by aggregating and anonymizing the information, similar to Pilgrim, as the dots do not provide a specific number of users nor their individual identities. There are no trails that show where users have have been, as their locations are only added to the dots upon arriving at the establishment or event.

Still, in the blog post that introduces Hypertrending, Foursquare co-founder Dennis Crowley admitted that the technology “walks a fine line between being ‘creepy’ and ‘cool’.” This is why the feature is currently only limited as a demo in Austin, and only for the duration of SXSW, with no plans to launch it yet to a larger audience.

“We want to build a version of the future that we’re proud of, and we want your input as we get to work building it,” Crowley wrote, as Foursquare asks for thoughts and feedback on Hypertrending amid “the need for transparency, thoughtful leadership, and ethical behavior from technology companies.”