Four Seasons Hotels & Resorts announced that it’s in the process of converting another private jet to its fleet in 2021, to replace the...

Four Seasons Hotels & Resorts announced that it’s in the process of converting another private jet to its fleet in 2021, to replace the current one, which premiered in 2015 for extravagant group excursions.

Like the previous model, the new plane allows travellers to book bespoke adventures around the world, with Four Seasons arranging the trip itinerary and lodging at each stop.

“Our guests are fascinated with the idea of really being in our hands for three weeks,” says Christian Clerc, president of worldwide hotel operations. “We felt we had to continue to enhance the experience.”

Booking for 2021 will open in the middle of this year and vary based on itinerary, which will be announced later this year; pricing on the current jet starts at $147,000 per person.

In the meantime, here’s what’s new. 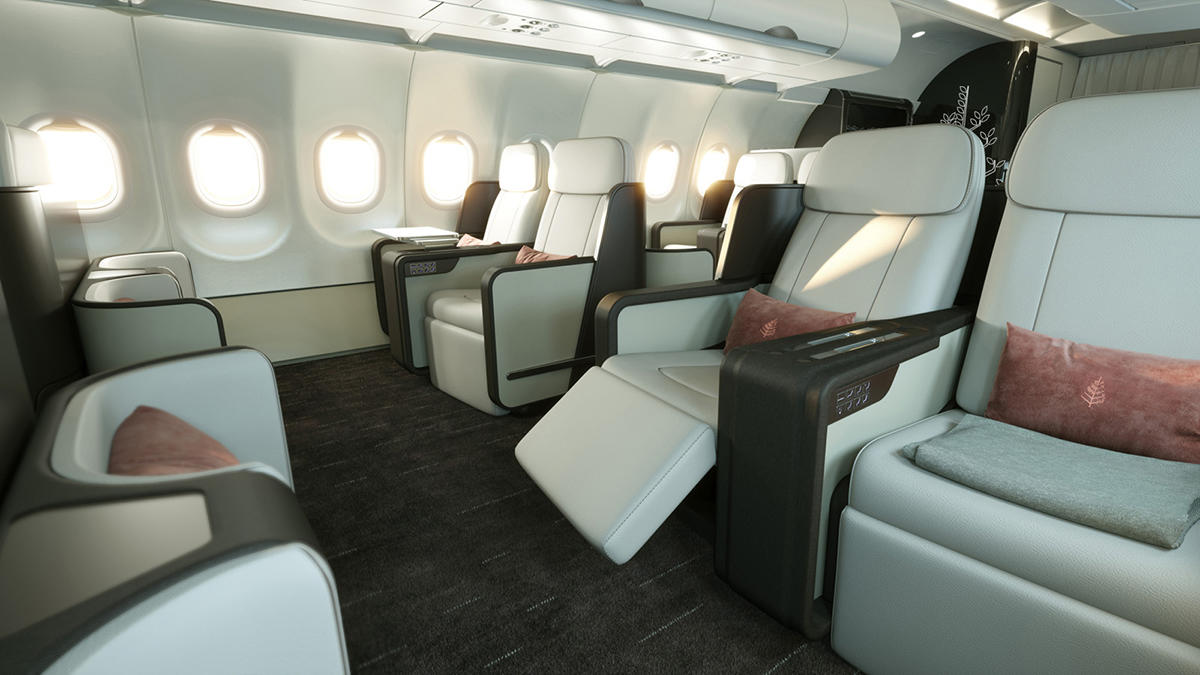 A narrowbody Airbus A321LR aircraft, part of the new Airbus NEO family, will be tailored by Four Seasons and have room for 48 passengers. The previous model, a reconfigured Boeing 757-200ER leased by luxury tour operator TCS World Travel from TAG Aviation, fits 52 passengers in lie-flat seats.

The company chose the Airbus model because it allowed for greater customisation and can go on longer flights, enabling more direct routes, Clerc says. 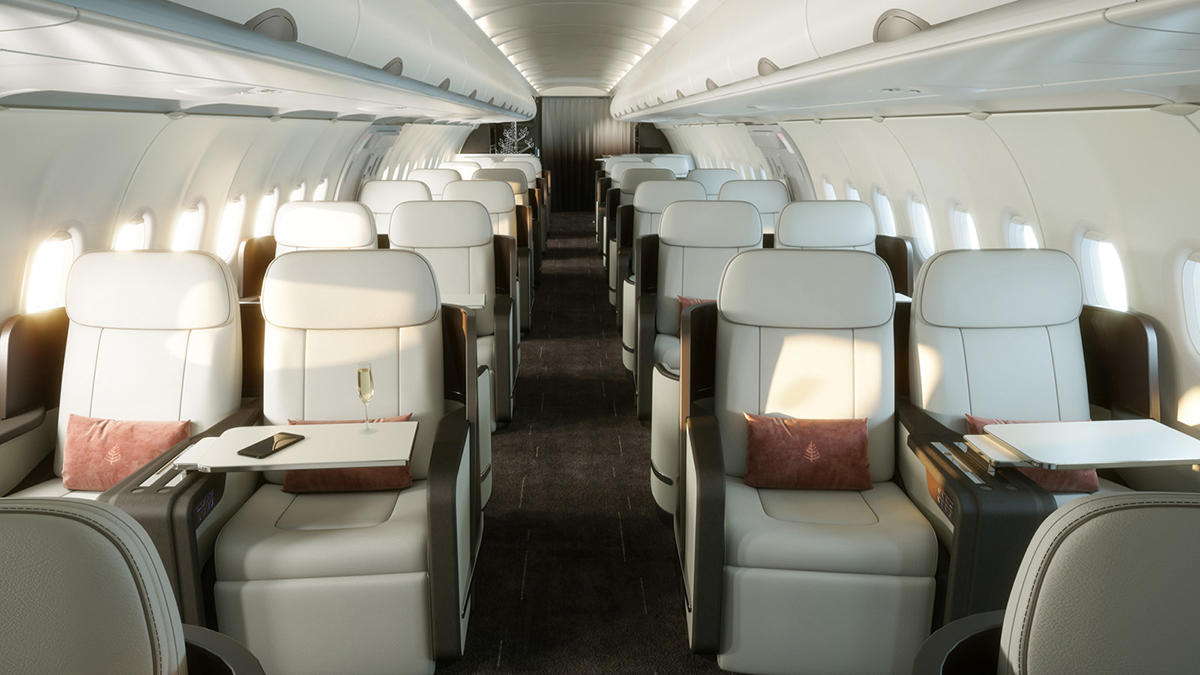 From the renderings provided by Four Seasons (and seen here), interiors seem more sedate, with earth-toned carpeting and matching pillows replacing the spritely blue-and-orange colour scheme of the previous jet.

One of the new model’s key features is a lounge area, including a full bar staffed with a mixologist. The idea is to allow guests to mingle in the space and learn from staff about the next destination through hands-on seminars.

“We wanted it to be functional but also very elegant, so you don’t have a lot of clutter there,” Clerc says.

The seating area has been similarly rethought to emphasise socialising. Custom-made seats by Optimares, with leather from Italian producer Poltrona Frau, are paired with personal ottomans to allow travellers to speak more comfortably face to face, not just side by side. Bonus: When the beds are extended flat, the ottomans also extend the bed length.

And the bathrooms are larger and more elegant, Clerc says, “the closest you’ll have to a residential bathroom.” 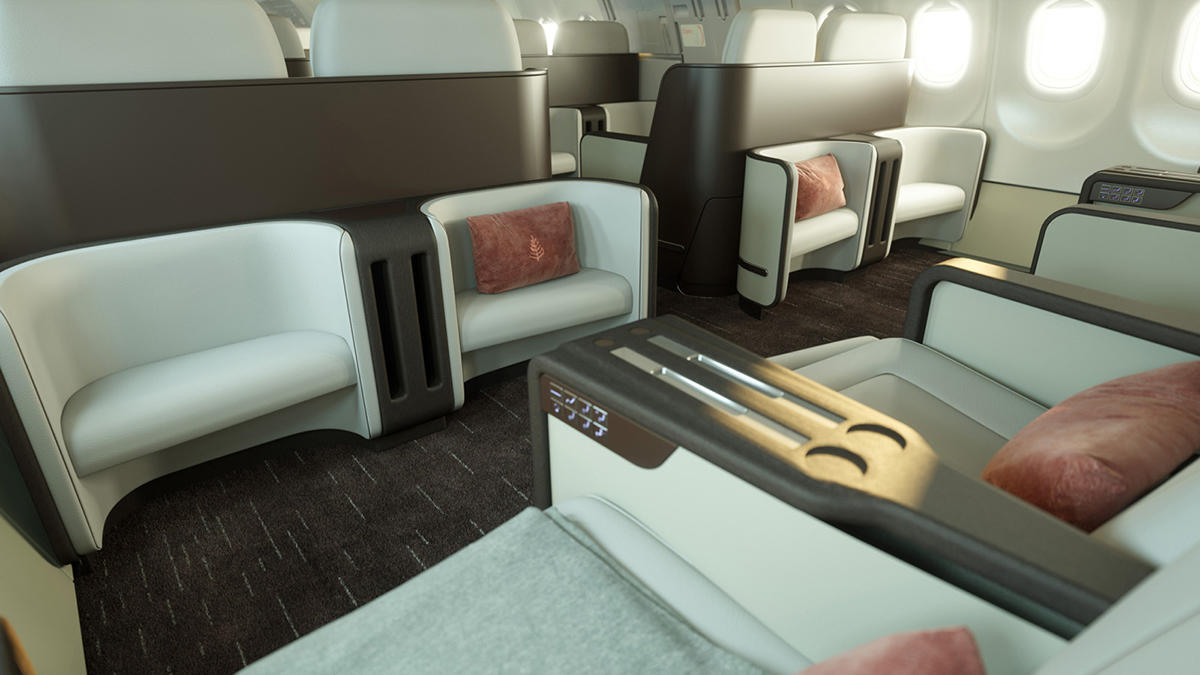 Mitigating in-flight boredom is a top concern of Four Seasons. In the lounge area, a series of artisans will showcase their craft in interactive workshops. For instance, guests can meet and learn from Four Seasons chefs, mixologists, wellness experts, and arts and culture specialists.

Each seat will also be equipped with an individual iPad for video streaming. 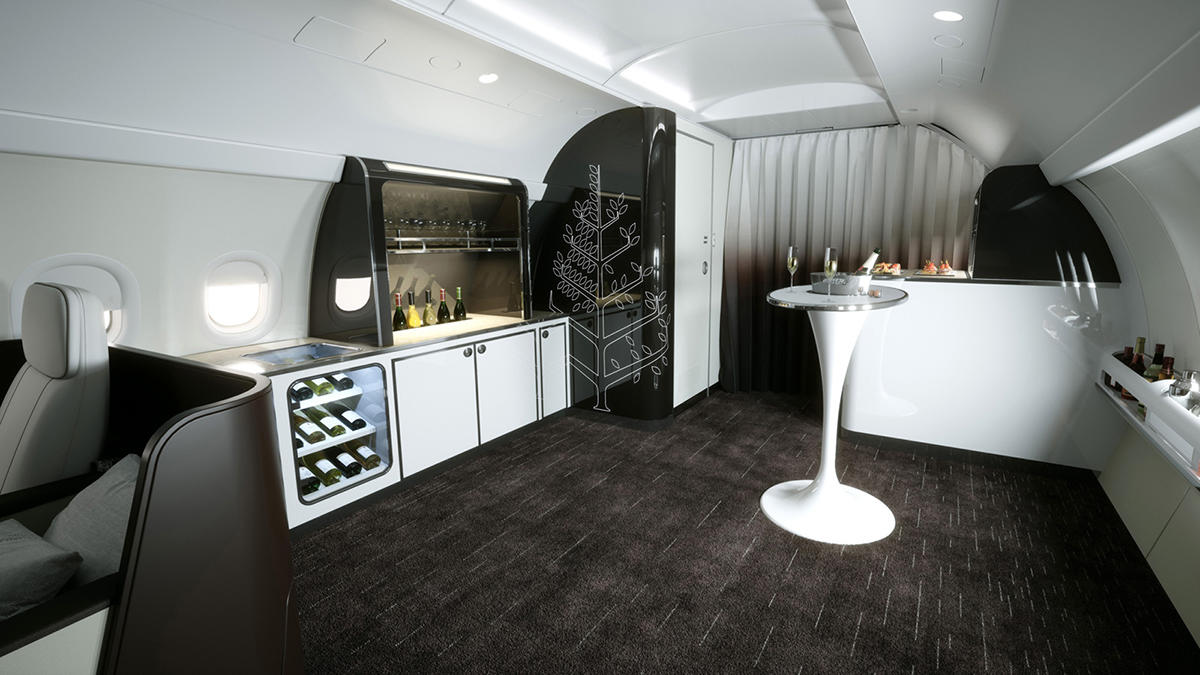 On the new jet, Four Seasons chefs have an expanded galley area to create journey-inspired menus and whip up spur-of-the-moment surprises, the company says.

There will also be more than one executive chef on board to mix up the culinary styles; currently there’s a single chef for the entire journey. Clerc says this will allow for even more customisation around individual tastes.