Former Tunisian President Ben Ali may be Dead, but his Regime Remains 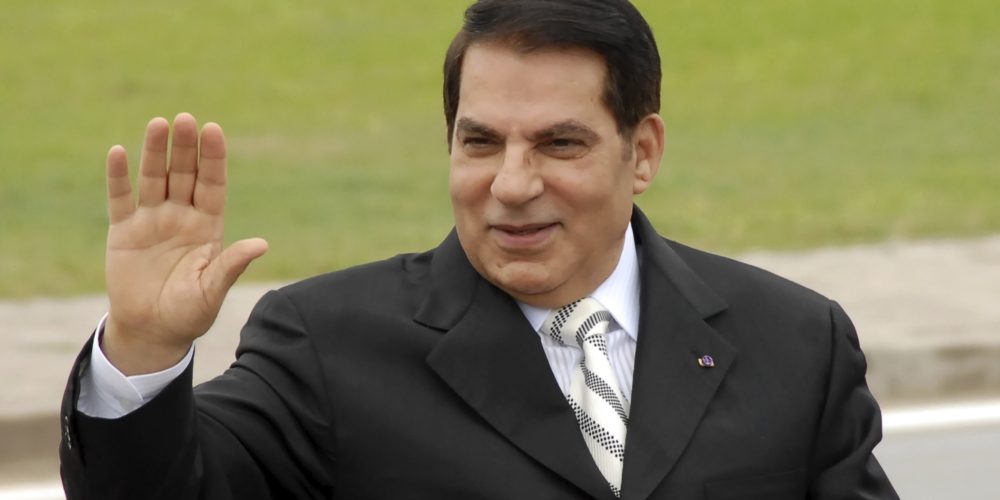 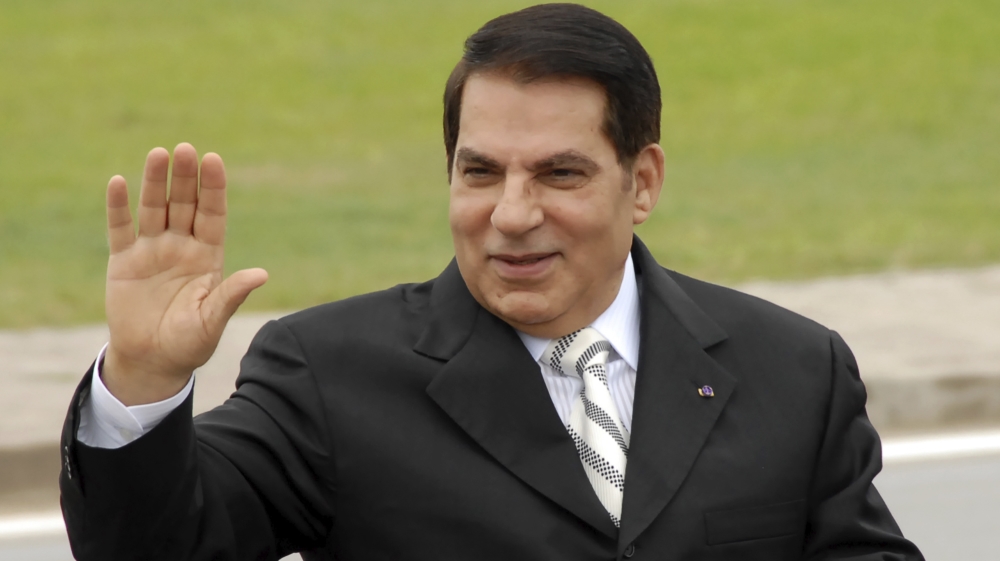 On September 19, Tunisians woke up to the news that former dictator Zine El Abidine Ben Ali, had died in exile in Saudi Arabia. He ruled the country for 23 years before being toppled by a popular uprising in January 2011.

The news of Ben Ali’s passing did not cause much commotion in Tunisia’s public sphere, as public attention was mostly focused on the upcoming second round of the presidential election.

On Tunisian social media, reactions varied, with some praising the “stability and prosperity” Ben Ali’s regime supposedly achieved and others looking back on the mass repression the Tunisian revolution brought to an end.

It was no surprise that some Tunisians turned his passing into an opportunity to reminisce about the “good old days”, as the uncertainty and economic crisis the country is currently going through are fuelling nostalgia for his rule.

However, whatever the current difficulties, they should not be used as an excuse to whitewash Ben Ali’s painful legacy. He was an autocratic leader who failed to provide a dignified life for his people and instead exploited and victimised them; and this is how he should go down in history.

But just as it is wrong to whitewash Ben Ali’s era, it is rather premature to declare it all over. Indeed, Ben Ali may be dead, but his regime is not. It continues to undermine Tunisian aspirations for democracy and guard the economic and political interests of its remnants.

The failure of transitional justice

In June 2014, on the back of the successful Tunisian revolution, the Truth and Dignity Commission (TDC) was formed and tasked with investigating and holding to account regime officials responsible for human rights violations committed between 1955 and 2013.

The creation of the TDC was initially seen as a turning point in Tunisia’s history. Many believed it would provide justice and closure to the regime’s many victims and boost Tunisia democratic development.

The commission did indeed conduct detailed investigations and document all forms of abuse, including enforced disappearances, extrajudicial executions, torture, death under torture, killings and excessive use of force against peaceful protesters during the 2010-2011 uprising.

Televised hearings allowed victims to tell their stories publicly for the whole nation to hear and exposed the unrivalled cruelty and violence of the Ben Ali regime, as well as its widespread corruption and profligacy.

The commission received more than 62,000 complaints about human rights abuses and transferred more than 170 cases to specialised courts to try those responsible. Trials opened in dozens of these cases, but they have all been postponed several times due to the refusal of the accused to appear before the courts. To this day, Tunisian courts have not delivered a single sentence in any of the TDC cases.

What stood in the way of the commission was the fact that the current Tunisian state is in many ways just the continuation of the Ben Ali regime.

Many politicians and officials affiliated with Nidaa Tounes, the main party in Tunisia’s current governing coalition, held high office under Ben Ali. They, along with recently deceased President Beji Caid Essebsi, who also held important posts during Ben Ali’s rule, have worked tirelessly not only to block the work of the TDC but also to maintain the vestiges of the previous regime.

Many damaging laws of the Ben Ali era remain in effect, as the parliament filled with his cronies has done little to abolish them. For example, the infamous “Loi 52”, which provides for a minimum sentence of one year in prison for “consumption of narcotics” and prohibits judges from taking into account any mitigating circumstances, is still in place.

Prior to 2011, it was used to control poor youths and incarcerate them when needed. The law was amended in April 2017 to allow judges to consider mitigating circumstances when sentencing, but it was never abolished. To this day, this law is being used by police to keep poor young people in check.

Structures of the notorious repressive apparatus of the Ben Ali regime also remain untouched. The ministry of the interior, considered to be a state within a state, is yet to be reformed. In 2011, the ministry announced dissolved the secret police agency but that did little to get the security apparatus to respect Tunisian citizens’ civil freedoms and rights.

Excessive police presence in Tunisia, which in Ben Ali’s era provided the most effective tool for surveillance, has not been addressed since the revolution. The police force has only grown in strength since 2011 and new units have been formed. In 2017, for example, the “green police” was created and put in charge of cleaning up garbage and pollution in the country.

The budget assigned to the police force has also increased in recent years, allowing the police officers to equip themselves with state of the art equipment and technology while the majority of Tunisian still live in poverty.

Even though abuses by the police are frequently denounced by the media and human rights activists, the government has not taken any action to tame the security apparatus. In Ben Ali’s Tunisia the policeman was a symbol of the regime’s power – endowed with state authority, able to arrest and act violently with impunity. This is still very much the case in Tunisia today.

During Ben Ali’s era, a certain kind of corruption culture was established, in which mafia-like families established control over entire sectors of the economy. The economic elite wielded power through “maaref” (knowing someone that can get the job done) practices that produced resentment among ordinary Tunisians who did not enjoy such special networks and access to the state.

Corruption practices were frequently denounced after the revolution, yet the post-2011 governments failed to address it. What is more, in 2017, the Tunisian parliament passed a law which granted amnesty to all officials accused of corruption under the toppled dictator, despite a nation-wide campaign denouncing it.

As a result, the economic elite of the Ben Ali era has remained just as rich and just as powerful in post-revolution Tunisia. The wealthy families which controlled the economy under his rule continue to do so.

Meanwhile, many Tunisians have seen their economic situation worsen over the past decade, as the damaging economic practices of the previous regime have persisted. The 2010 protests, which erupted in the impoverished central part of the country, were in reaction to these very practices – a combination of austerity policies mandated by international institutions which caused prices of basic commodities to rise. Yet today Tunisians still suffer the consequence of the same set of austerity reforms, which are furthering the impoverishment and disenfranchisement of large segments of the population.

As Tunisia heads to a presidential runoff and parliamentary elections scheduled for early October, which could change the face of Tunisian politics, the Ben Ali past still appears to cast a shadow over the country’s future. As the structures of state violence and corruption endure, transformative change which can better the lives of Tunisians remains elusive.