A retired racing driver and his family have survived a plane crash in the US state of Tennessee. Former Nascar driver Dale Earnhardt Jr,... 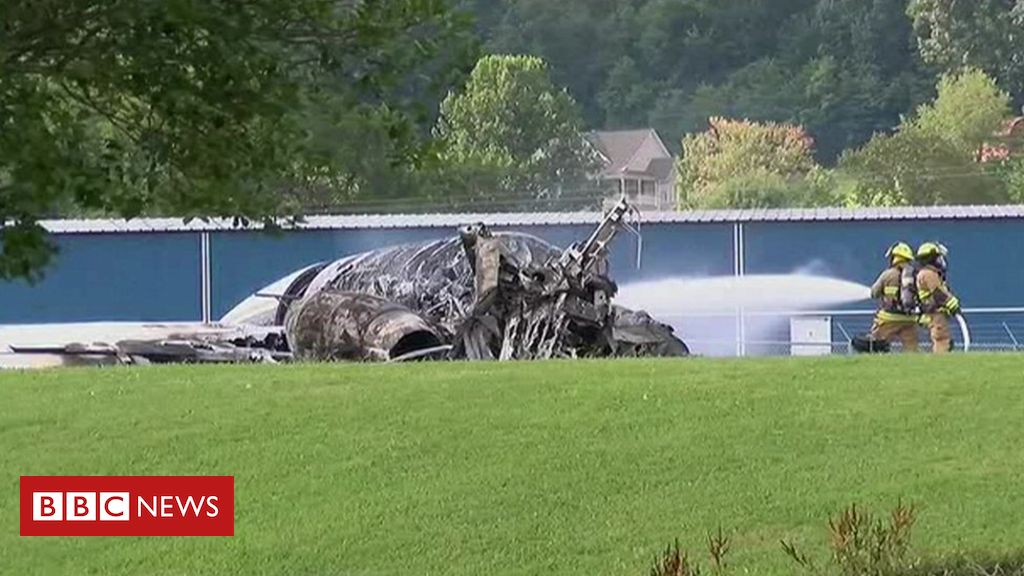 A retired racing driver and his family have survived a plane crash in the US state of Tennessee.

The plane ran off the runaway and caught fire after landing at Elizabethton Municipal Airport at 15:40 local time (19:40 GMT) on Thursday.

Video from the airport shows firefighters attempting to quell a blaze ripping through the plane, a Cessna Citation, as black smoke billows into the air.

In a tweet, Mr Earnhardt’s sister said everyone on board the plane was safe.

I can confirm Dale, Amy & Isla along with his two pilots were involved in a crash in Bristol TN this afternoon. Everyone is safe and has been taken to the hospital for further evaluation. We have no further information at this time. Thank you for your understanding.

Mr Earnhardt, 44, was the only passenger taken to hospital, where he was treated for minor cuts and abrasions, ABC News reported.

The FAA and The National Transportation Safety Board (NTSB) have launched an investigation into the crash.

Mr Earnhardt, a two-time Daytona 500 winner, retired from racing in 2017. He is now a Nascar commentator for NBC Sports.