KUALA LUMPUR – Najib Razak was the “ultimate power” at 1MDB, a former chief executive officer of the defunct state fund has told a... 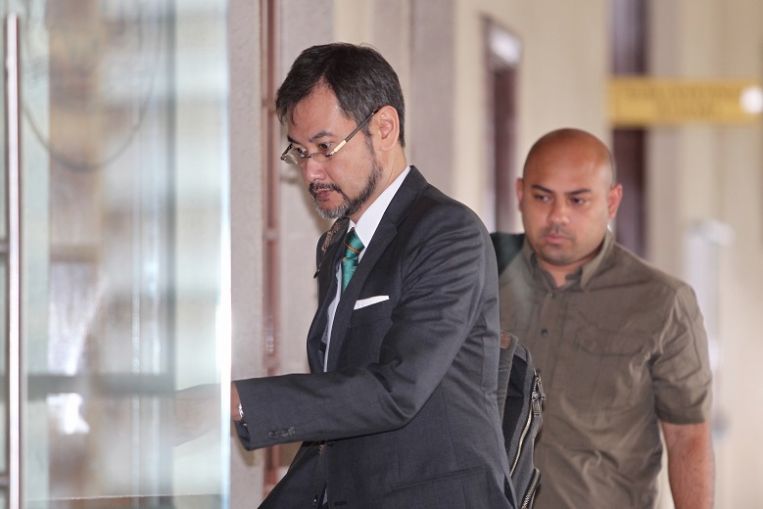 KUALA LUMPUR – Najib Razak was the “ultimate power” at 1MDB, a former chief executive officer of the defunct state fund has told a Kuala Lumpur court in the ongoing corruption and money laundering trial against the former Malaysian prime minister.

Datuk Shahrol Halmi told the court on Thursday (Oct 17) that the board of 1Malaysia Development Berhad was compelled to carry out Najib’s instructions and confirmed that Najib was the “emperor of 1MDB with no check and balance”.

He added that when he left 1MDB in 2013, he continued “to see Najib as the ultimate power in 1MDB”.

The state fund, which was set up by Najib in 2009, is at the centre of an international financial scandal in which US$4.5 billion (S$6.1 billion) was allegedly embezzled from it.

Mr Shahrol had admitted in court that he had approved the minutes of a meeting in 2011 despite not knowing its contents, because Najib had signed it first.

During questioning by Najib’s lawyer Muhammad Shafee Abdullah about the minutes of a meeting between Mr Shahrol and Najib in 2011, Mr Shahrol said he was given the minutes by fugitive financier Low Taek Jho, also known as Jho Low, who told him that Najib had agreed to it and that he should sign it too.

He said he signed it despite not knowing the contents.

“You signed a document and you did not tell the truth… You were willing to put your signature on an untruthful document,” said Shafee.

“I signed it on the basis that this is an instruction from Najib, therefore we must execute it,” said Mr Shahrol.

On Wednesday, the former 1MDB CEO said that in 2009, he signed a joint venture agreement worth US$1 billion on behalf of 1MDB with the wrong company – PetroSaudi Holdings (Cayman) Ltd instead of Saudi oil services company PetroSaudi International (PSI), which 1MDB had been in talks with.

Mr Shahrol had earlier testified that US$700 million went missing after 1MDB transferred funds to a bank account associated with Low instead of to a PSI unit.

“You are putting your US$1 billion signature on this agreement. I would be terrified if I was in your position. Didn’t you ask for further clarification?” Mr Shafee asked Mr Shahrol.

The trial continues on Monday.