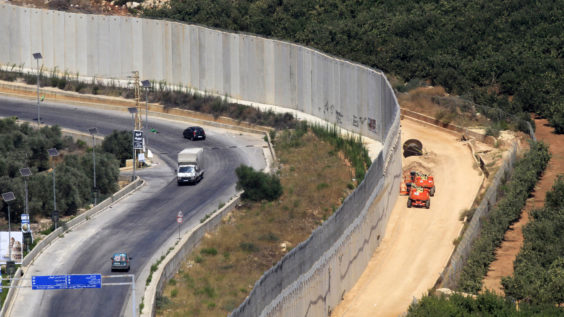 It’s been 13 years since the last bullet was fired between Israeli forces and the Shi’ite Hezbollah movement, with the picturesque, mostly hilly border between Israel and Lebanon remaining largely quiet. But that might be about to change.

The government in Beirut stressed its right to defend the country “by any means,” the incident coming just days after Hezbollah accused Israel of carrying out a separate drone attack targeting its stronghold in southern Beirut, something Israel has neither confirmed nor denied.

Hussam Rubin Arrar, an independent Lebanese political analyst based in the Lebanese capital, told The Media Line that the Sunday drone incident had been a “failed assassination attempt.” He argued that Israel would not have sent two explosives-laden drones just to obtain images of Hezbollah’s media headquarters.

“Based on faulty intelligence, Israel carried out a failed assassination attempt in the southern [Beirut] suburbs, where it expected Hassan Nasrallah to be present in the media office,” Arrar said. “In doing so, Israel broke the rules of engagement.”

Nasrallah is the longtime head of Hezbollah and is reported to be living mostly underground since the 2006 fighting. Israel assassinated his predecessor, Abbas Musawi, in 1992.

Arrar claimed that Hezbollah was planning a “calculated strike” against Israel that, if carried out, will create a new equation on the ground.

“Israel understands only the language of force,” he stressed. “Hezbollah’s response to these attacks will not be tactical, such as the planting of an IED [improvised explosive device] on the border, but rather a deterrent response. Perhaps it will take some time before the response comes, but it is inevitably coming.”

In response to the Sunday drone attacks, a visibly angry Nasrallah quickly gave a fiery speech, threatening Israel and saying the incident would “not pass” without a response. He vowed that “from now on, we will confront Israeli drones in Lebanon’s skies and work to down them.”

“[It is] highly likely, in my view,” he told The Media Line. “Of course, it all depends on how Hezbollah responds to the incursions [attributed to] Israel in south Beirut.” Neriah believes the Israelis will not allow the Iran-backed group, which has been labeled a terrorist organization by both Israel and the United States, to set the agenda.

“Hezbollah is trying to create new equation in which Israel will not be allowed to fly over Beirut,” he said. “Israel will not accept this new equation, [something that] will lead to confrontation – and on a scale of one to 10, certainly closer to 10.”

Neriah added that even without the recent developments in the skies of Lebanon, the powerful Shi’ite organization’s involvement in Syria and continued attempts to improve its military cachet will mean rising tensions with the Jewish state.

“Hezbollah has been involved in various activities against Israel,” he told The Media Line. “It is working inside Syria and trying to consolidate its position in the [Syrian part of the] Golan [Heights] and creating a new front against Israel. It also continues its efforts to improve its missile accuracy against Israel.”

The Israeli military stated on Thursday that Iran and Hezbollah have sped up their cooperation in developing precision-guided rockets after six years of failure. In a prepared statement, it said the Lebanese group already possesses dozens of such weapons.

Despite statements indicating he is trying to dial back speculation of imminent war, Nasrallah’s deputy, Naim Qassem, says Hezbollah won’t hesitate to carry out a surprise attack.

“There was aggression and we said we will retaliate, and this is what will happen,” Qassem told Russia Today on Tuesday, referring to the reported drone activities. “We want the strike to be a surprise. Therefore, it is not in our interest to reveal further details.”

Israel and Hezbollah have fought several wars, the last of which was the 33-day conflict in 2006. It killed 1,200 people in Lebanon, most of them civilians, and 160 Israelis, most of them soldiers.