Bahrain takes the lid off its longtime secret dealings with Israel, with its foreign minister openly saying that the Manama regime wants “peace” and... 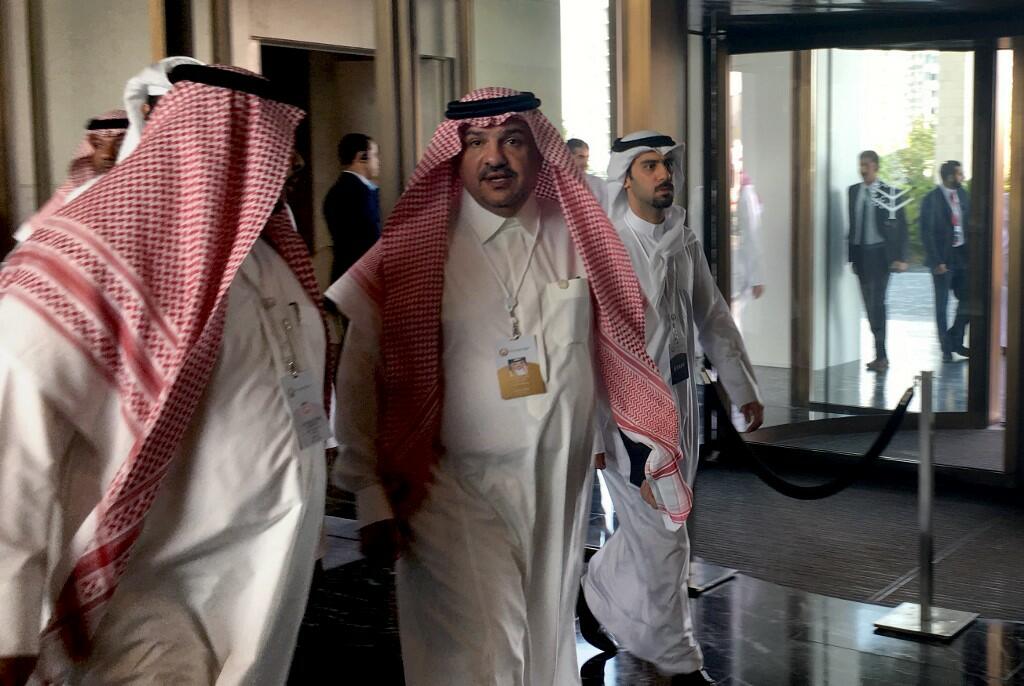 Bahrain takes the lid off its longtime secret dealings with Israel, with its foreign minister openly saying that the Manama regime wants “peace” and “better” relations with the occupying entity.

Foreign Minister Khalid bin Ahmed Al Khalifah of Bahrain made the remarks on Wednesday in an unprecedented interview with The Times of Israel on the sidelines of the Washington-sponsored Manama workshop on US President Donald Trump’s highly-controversial Middle East deal.

The top Bahraini diplomat recognized Israel’s “right to exietnce,” saying the regime is “there to stay, of course.”

“Who did we offer peace to [with] the [Arab] Peace Initiative?…We offered it to Israel,” he said. “We want better relations with it, and we want peace with it.”

The Arab initiative, which has been adopted by the Arab League, calls for the normalization of ties between Tel Aviv and Arab states in exchange for Israel’s withdrawal from lands it occupied in the 1967 war, including the West Bank, East Jerusalem al-Quds and Syria’s Golan Heights.

Khalifah also claimed that while Bahrain might be the only Arab country — besides Egypt and Jordan — to acknowledge Israel’s existence, “we know our brothers in the region do believe in it” as well.

Israel has full diplomatic ties with only two Arab states, Egypt and Jordan, but latest reports suggest Tel Aviv has been working behind the scenes to establish formal contacts with other Arab countries such as Bahrain.

The Bahraini foreign minister further encouraged Israel to approach Arab leaders about the issues of concern regarding the “peace” proposal.

“Come and talk to us. Talk to us about it. Say, guys, you have a good initiative, but we have one thing that worries us,” he said.

Khalifah also noted that Bahrain views the US-led workshop, which focused on the economic section of Trump’s proposal on the Israeli-Palestinian conflict, as a possible “gamechanger” like the 1978 Israel-Egypt Camp David Accords.

“As much as Camp David 1 was a major gamechanger, after the visit of [fromer Egyptian] President Anwar Sadat [to Jerusalem al-Quds]— if this succeeds, and we build on it, and it attracts attention and momentum, this would be the second gamechanger,” he said.

Khalifa stressed that although he has not yet seen the political part of Trump’s plan, called the “deal of the century,” but he was optimistic about it.

“We have to wait. I cannot talk about something that I don’t know. But we hope that this political plan will also be attractive to everybody,” he said.

All the Palestinian people have already rejected the deal and boycotted the related Bahrain event. The participants in the two-day meeting had ignored a Palestinian call to likewise boycott the workshop.

Speaking at the opening of the Bahrain workshop on Tuesday, Jared Kushner, Trump’s son-in-law and senior adviser, argued that agreeing to an economic pathway forward was “a necessary precondition” for resolving the conflict.

Under Trump’s economic plan, $50 billion would be injected into struggling economies in the Middle East over the next ten years. Critics say Washington is offering financial rewards for Palestinians to accept the Israeli occupation.