For Trump The Muslims Brothers are Next on The Terror List

Egypt’s Muslim Brotherhood said it will continue to work in line with “peaceful and moderate thought” despite U.S. plans to designate it as a... 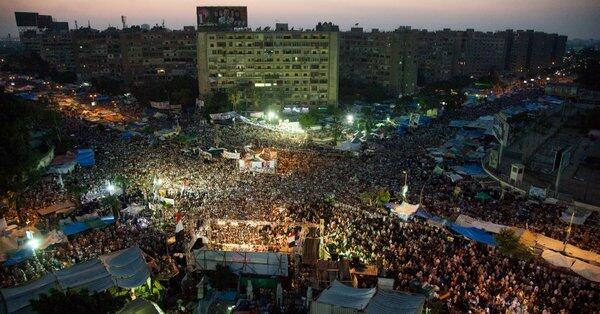 Egypt’s Muslim Brotherhood said it will continue to work in line with “peaceful and moderate thought” despite U.S. plans to designate it as a “terrorist” organization.

On Tuesday, the White House confirmed the administration of President Donald Trump was seeking to designate the Muslim Brotherhood as a foreign terrorist organization.

“It is surprising that the formulation of the U.S. administration’s tendencies is subject to repressive dictatorships in the Middle East instead of being consistent with the values and principles usually proclaimed by the American state,” the Brotherhood said in a statement.

Notably on April 9, Trump met with Egyptian President Abdel Fattah al-Sisi and discussed “the threat posed by the Muslim Brotherhood,” according to the White House.

Founded in 1928, the Brotherhood was blacklisted by the Egyptian authorities in 2013 following the ouster of Mohamed Morsi, Egypt’s first freely elected president, in a military coup led by al-Sisi in the same year.

In addition to Egypt, the designation would squarely place the U.S. alongside Saudi Arabia, the United Arab Emirates and Bahrain who all blacklisted Muslim Brotherhood.