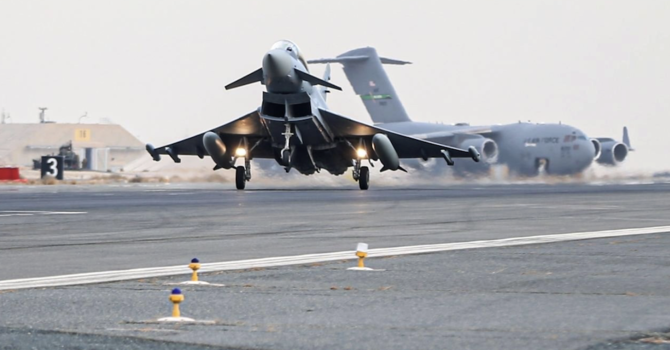 Italy1 Kuwait5
ROME: The first two of 28 Eurofighter Typhoons made in Italy for the Kuwait Air Force were delivered on Tuesday. The fighter jets were... 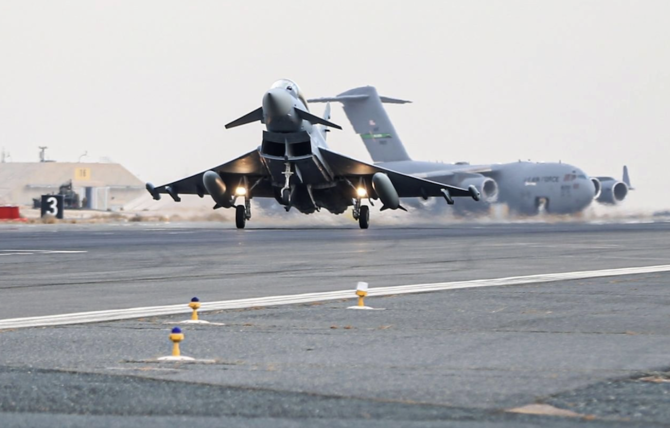 ROME: The first two of 28 Eurofighter Typhoons made in Italy for the Kuwait Air Force were delivered on Tuesday.

The fighter jets were built by Italian aerospace company Leonardo according to the specifications of the Kuwaiti Air Force.

The initial two jets are the multi-role Typhoon Tranche 3, characterized by its electronic warfare and high-speed response capabilities and advanced missile armament.

“This is an excellent operation for Italy, demonstrating the success of Italian products abroad and an important step toward consolidating the position of Italian industry in the world,” Italian Defense Minister Lorenzo Guerini said in a statement.

He said that the delivery of the first two aircraft to Kuwait was in a “particularly significant year for both countries,” as 2021 marks the 60th anniversary of the establishment of Italian-Kuwaiti relations.

Alessandro Profumo, CEO of Leonardo, said: “The Eurofighter Typhoons we have developed and produced for the Kuwait Air Force are the most advanced in the whole history of the European program. We will provide the country with an impressive air defense capability. In cooperation with the Italian Air Force we trained their pilots in our training centers in Italy, we built state-of-the-art infrastructures to support and maintain a fleet of 28 aircraft. The milestone we are celebrating today is the result of the effective cooperation between the two countries, where institutions, armed forces and industry have worked together in synergy.”

There are already many international cooperation programs in operation between the Italian Air Force and Kuwait.

These relate to people skills development at air force facilities, such as the training of Kuwaiti cadet pilots for the attainment of their military pilots’ license, advanced training for the latter’s operational conversion on the Eurofighter, and the training of aircraft maintainance workers.