Fighting for Our Past to Preserve Our Future

Al-Etihad, UAE, April 22 The fire that consumed the Church of Notre Dame in France was a tragic event and a great humanitarian shock... 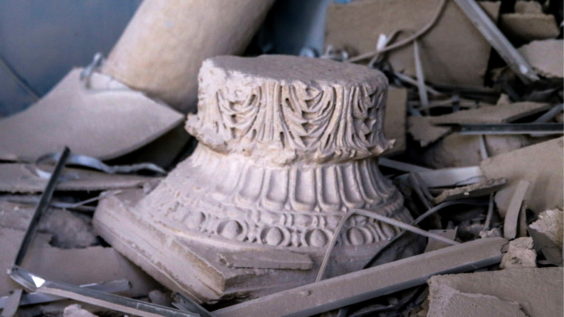 The fire that consumed the Church of Notre Dame in France was a tragic event and a great humanitarian shock for everyone who understands the value of human history. It is therefore not surprising that the fire received widespread media attention across the world. One thing shared by all mankind is our collective care for our history and archeology, the construction of museums and the preservation of physical and intangible signs of our heritage. No nation that respects itself can ignore its cultural and civilizational symbols. This has been especially true in the UAE, where history-preservation efforts have been underway for several decades. This national project has been led by Sheikh Zayed, who sought to document and preserve the history of our region. But preserving cultural and religious artifacts in the Middle East is no easy feat. The political situation in the region has not been serene, to say the least. Fundamentalist religious organizations such as the Taliban movement in Afghanistan systematically have destroyed all artifacts associated with ancient civilizations. For example, the Tall Buddha of Bamiyan, a 53-meter sculpture carved into a sandstone cliff in the Hazarajat region of central Afghanistan, was dynamited and destroyed by the Taliban in 2001. Similarly, Islamic State detonated and destroyed the Temple of Bel, a Mesopotamian temple dating back to 32 AD. It also destroyed the Roman theater at Palmyra, which dates back to the second-century CE. These sites represented thousands of years of civilization. Losing these monuments is a true loss for humanity. The important question that arises from the Notre Dame fire is, therefore, why does the western world care so much about a church in France but not about monuments located in the Middle East? What about the history that is being erased before our eyes by radical organizations located in our midst? These are no less important than Notre Dame. But the responsibility is also up to us: We must build a tolerant Muslim society and reshape the cultural discourse surrounding the cultural artifacts found in our countries. The Companions of the Holy Prophet entered many countries in the Arab and Muslim world during the period of the so-called conquests in the era of the caliphs. They did not destroy any statues or monuments. The Holy Prophet himself passed through many cities that housed non-Muslim monuments. He did not destroy any of their ancient relics. Such barbarity must never be tolerated. The events in Paris are a stark reminder to all of us. They are a reminder that we must take care of our historical monuments and protect them at any cost – not only as tourist destinations, but also as a fundamental part of our cultural legacy. This is a battle we have no choice but to win. Not only for the sake of our past, but also for the sake of our future. – Ali Hussein Bakir (translated by Asaf Zilberfarb)