Iranian football fans during a screening in Tehran of Iran’s match against Spain at the 2018 World Cup FIFA President Gianni Infantino... 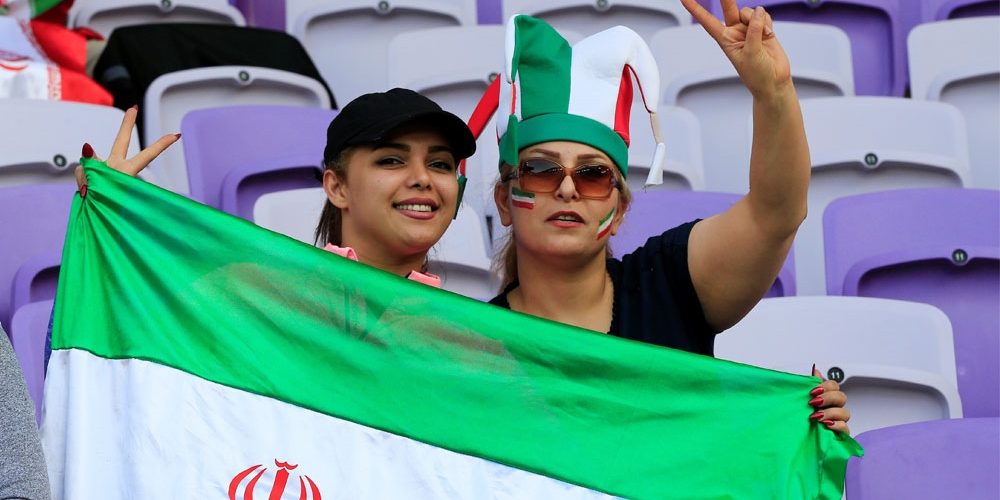 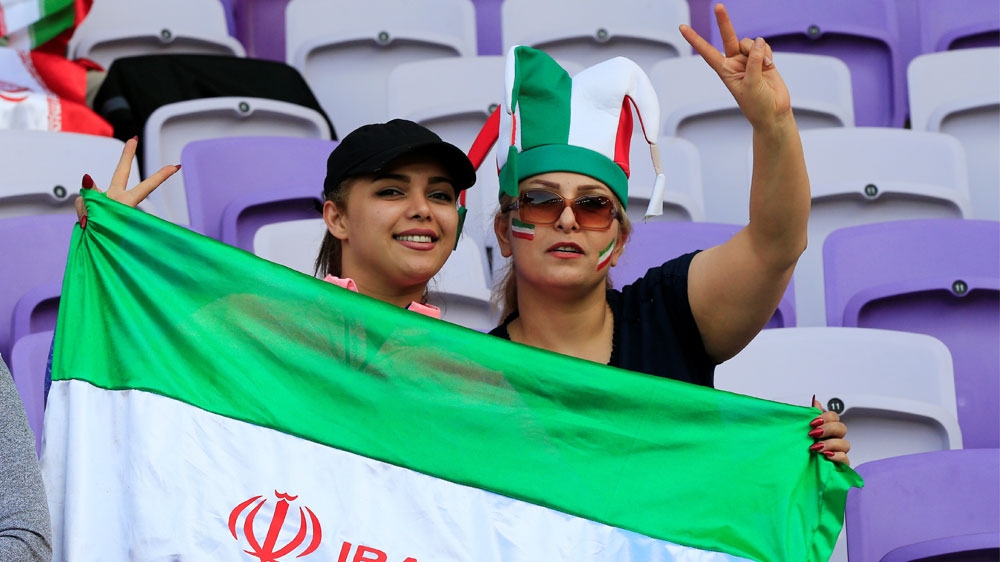 In a statement on Thursday, Infantino said he contacted Iran’s football federation and Iranian authorities several times recently and was “hopeful” they were “receptive to our repeated calls to address this unacceptable situation”.

“Our position is clear and firm. Women have to be allowed into football stadiums in Iran.”

Foreign women are allowed to watch some matches in Iran and Infantino has been urging Tehran to lift the 40-year ban imposed on local female fans after the 1979 Islamic revolution.

Despite years-long efforts, including an ultimatum that Iran would be banned from FIFA events which expired on August 31, the world football governing body has failed to compel Iran to allow women in.

FIFA’s statutes prohibit discrimination by member federations, and could allow for Iran to be suspended from international football.

Al Jazeera contacted FIFA to inquire about sanctions that Iran might face if it does not comply but no further details were given.

‘Now is the moment for change’

In 1997, male and female fans breached police barriers to enter Iran’s national stadium to celebrate the national team’s qualification for the 1998 World Cup.

In April 2006, then Iranian president Mahmoud Ahmadinejad lifted the ban on female fans only for it to be reinstated a month later.

Iran briefly relaxed its rule last November when hundreds of women were selected to attend the Asian Champions League final second-leg game between Iran’s Persepolis and Kashima Antlers of Japan at a Tehran stadium.

Attention on the ban intensified when a 29-year-old female fan, Sahar Khodayari – dubbed “blue girl” for the colours of her team’s jersey – died this month after setting herself on fire outside a court, where she feared being jailed for six months.

She had been arrested for dressing as a man to enter Tehran’s Azadi Stadium to watch her favourite team Esteghlal FC face UAE’s Al Ain in an AFC Champions League match.

This is even softer than previous letter to Iran and still is talking only about worldcup qualification matches.
Sahar’s death and activists in danger didn’t change FIFA’s action, they need process and steps for any actions!#BlueGirl#زنان_ورزشگاه

Khodayari’s death caused widespread outrage in Iran and internationally, prompting calls on social media for Iran’s football federation to be suspended or banned by FIFA.

“Now is the moment to change things and FIFA is expecting positive developments starting in the next Iran home match,” Infantino said.

Iran, who have qualified for five World Cups, including the last two, host Cambodia on October 10 in their first home game of the qualifying competition for the 2022 tournament.

Infantino’s latest attempt to put pressure on Iran did not impress the Open Stadiums women’s group which is campaigning to end the ban.

“This is even softer than the previous letter to Iran and still is talking only about World Cup qualification matches,” the group said on its Twitter account. “Sahar’s death and activists in danger didn’t change FIFA’s action, they need process and steps for any actions!”