FIBA U19 World Cup: Winners and Losers After The Group Stage

Article written in partnership with Overtime Basket The pace is frantic, but everybody knows the rule: when you’re 19 (or younger) there’s no energy... 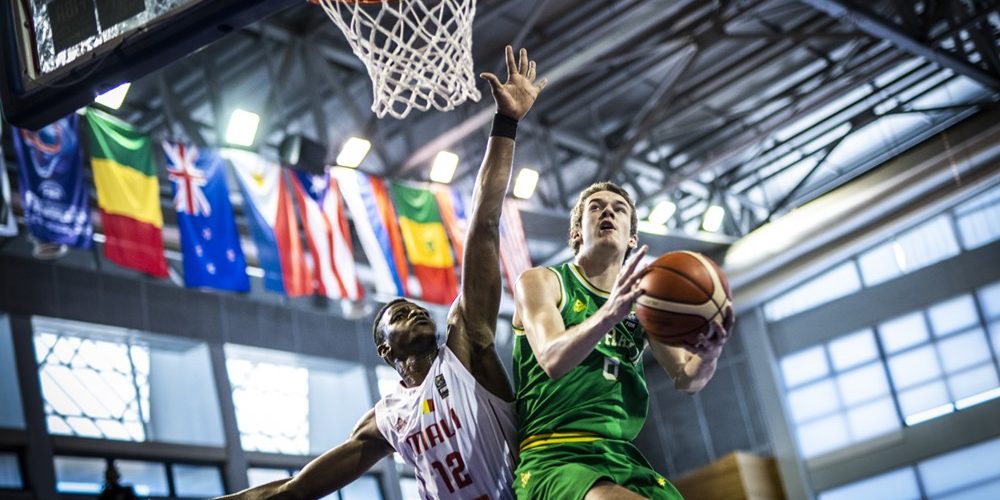 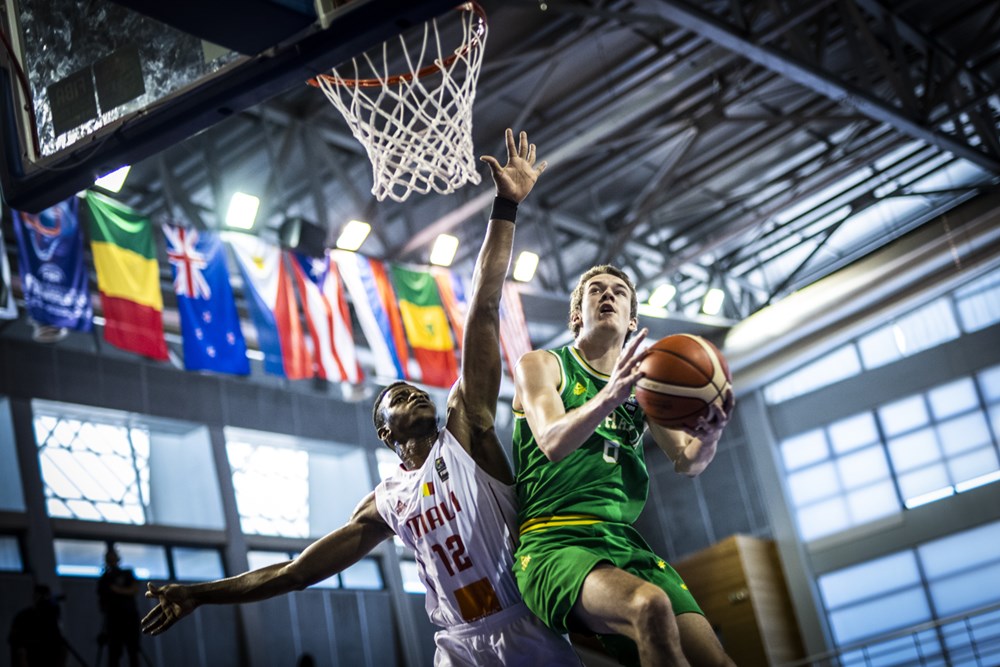 The pace is frantic, but everybody knows the rule: when you’re 19 (or younger) there’s no energy to spare. The FIBA U19 World Cup pulled up the curtain on Saturday June 29th, and the young men competing will enjoy just two days of rest until July 7th, the date set for the final match.

We’re in Heraklion, on the Isle of Crete, Greece, and the group stage action has now reached its conclusion – leaving the single elimination bracket puzzle. According to the event’s format, each of the 16 teams will qualify for the second phase, starting with the round of 16, but each group’s standing will be key in defining matchups. The dice isn’t yet thrown, not at all. Even the team that ended its group dead last will have a chance of reaching the finals, running against the odds in an uphill side of the bracket.

Just ask Latvia for proof. Try and knock at their door, to inquire about their mood. It’s hard to guess if coach Visockis-Rubenis’ team might be disheartened – three losses, even though Group B was tough, is not a proper follow up to last year’s European Championship’s silver medal. Or whether the team might be in good spirit, given how committed they are to go all-in now, with nothing to lose.

Not having Arturs Zagars around surely hurt them. He should have been their main point guard and a frontrunner for the World Cup Top 5, but he wasn’t healty enough for a spot in the final roster. His “Spanish colleague”, Arturs Kurucs, stepped up in his absence, scoring an average close to 20 points per game, but this feat didn’t avoid two breakdowns against Mali and Australia. The Canada matchup, a 78-75 loss, gives Latvian fans some reason to hope: except that their round of 16 opponent will wave the star spangled banner.

USA collected three easy wins in a row, towering over New Zealand with 111 points. More importantly, coach Weber received the news he was eagerly waiting for: his roster is indeed capable of performing in the long run and it’s well balanced, shifting gears between Jalen Green (14 points against Senegal) and Cade Cunningham (21 against Lithuania). Given the tournament’s format we need to be careful with predictions, but we feel safe to say this much: if you want to to stand a chance, you’ve got to beat the United States.

Even more so because the current titleholder, Canada, hasn’t shone so far. Nonetheless, overcoming Latvia in their last match rewarded them with group B’s first place, and their path to a medal match seems suddenly easier – or is it? Their first opponent will be Senegal, who endend fourth in USA’s group. Missing the talent of RJ Barrett – who’s making himself ready for his first season under New York’s brigh lights – coach Vanhooren’s boys were overwhelmed by Mali (more on this later) and narrowly beat Latvia and Australia: AJ Lawson is a bonafide star, but there’s also buzz around Karim Mane who’s been surprisingly good so far, leading his team in points and assists. Perhaps he’ll be their key player if they’re looking to land on the podium.

It’s time to talk about the mighty performance of Mali. This team is the tournament’s best story, hands down. This is the second time in a row that they’ve taken part in the event, but the last time around they were sent packing without scoring a single win. In Crete, it took only 40 minutes to see their revenge come true. Latvia was soundly beaten, 93 – 79, Karim Coulibaly’s game (who plays in the NCAA at Pitt) was off the charts. Then it’s Canada’s turn.

Mali led for the whole match but in the end it came down to crunch time, where Canada failed to hit the deciding three pointer. Suddenly on wobbly legs, Mali left the door open for Canada’s comeback but ended up prevailing 71 – 70. After the buzzer goes off, Malian players and supporters go wild and the hardwood itself becomes a ground for celebrations. It’s a view that conveys a strong love for the game and a genuine excitement; it would be so good to see more of this, in professional basketball. Truth be told, Mali plays a sound brand of basketball: they’re poised, energetic, nimble. Against Australia they finally debuted Oumar Ballo, the youngest of the squad but already committed to Gonzaga, and he answered the call with 20 points and 7 boards. In the round of 16, we’ll see Mali go head to head in a fun matchup against New Zealand, the best among the “Beasts from the East”: Philippines (discouraged by Ariel John Edu’s knee injury) and China has failed to perform at its best.

Coming back to Europe, Lithuania was in some way a “Baltic disappointment” too: just one win in group A, and now their bracket is an uphill race. Greece, the event’s host, has also finished Group C play with a single win, although their expectations weren’t as high: the team is young at its core, and they have reasons to smile looking at how Nikolaos Rogkavopoulos is performing one year ahead of his class. He’s already pacing his team in scoring, with 16.7 points per game.

In the round of 16 Greece will square off against France in what seems to be a “Mission Impossibile”. This iteration of the France national team is aiming for a medal, nothing to hide about it. They have a deep and athletic roster, a very resourceful array of players, plus Joel Ayayi is doing it all, and in style. He’s France’s best rebounder too: that’s no easy feat when you’re the starting point guard. Who knows, though, if France will be able to pick up their momentum after their clash against Serbia for the supremacy of group D? The match was a nailbiter, Ayayi scored 33 and Pecarski responded with 28, but in the end it came down to Serbia being an absolute juggernaut in the paint. Serbia now has three wins in a row – but almost gifted Puerto Rico with the chance at a miracle comeback – Serbia boasts the rock-solid duo of Pecarski and Petrusev (21.3 points per game each) and keeps looking at the road ahead, feeling all but content after last year’s FIBA U18 European Championship gold medal.

We stay in Europe to give credit to perennial contender Russia; their group stage has been impressive, decorated by two moments to remember: Nikita Mikhailovskii’s 20 + 13 + 12 triple double, the first one in the U19 World Cup since Dario Saric in 2013 (as odd as it may seem, in the previous game Mikhailovskii had failed to score a single basket, with 10 missses on 10 shots), and an early candidate for “match of the tournament”: a 86 – 84 overtime defeat.

Argentina came out on top of that one, and it’s safe to say that albiceleste has been one of the best looking underdogs of the event so far. After three wins in a row they’re waiting Puerto Rico as their round of 16 opponent, and it’s worth noting that Argentina has gone so far without the support of star player Leandro Bolmaro, of Barcelona, injured in that very first game againts Russia. In his wake, Juan Ignacio Marcos and Francisco Caffaro brought their A-game, with strong showings from Francisco Farabello too. This is how the single elimination bracket has shaped up. Matches begin on Wednesday July 3rd; the first round of fights to see who’ll be the last one standing as the new King of Crete.