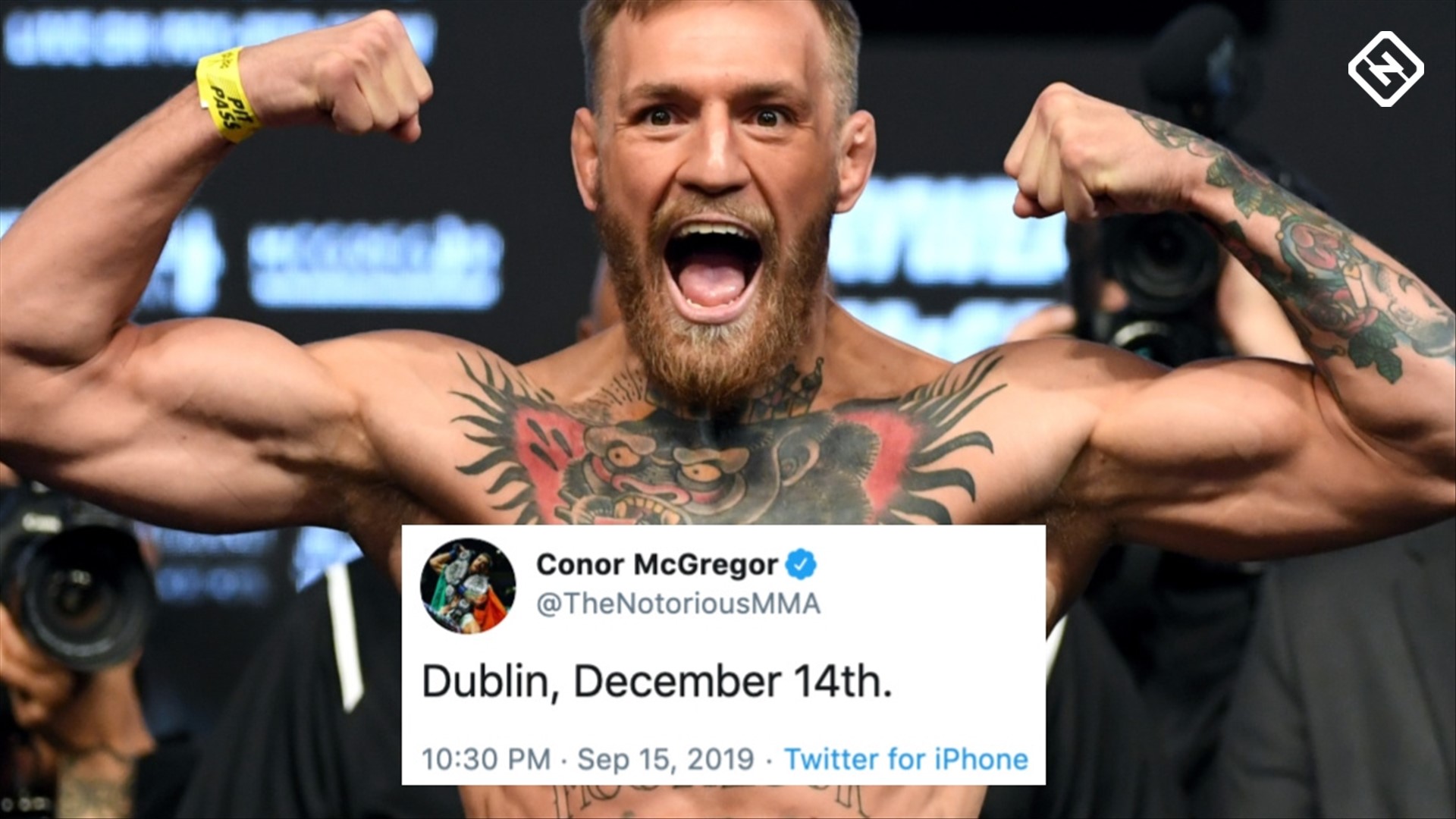 Fans think Conor McGregor will make his highly-anticipated return to UFC in December after the 31-year-old shared a cryptic tweet Sunday night.

MORE: Conor McGregor remorseful for his recent troubles outside the UFC

Despite his absence from the octagon, the UFC fighter has still found a way to stay in the headlines, thanks to a string of violent incidents that includes punching an elderly man in the face at a Dublin pub.

He showed remorse for his actions in an interview with ESPN.

The possibility of his return has a lot of fans excited: