Several paths seen as possibilities for replacing Netanyahu as prime minister Israeli Prime Minister Binyamin Netanyahu has given up on his attempt to form... 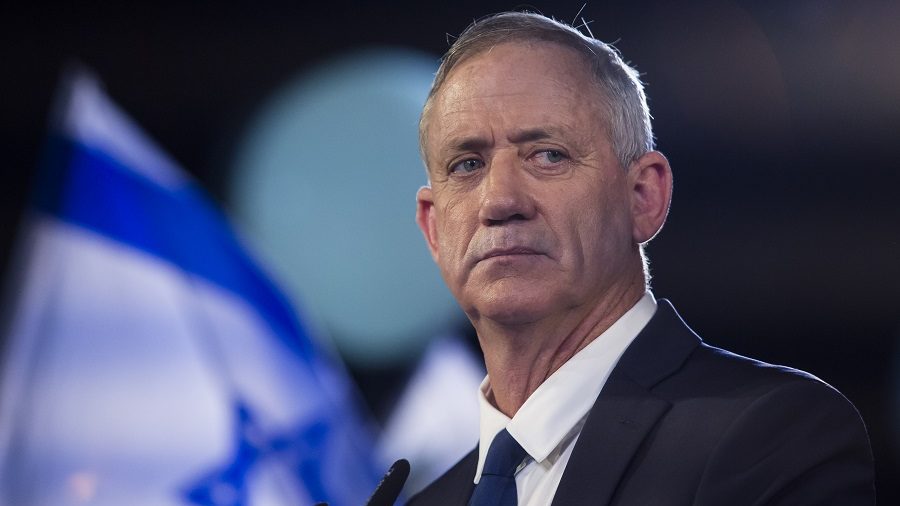 Israeli Prime Minister Binyamin Netanyahu has given up on his attempt to form a new government and is returning the mandate to establish a ruling coalition to President Reuven Rivlin.

Rivlin tweeted his acknowledgment and said he intended to give Benny Gantz, head of Israel’s centrist Blue and White alliance, the chance to form a new government within 28 days. Gantz could receive the official mandate as early as Wednesday morning.

In Israel, the president is tasked with deciding who will be given the opportunity to form the next government, which is done based on who he believes is most likely to cobble together a 61-seat majority coalition in the 120-member Knesset. He reaches this decision based on recommendations from all the parties.

Rivlin had given Netanyahu the mandate to form a government after last month’s election, in which the Likud Party received 32 seats, and Blue and White 33.  Even though the Likud won fewer seats, Netanyahu received more recommendations from other factions.

Netanyahu had also been given the opportunity to form a government after Israel’s first election in April, but after being unable to succeed, he chose to dissolve the Knesset and opt for a redo vote – surprising Rivlin, who by custom is supposed to have the mandate given back, and angering many voters.

Einat Wilf, a former member of Knesset and author of the book It’s Not the Electoral System, Stupid, told The Media Line that Israeli politics was “on relatively new ground.”

“We’re in uncharted territory,” she said. “For the first time in a decade, a person who is not Netanyahu has been given the chance to form a government. What I think everyone is trying to asses right now is the psychological impact of being in this situation, especially being under the gun of… a third election, which is considered by many a truly terrible option.”

Mitchell Barak, an expert on public opinion, says Netanyahu probably sees Gantz as having no better chance to form a government.

“Netanyahu probably believes he is going to be prime minister; it’s just a question of whether Gantz is going to realize it,” Barak told The Media Line.

“Gantz is going to fail,” he explained. “The other parties will cave in or we’ll go to a third election. There’s no way Netanyahu thinks he’s losing.”

Barak added that Gantz is probably quite pleased he’ll now have a chance to try.

“Gantz actually thinks this is better than having gotten [the initial nod to form a coalition] and failed,” he said, explaining that there will now be more pressure on parties to cave in to other parties’ demands as the public makes it even more clear that it does not want to go to the polls yet again.

Experts say that one way Gantz can succeed is by forming a coalition with the social-affairs-oriented Labor-Gesher and Democratic Union parties, and pry away ultra-Orthodox parties that are currently in Netanyahu’s camp.

“If Gantz could break apart a bit of the right-wing bloc, he might have some possibilities, and that could happen especially with the ultra-Orthodox,” Chemi Shalev, a senior commentator for the Haaretz daily, told The Media Line.

Wilf said that if Gantz is unable to win the support of the ultra-Orthodox parties, another path is a minority government that would include Avigdor Liberman’s right-wing Yisrael Beitenu Party – although the mostly Arab Joint List would have to support such a coalition from outside the government.

Liberman refused to join a coalition with Netanyahu in April because ultra-Orthodox parties that had made it clear they would join would not take up a bill to draft young ultra-Orthodox men into the army. Wilf said that Liberman “would benefit from joining Gantz because a large amount of secular legislation could then be passed in a relatively short amount of time.”

She added that “the Arab parties would benefit because a Gantz government would pass legislation that benefits their community,” a sector largely ignored when it comes to political patronage.

“A Gantz minority government would buy the Likud time to come to terms with Gantz being prime minister, and allow the Likud to cut ties with the religious parties and… join Gantz in a secular national unity government,” she explained.

“If properly presented, it could work,” she insists. “Given the way Israel’s legal and electoral system works, such a government could actually last quite long.”

Shalev is skeptical about the chances that a minority government will survive.

“A minority government would be very flammable given the political atmosphere in Israel. I don’t know if that’s such a desired outcome, and I’m not even sure that Gantz wants it,” he explained.

For a minority government to be formed, he said, “Gantz must get the support of Liberman. This would mean that Liberman would have to act differently than he has in the past and agree to support a government that relies on Israeli Arabs” and their parliamentarians’ votes.

“The first thing Gantz has to do is keep Liberman on his side and coordinate with him,” Shalev continued. “I think what Liberman wants is to sow the seeds of rebellion in the Likud, which would either get rid of Netanyahu or see a faction break away from the Likud and join a Gantz government. I think that’s his dream scenario.”

But according to Avraham Neguise, a former Knesset member from the Likud, the party will not abandon Netanyahu.

“He was elected as chairman of the party by the party members, and is the only leader according to the party’s rules, so there is no possibility of abandoning Netanyahu,” he told The Media Line.

Neguise said this would be true even considering Netanyahu’s possible indictment on corruption charges.

“I don’t think there will be an indictment,” Neguise said. “If there is an indictment, though, it could take many years until there is a judgment, and until then, Netanyahu could continue as prime minister.”

“At the end of the day, I think something is going to be formed with Blue and White and the Likud,” he said. “It’s just a question of what. Gantz is the only one in the State of Israel who can actually form a government – there’s no other citizen who can do so now. They have 28 days, so his chances are pretty good.”

Wilf agrees, saying that “if you just go through the process and see how at every point he tended to be underestimated, I am led to assess that despite the numbers supposedly not adding up, Gantz has a better chance than people think he does because people tend to come together under his leadership.”

“Gantz cannot establish a government unless Liberman and the Arab parties join, but I don’t think that’s possible” he said. “Therefore, the only real solution is to not waste time. It’s better that the Knesset dissolve itself and declare an election as soon as possible.”

According to the opinion polls, this will not make voters too happy.