This post was originally published on this siteA drug that scientists originally developed to treat depression may have promise for the treatment of opioid... 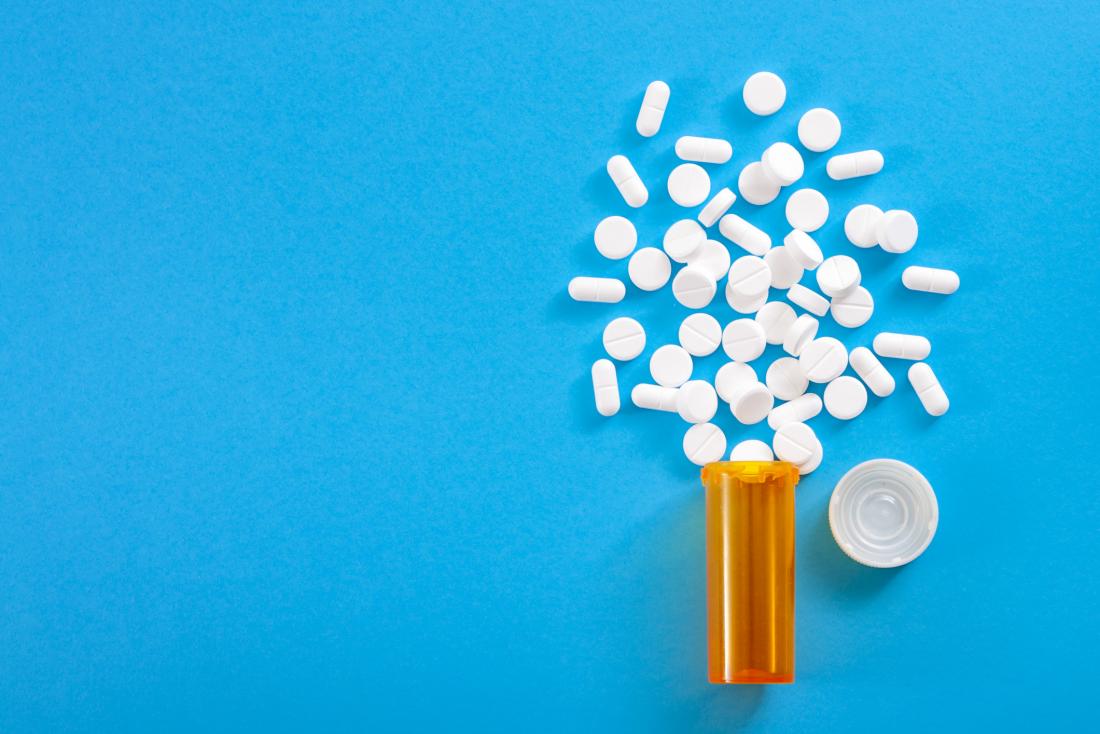 Opioid withdrawal is a challenging experience, and although there are medications already on the market that can help curb the symptoms of withdrawal, these drugs cause negative side effects.

Current withdrawal medications also often require people to take them for a prolonged period, which is not ideal and could lead to a relapse.

There may be encouraging news on the horizon, however. New research highlights the possible benefits of an experimental drug called rapastinel, which scientists initially created to help those with major depressive disorder.

This new research showed that rats responded positively to rapastinel in opioid withdrawal studies. The researchers noted that rapastinel had a significant effect on withdrawal in just a few days, which could make it a candidate for future testing in human participants in a clinical setting.

The first few days after halting opioid use can be very difficult because the withdrawal symptoms can be exceptionally severe. This stage is when rapastinel could potentially be useful, as it may help ease those symptoms without the additional burden of side effects. It could also reduce the need for prescription drugs that require long-term use for a person to avoid relapse.

“We have found that rapastinel has potential as a new treatment for opioid dependence, as it is effective in reducing withdrawal signs and has not been shown to produce any negative side effects,” notes Julia Ferrante, an undergraduate at Villanova University in Pennsylvania.

Ferrante conducted the research with Cynthia M. Kuhn, Ph.D., a professor of pharmacology and cancer biology at Duke University in Durham, NC. The findings featured at the American Society for Pharmacology and Experimental Therapeutics annual meeting, which took place recently during the Experimental Biology 2019 meeting in Orlando, FL.

Opioid use disorder is a chronic condition that can significantly affect a person’s health, job, and financial situation. While doctors prescribe opioids in cases of severe, postsurgical, or chronic pain, they are also often accessible on the black market.

Legal opioids include oxycodone, oxymorphone, hydrocodone, codeine, morphine, fentanyl, and buprenorphine. Heroin, an illegal drug, is another example of an opioid.

In some cases, opioid use can lead to addiction. These drugs can also cause severe health problems and sometimes even result in overdose and loss of life. According to estimates, the misuse of prescription opioid medications and heroin affects more than 2 million people in the United States every year.

People commonly take methadone or buprenorphine to alleviate some of these symptoms, but these drugs are also opioids and can be addictive. They also have side effects of their own and can often only prevent a relapse if people use them for an extended period.

Rapastinel as a withdrawal treatment

Recent clinical trials found that rapastinel is not effective for depression, but they did reveal that people can tolerate the medication well and that it does not cause significant side effects.

The new research involving rats going through withdrawal showed that the rodents that received rapastinel had far fewer withdrawal signs than those that the researchers gave either ketamine or a saline solution.

While these results are promising, it will take some time before rapastinel reaches clinical trials in humans. Until then, researchers will conduct more studies to determine how rapastinel works on a molecular level and how it might work to prevent relapse.

“By reducing withdrawal symptoms, the patient feels less discomfort during treatment, and we hypothesize this would lead to a decreased risk of relapse,” says Ferrante.

“Rapastinel research for opioid dependency is currently only being done in rodents, but if the drug continues to have successful trials, it may enter clinical trials for use in humans.”

Source: This post was originally published at Medical News Today on 14 April 2019 7:00 AM.

The Delhi Election and the Making of a Hindu Voting Bank