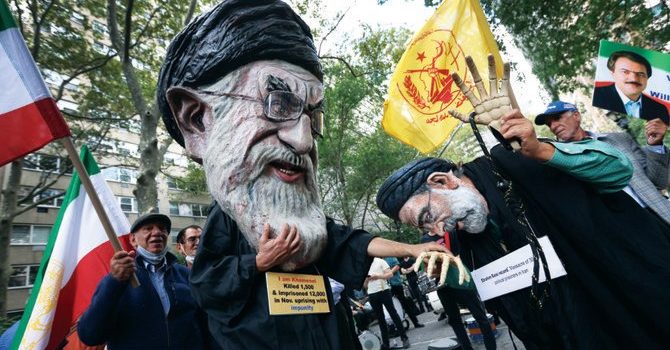 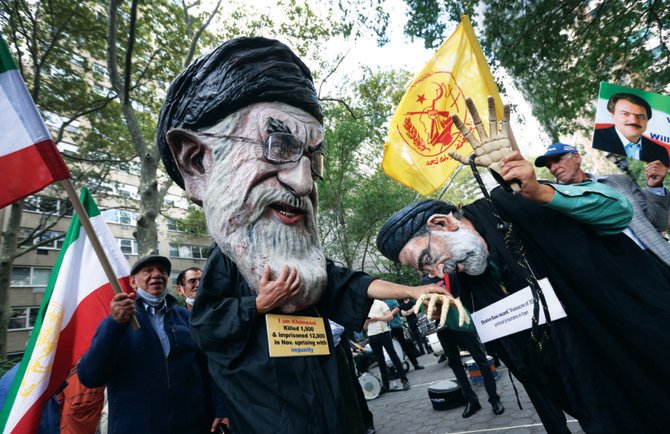 BRUSSELS: The EU’s foreign policy chief Josep Borrell said on Wednesday Iran’s top diplomat had assured him at their first meeting that Tehran was ready to restart talks on the nuclear deal soon.

EU-mediated negotiations began in Vienna in April aimed at reviving a 2015 nuclear agreement between Tehran and world powers — an accord left hanging by a thread after former US President Donald Trump unilaterally withdrew in 2018 and ramped up sanctions.

The discussions, which involve the remaining parties seeking to persuade Washington to rejoin the deal and Iran to return to its nuclear commitments, have been stalled since June, when ultraconservative Ebrahim Raisi was elected as Iran’s president.

An EU statement said Borrell “underlined once again the great importance of a quick resumption of the Vienna talks” at a meeting on Tuesday with Iran’s new top diplomat Hossein Amir-Abdollahian on the sidelines of the UN General Assembly.

“The Iranian Foreign Minister assured of the willingness to resume negotiations at an early date,” the statement said.

Raisi voiced support on Tuesday in his international debut for reviving the nuclear accord, even as he berated the US.

“The Islamic Republic considers useful talks whose ultimate outcome is the lifting of all oppressive sanctions,” Raisi said in a recorded speech to the UN.

Iranian Foreign Ministry spokesman Saeed Khatibzadeh said he expected a resumption of the talks “in the coming weeks,” without giving an exact date.

The 2015 nuclear agreement offered Iran a reduction of UN sanctions in return for strict limits on its nuclear program, but Tehran has progressively stepped away from its commitments in the wake of Trump’s withdrawal and imposition of sanctions.

Trump’s successor Joe Biden has signaled a willingness to return to the deal, which was negotiated when he was Barack Obama’s vice president and under Iran’s moderate President Hassan Rouhani.

In a letter to President Biden, ahead of his speech at the UN General Assembly, more than 400 Iranian-American scholars urged the president to call for Raisi to stand trial before an international tribunal for his role in the 1988 mass execution of dissidents. Dissidents have zeroed in on his role in a “death commission” that ordered the executions of thousands of political prisoners in 1988.

Iran’s new president slammed US sanctions imposed on his nation as a mechanism of war, using his first UN address since his swearing-in to forcefully call out Washington’s policies in the region and the growing political schism within America.

“Sanctions are the US’ new way of war with the nations of the world,” Raisi said, adding that such economic punishment during the time of the COVID-19 pandemic amounts to “crimes against humanity.”

In taking aim at the US, Raisi also referenced the shocking Jan. 6th insurrection on Capitol Hill by supporters of then-President Donald Trump, and the horrific scenes at Kabul airport last month as desperate Afghans plunged to their deaths after clinging to a US aircraft evacuating people.

“From the Capitol to Kabul, one clear message was sent to the world: The US’ hegemonic system has no credibility, whether inside or outside the country,” Raisi said.

He said “the project of imposing Westernized identity” had failed, and added erroneously that “today, the US does not get to exit Iraq and Afghanistan but is expelled.”