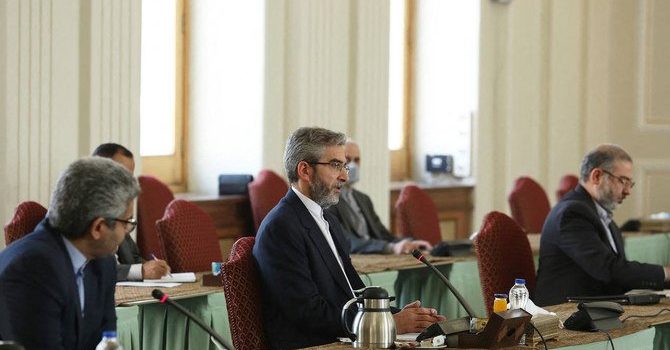 EU6 Iran26 Nuclear Deal1
LUXEMBOURG/JEDDAH: The European Union will not hold talks in Brussels on Thursday with Iran on restarting negotiations over the nuclear deal, a spokeswoman for... 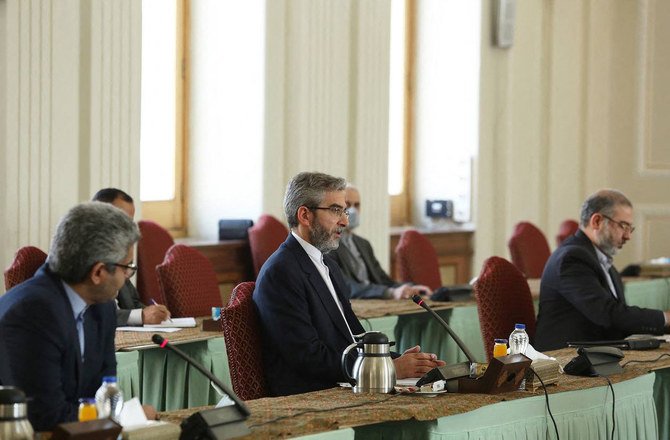 LUXEMBOURG/JEDDAH: The European Union will not hold talks in Brussels on Thursday with Iran on restarting negotiations over the nuclear deal, a spokeswoman for the bloc said Monday.
Spokeswoman Nabila Massrali said “there will not be a meeting Thursday”, despite Tehran’s foreign ministry saying talks would happen that day in the Belgian capital.

Two Iranian members of parliament earlier said on Sunday that aimed at reviving the collapsed Iran nuclear deal will resume this week.

After a private meeting with Foreign Minister Hossein Amir-Abdollahian, MP Ahmad Alirezabeigui said “talks with the 4+1 Group will restart on Thursday in Brussels.” Another Iranian MP, Behrouz Mohebbi Najmabadi, said negotiations would resume “this week.”

The 4+1 Group consists of four UN Security Council permanent members — Britain, China, France and Russia — and Germany. They began negotiations with Iran in Vienna in April over reviving the 2015 Joint Comprehensive Plan of Action, the agreement with world powers to curb Iran’s nuclear program in return for lifting economic sanctions.

That deal collapsed in 2018 when the US pulled out and President Donald Trump reimposed sanctions, and Iran responded by breaching the deal’s restrictions on its enrichment of uranium.

Trump’s successor Joe Biden is keen to revive the deal and the US is taking part indirectly in the Vienna talks. However, discussions have been suspended since June in a stalemate over who concedes first — Iran by complying with the agreement, or the US by lifting sanctions. US allies in the Gulf, including Saudi Arabia, are also concerned that the agreement fails to address wider issues such as Iran’s ballistic missiles and its malign regional activities.

EU diplomatic chief Josep Borrell said at the weekend he was ready to meet Iranian leaders. “The goal remains to resume negotiations in Vienna as quickly as possible,” his spokesman said.