EU and UK officials will resume Brexit talks this morning in the hopes of reaching a deal that can be agreed by leaders at... 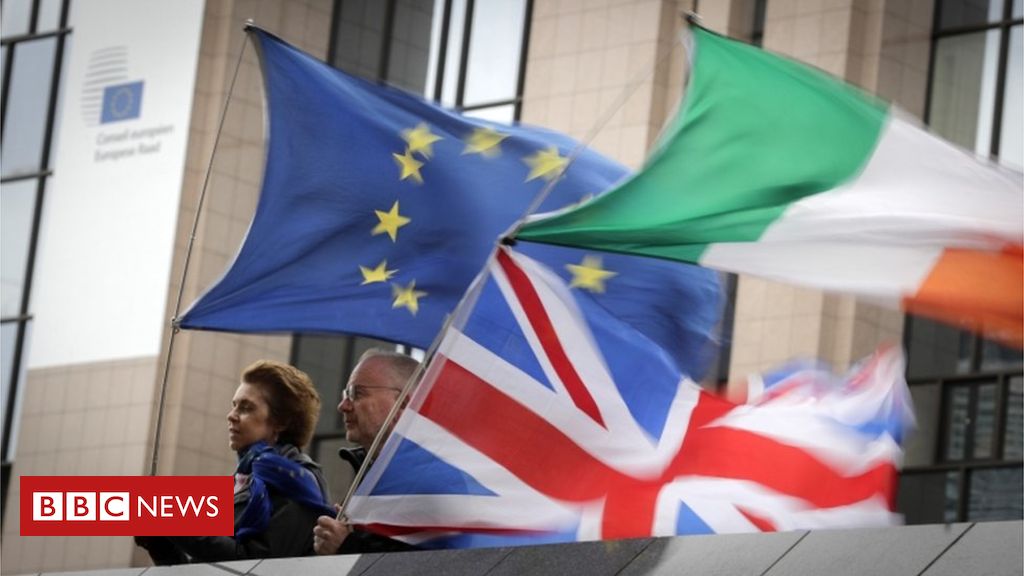 EU and UK officials will resume Brexit talks this morning in the hopes of reaching a deal that can be agreed by leaders at a key summit on Thursday.

Prime Minister Boris Johnson is expected to update the cabinet on the progress of the negotiations, which continued through the night.

On Tuesday there were reports a deal was imminent amid claims the UK had made concessions over the Irish border.

But Downing Street said there was “more work still to do”.

The EU’s chief negotiator, Michel Barnier, will update the bloc on what progress has been made between the two sides when he briefs EU commissioners and ambassadors later.

Mr Johnson is facing a race against the clock to reach a new Brexit deal before the two-day gathering of EU leaders.

Any deal will need to be published – along with a legal text – if the EU27 are to consider ratifying the withdrawal agreement at their summit.

That meeting is crucial because under legislation passed last month – the Benn Act – Mr Johnson is compelled to ask the bloc for a delay to Brexit if he does not get a new deal approved by MPs by Saturday.

The UK is due to leave the EU at 23:00 GMT on 31 October and the prime minister has repeatedly insisted he will not request a delay.

But in addition to the challenges of reaching an agreement with the EU this week, Mr Johnson also requires support from Conservative Brexiteers and Democratic Unionists if he is likely to get his deal through Parliament.

Such support rests on the UK’s proposed alternative to the Irish backstop – the measure aimed at preventing a hard border on the island of Ireland.

On Tuesday evening, Mr Johnson held a series of talks with backbench MPs and leaders of the DUP.

After a 90-minute meeting with the prime minister, the DUP said “it would be fair to indicate gaps remain and further work is required”.

Earlier in the day, the party’s leader, Arlene Foster, said the party could not accept reported plans of a customs border in the Irish Sea – meaning Northern Ireland would be treated differently from the rest of the UK.

Another Brexiteer, former Northern Ireland Secretary Owen Paterson, told the Sun he would wait to see the full details of a deal, but added that a border down the Irish Sea would be “unacceptable”.

However, the chair of the pro-Brexit European Research Group, Steve Baker, struck a more upbeat tone, saying he was “optimistic” that “a tolerable deal” could be reached.

Jacob Rees-Mogg, the leader of the Commons and a former ERG chair, told LBC: “I think the votes are there now for a deal.”

DBP. Let’s have a new one, a new acronym of course, because Brexit has been nothing if not a journey through collections of syllables that once might have seemed unfamiliar to even political aficionados, but now trip off the tongue.

ERG, obvious too, the European Research Group – the Brexiteers’ club.

Then there is NCP, what was once upon a time Theresa May’s plan for customs, the IP, the implementation period, the departure lounge after Brexit, and so on, and so on, and so, until we all lose the will to live.

If you are still with me then let’s introduce ‘DBP’, because on a very odd day in Westminster, it’s the phrase I have heard almost more than any other – difficult but possible.

Regardless of what happens in Brussels, a showdown is anticipated in an emergency sitting of Parliament on Saturday – the first in 37 years, if it goes ahead.

MPs will be able to back or reject any deal presented to them and there will be discussions on what to do next.

However, Mr Rees-Mogg did not confirm the sitting would happen, saying it would depend on events in Brussels.

BBC Brussels reporter Adam Fleming said the widely-held view among the EU was that the UK was unlikely to be leaving on 31 October, and the question was whether an extension could be short in order to iron out some small issues, or had to be much longer to deal with bigger problems.

Thursday 17 October – Crucial two-day summit of EU leaders begins in Brussels. This is the last such meeting currently scheduled before the Brexit deadline.

Saturday 19 October – Special sitting of Parliament expected – and the date by which the PM must ask the EU for another delay to Brexit under the Benn Act, if no Brexit deal has been approved by MPs and they have not agreed to the UK leaving with no-deal.

Thursday 31 October – Date by which the UK is currently due to leave the EU.