The dam is about 70 percent complete and is expected to provide much-needed electricity to Ethiopia’s 100 million people Ethiopia‘s prime minister... 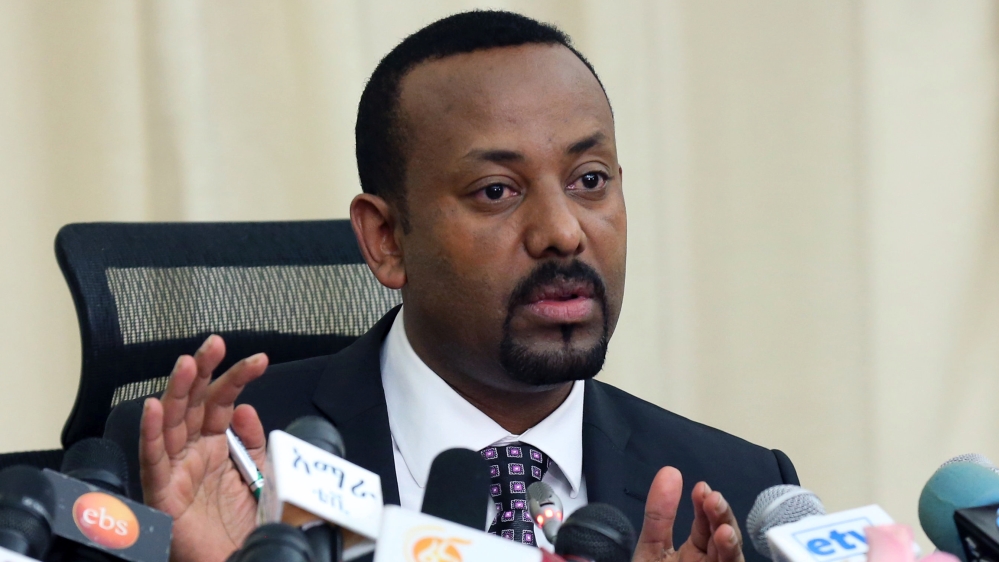 Ethiopia‘s prime minister has warned that if the need arises to go to war over a dam project disputed with Egypt, his country could ready millions of people, but that only negotiation can resolve a current deadlock.

Abiy Ahmed made the remarks on Tuesday during a parliament question-and-answer session, his most prominent public appearance since winning the Nobel Peace Prize on October 11.

“Some say things about use of force (by Egypt). It should be underlined that no force could stop Ethiopia from building a dam,” Abiy said.

“If there is a need to go to war, we could get millions readied. If some could fire a missile, others could use bombs. But that’s not in the best interest of all of us,” he added.

Abiy stressed that his country is determined to finish the dam project, which was initiated by former leaders, “because it’s an excellent one.”

Talks collapsed earlier this month over the construction of the $5bn dam, the largest in Africa, which is approximately 70 percent complete and is expected to provide much-needed electricity to Ethiopia’s 100 million people.

Egypt, with a similar population, fears the Nile dam will reduce its share of the river and leave the country with dwindling options as it seeks to protect its main source of fresh water.

Pro-government media in Cairo have cast the issue as a national security threat that could warrant military action.

Earlier this month, Egypt blamed Addis Ababa after talks between the two countries ended without an agreement.

“The negotiations on the Renaissance dam have reached a deadlock,” Egypt’s irrigation ministry said in a statement on October 6.

The statement claimed the Ethiopian delegation “rejected all the proposals that take Egypt’s water interests into account” and presented one that “lacked guarantees” on how to deal with droughts that may occur in the future.

Egypt depends on the Nile for about 90 percent of its needs for irrigation and drinking water and says it has “historic rights” to the river guaranteed by treaties from 1929 and 1959.

Ethiopia responded by dismissing Cairo’s assessment of the latest talks.

“The allegation that talks ended in a deadlock is completely false,” Ethiopian minister for water and energy, Selishi Bekele, said.

“Some progress has been made… there are some pending issues, but we believe that these pending issues can be solved before completing the construction of the dam,” he added.