In the latest installment of the JD NXTGEN series at the Motorpoint Arena in Nottingham, England, Enrique Tinoco pulled off an upset by outclassing... 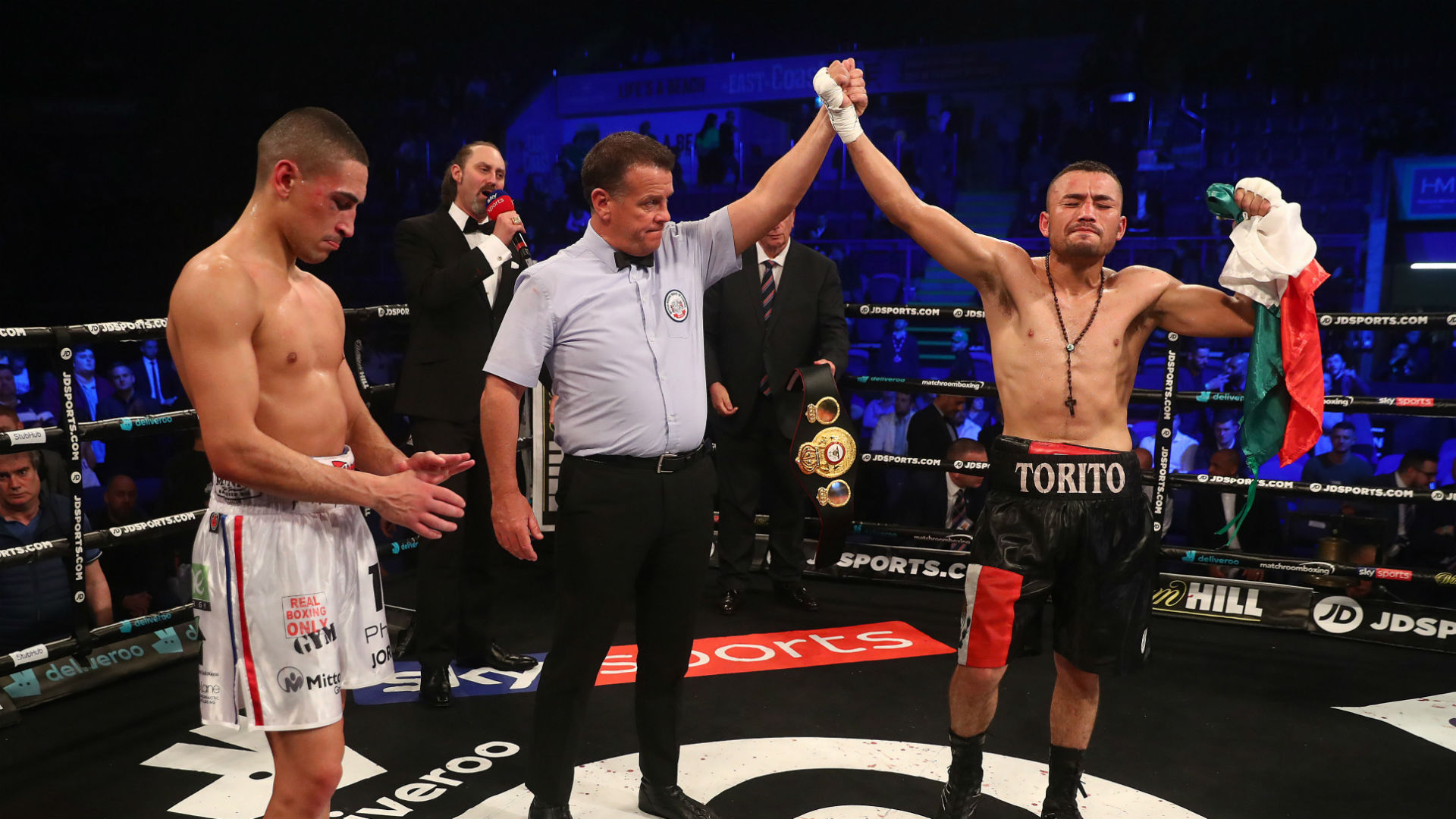 In the latest installment of the JD NXTGEN series at the Motorpoint Arena in Nottingham, England, Enrique Tinoco pulled off an upset by outclassing the undefeated Jordan Gill to win the WBA International featherweight title.

Gill (23-1, 7KOs) was making his first title defense but was turned back and suffered his first professional defeat at the hands of the rugged switch-hitting Tinoco (18-5-4, 13 KOs).

Both men used their hand speed to land jabs and counter hooks in an exciting opening round which only had a pause when Tinoco accidentally tripped over Gill’s feet. The former Mexican featherweight champion started the second round landing a straight right hand to the body and continued to effectively land body shots throughout the round while changing from orthodox to southpaw. Gill struggled to deal with Tinoco’s approach and was sent to the canvas by a body shot in the third round but managed to survive to see the end of the round.

Tinoco continued to apply the pressure in the middle rounds and dropped Gill in the fifth with an uppercut for the second time in the fight. Tinoco sought the knockout and went in for the kill in the sixth round but was wayward with his accuracy, which allowed Gill to land a couple of punches of his own. As the eighth round came to an end Gill was caught with yet another body shot that had the Brit down for another 8-count. After absorbing so much punishment, Gill was unable to come out for the ninth frame.

Afterward, Gill suggested that food poisoning was the reason why the body punishment took a toll on him and that he would have pulled out of the fight given a chance to do it over. Nevertheless, a massive upset in England and a rematch will likely be on the horizon.

Join DAZN to watch Joshua vs. Ruiz plus 100+ fights a year

Co-main event: ‘Leigh-thal’ Wood KO’s Doyle in the tenth round

The 30-year-old Nottingham native was in complete control from start to finish. A cagey opening to the fight saw Wood using his jab while Doyle was unable to cut off the ring.

Wood started imposing himself during the second round by leading with his jab but not landing any combinations. Wood landed a four-punch body combination that woke the crowd up midway through the third and unleashed a wicked combination toward the end of the fourth that rattled Doyle. Wood caught Doyle flush on the chin in the fifth, which sent him staggering back and covering up from the head shots that were coming his way.

Wood, well ahead on the scorecards, started to pick Doyle off as the fight continued. With Doyle’s gas tank empty, Wood crashed a right hook to the temple that sent his opponent stumbling across the ring to the ropes. Wood went in for the kill and landed a six-punch combo, punctuated by a left hook that sent Doyle to the canvas for good.