England takes the World Porridge Making title in the Highlands

An English woman has scooped the World Porridge Making Championship title. Lisa Williams, from Suffolk, claimed the golden spurtle in the 26th year of... 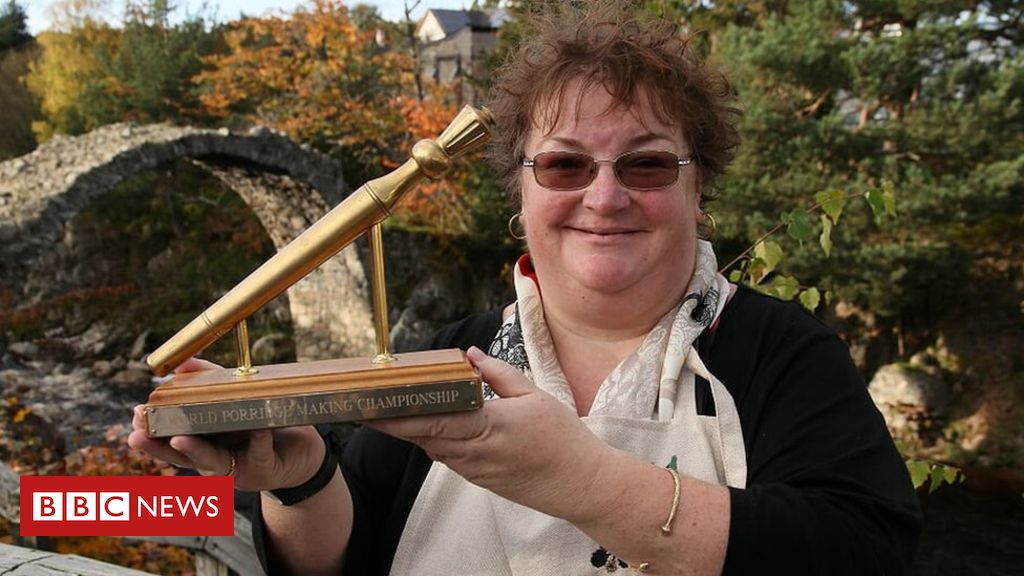 Lisa Williams, from Suffolk, claimed the golden spurtle in the 26th year of the competition, which is held in Carrbridge every year.

The title is awarded to the contestant deemed to have made the best traditional porridge using just three ingredients – oatmeal, water and salt.

Ms Williams said: “I am surprised and thrilled to win the World Porridge Making Championships.”

She added: “I discovered the golden spurtle in 2015 and immediately fell in love with the competition. In 2016 I made it to the final six and have been chasing the dream ever since.

“I absolutely love the competition. From the moment you step into the hall you are welcomed like family.

“It’s hard to describe, but from the flags and the tartan, to the people from the village who organise everything, the ladies who serve the porridge, the volunteers who wash up our equipment, the porridge parade, the bagpipes – it’s just magical.”

Ms Williams runs a social enterprise and a community cafe for adults with learning disabilities in Trimley St Mary.

Her winning recipe was made with half Scottish oatmeal and half pinhead oatmeal, along with Maldon sea salt.

“I didn’t used to use salt in my porridge, but I saw Nigel Slater using it years ago and have been doing the same ever since” she said.

The judges tasted more than 60 porridges throughout the day.

Nick Barnard, from London, won the speciality title with his maple pecan porridge. It included oatmeal, pecans from South Africa and Guernsey cream from a farm in Somerset.

Charlie Miller, from the organising committee, said: “This year’s competition attracted competitors from 11 different countries including Sweden, Canada, Germany, France, Poland and from across the UK.

“It has been a fantastic weekend celebrating a mutual love of porridge. Congratulations to our winners, well done to all competitors, and thanks to our sponsors and to everyone who came to watch them battling it out.”