Oil prices rose firmly on Monday, concerned over the tightening global supply. Brent crude climbed 2.9 per cent to $US74.04 and West Texas Intermediate... 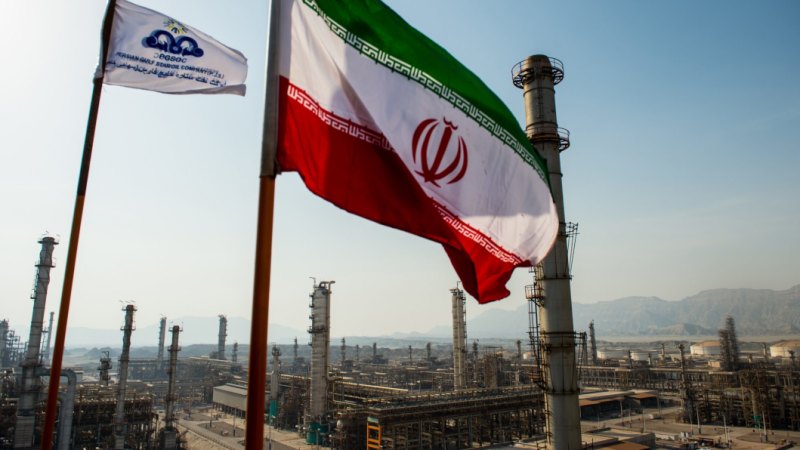 Oil prices rose firmly on Monday, concerned over the tightening global supply. Brent crude climbed 2.9 per cent to $US74.04 and West Texas Intermediate advanced 2.3 per cent to $65.55.

After returning from a public holiday on Monday, energy stocks rose in response on Tuesday, leading the market gains for the session.

Eclipx Group shares were the best performers on the benchmark index as the sales financing company continued to extend its rebound from a 56 per cent sell-off in mid-March following its failed merger with McMillan Shakespeare. Its shares rose 6.6 per cent to 97.5¢ on Tuesday.

A number of other companies rose to new milestones. Magellan Financial Group shares rose 3.2 per cent to an all-time high of $42.08 and Woolworths advanced 1.4 per cent to $31.67, its highest level since 2015.

We expect falling iron ore and met-coal prices over the next 6-12 months.

Mining stocks were very mixed on Tuesday. While Rio Tinto advanced 1.5 per cent to $99.21 and Fortescue Metals Group closed 3.5 per cent higher at $7.74, other stocks in the sector fell.

UBS downgraded BHP Group from ‘buy’ to ‘neutral’ on Tuesday, saying iron ore prices have now hit the top of the cycle and that despite the company’s strong position, its share price was likely to fall. The broker said it saw BHP as being “fully valued” at its current price and that the only risk to its rating was further disruptions to Brazilian iron ore.

“BHP is generating strong free cash flow and we expect it to return all excess cash to shareholders as M&A options are limited and capex disciplined,” said analyst Glyn Lawcock.

“However, we expect falling iron ore and met-coal prices over the next 6-12 months to cap share price upside.” UBS did lift its price target on the company slightly, from $35.00 to $36.00, below its Thursday closing price of $38.23.

What moved the market

Morgan Stanley believe Australia’s labour market will continue to weaken through the year although they don’t expect the Reserve Bank of Australia to cut its rate in the near-term. The broker is forecasting a cut to the official cash rate in November, with the labour market set to weaken from the middle of the year. “Our summary labour market indicator (Morgan Stanley Australian Employment Pulse) points to a weakening in jobs growth over the next few months, and in March fell back down to its long-run average level,” said equity strategist Chris Read. “We think recent RBA commentary has shifted to an easing bias, but is still pushing back against a near-term move.”

The price of crude oil rose to a six-month high on Tuesday as US President Donald Trump announced that the waiver from sanctions against countries importing Iranian oil would not be renewed. The waivers had been allowing China, India, Japan and South Korea to import 2.7 million barrels of oil a day but those countries will now be forced to cut their imports to zero. While OPEC and its allies have pledged to make up for the shortfalls created by the loss of supply from Iran, the decline in Venezulea’s oil production and continuing supply disruptions are leaving investors fearful of a supply shortfall.

The US dollar has been a strong performer in the past few days as stronger than expected economic data has led analysts to upgrade their forecasts for the nation’s first quarter GDP. “On Thursday night, the US produced some eye-popping retail sales figures,” said NAB head of FX strategy Ray Attrill. “US retail sales printed 1.6 per cent in headline terms and 1.0 per cent month-on-month for the so-called ‘control group’ that feeds directly into the consumption component of GDP. Bloomberg currently have 2.2 per cent for the consensus [Q1 GDP], which incidentally would match the Q4 2018 actual outcome despite the fact the US government was shut for virtually the whole of January.”

Despite signs the New Zealand economy may have reached its lowest point this year, economists are remaining wary, saying it may be some time before the country rebounds. “Our New Zealand Activity Proxy (NZAP) has picked up in early 2019, which suggests GDP growth may be bottoming out,” said Capital Economics economist Ben Udy. “That said, economic activity is likely to remain subdued over 2019 as business investment continues to falter and global growth eases. While the latest reading is encouraging, we would want to see a steady improvement in the NZAP over several months before concluding that the economy was poised for a rebound.”