Emirati astronaut Hazzaa Al Mansoori has landed back on Earth

Hazzaa Ali Almansoori of the United Arab Emirates returns to Earth after he and Expedition 60 crewmembers Alexey Ovchinin of Roscosmos and Nick Hague of NASA landed in their Soyuz MS-12 spacecraft near the town of Zhezkazgan, Kazakhstan on Thursday, Oct. 3, 2019. 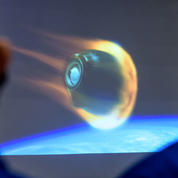 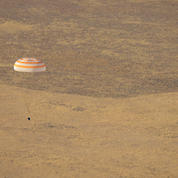 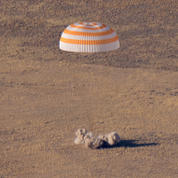 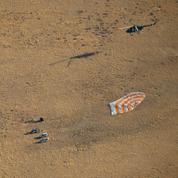 Although Mansoori’s mission was a short one, it has still been the source of great pride in the UAE, a newcomer to the world of space with ambitions to send an unmanned probe to orbit Mars by 2021.

Mansoori’s blast-off from the launchpad that sent Soviet cosmonaut Yuri Gagarin into space was roared on by a large crowd at the Mohammed Bin Rashid Space Centre in Dubai, where he has been feted as a hero.

Dubai’s Burj Khalifa, the world’s tallest skyscraper, lit up at the moment of the launch.

Mansoori has been active on Twitter where he posted photos of the UAE and Makkah – Islam’s holiest site – from the space station.

He has donned Emirati dress on board, treated crew members to local snacks and participated in scientific experiments including a time-perception study that saw him sport a blindfold.

In a question-and-answer session with Emirati schoolchildren, the father of four said a call to his mother would be his top priority at the end of his journey back from the ISS.