Emirates airline would only consider adding extra flights to Dublin if the airport carried out planned upgrades to its terminal that would allow it... 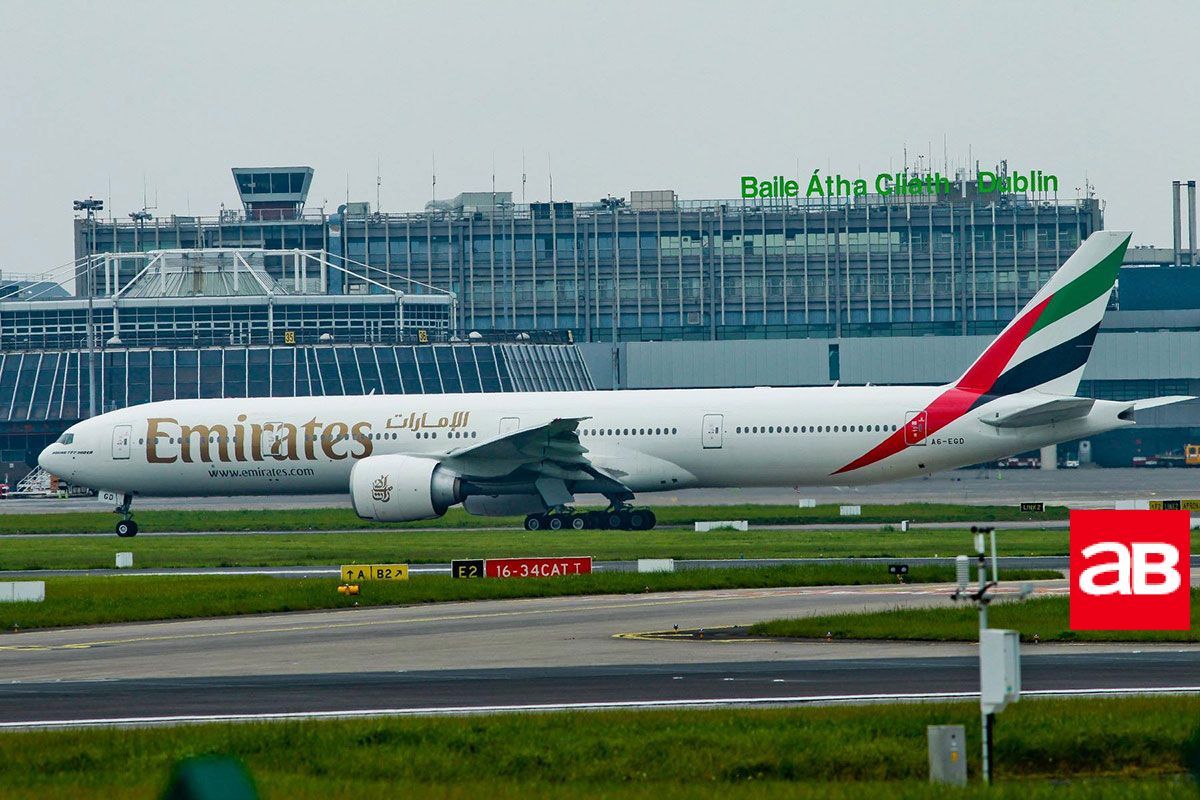 Emirates airline would only consider adding extra flights to Dublin if the airport carried out planned upgrades to its terminal that would allow it to cater for more of the Dubai carrier’s larger aircraft.

Dublin has been a hugely successful route for Emirates since its launch in 2012, with twice daily flights currently in operation (second added in 2014). By December, Emirates said it will have carried 2.5 million passengers between Ireland and the UAE, and beyond, with many opting to transit on to flights to Asia, Australia and Africa.

With an average of 35,750 passengers flying to Dubai every month, giving a seat load factor of 85 percent, expanding its operations has long been in the offing.

Emirates’ country manager Enda Corneille, told the Irish Times that the “logical next step for us would be to add a third flight, but that would depend on a lot of things”.

The issue is the airport’s ability to handle more widebody aircraft, like Emirates’ Boeing 777.

In his submission to Ireland’s Commission for Aviation Regulation regarding a proposed drop in airport charges for airlines, Corneille said Emirates welcomed the proposed decrease, but “not at the cost of infrastructure development and reduction of service quality”.

Corneille said when the US pre-clearance is in operation, there is only one suitable Boeing 777-300ER stand at Terminal 2 (where Emirates operates from) which is “frequently occupied by other aircraft when we land in Dublin”.

“This ultimately delays our actual arrival despite our consistently good on-time landing statistics,” he said.

The state-owned airport – operated by the Dublin Airport Authority – has unveiled an ambitious $2 billion expansion plan that includes plans to add more aircraft stands and boarding gates that would enable Emirates to add a third flight.

In the submission, Corneille explained that the planned development of Terminal 2 would provide an additional four stands capable of B777 aircraft or equivalent.

The option to add a new route to Shannon airport, on the west coast, remains a possibility, but Corneille said it would be in the long-term. While Emirates tends to focus on primary airports, the addition of a secondary airport was possible if there was sufficient demand and capacity.

Emirates’ cargo business remains strong, with 8,000 tonnes of Irish goods, including food, pharmaceuticals and electronics, flown to Dubai between April 2018 and March 2019.