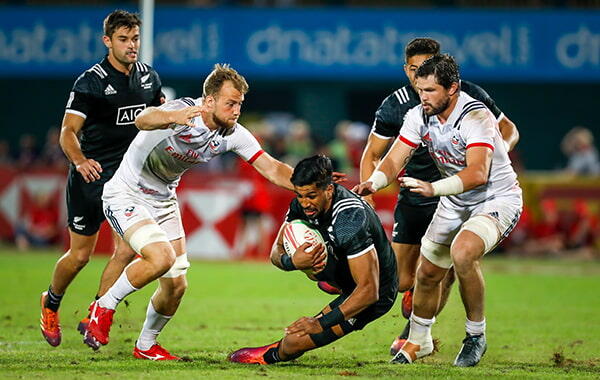 One of the city’s hottest sports events returns to the purpose-built Sevens Stadium this winter. Emirates Airline Dubai Rugby Sevens sees top rugby teams from around the world, from New Zealand to Kenya and South Africa to Canada, go head-to-head in three days of nail-biting competition. With both men’s and women’s tournaments, the Rugby Sevens is a starred weekend on Dubai’s sporting calendar that pairs competitive matches with live entertainment and more.

This year will celebrate the event’s 50th anniversary with a live concert by Grammy-winner and pop sensation Kylie Minogue on 6 December. In addition to the performance, there will be plenty of thrill and activities for all ages including family-friendly games, dedicated spaces for children and a sprawling food village.