Mohamed ElShorbagy has come within touching distance of the Men’s Squash World Championship in Doha twice. Both times, in 2012 and 2014, his efforts... 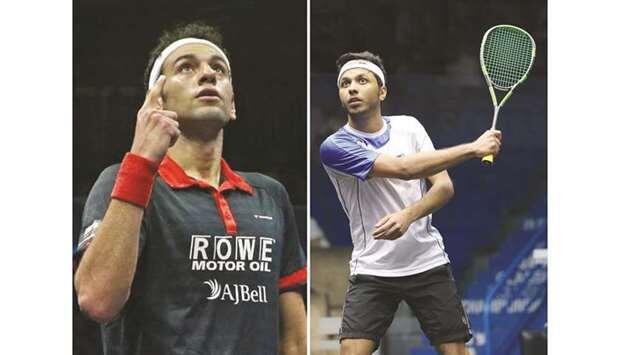 Mohamed ElShorbagy has come within touching distance of the Men’s Squash World Championship in Doha twice. Both times, in 2012 and 2014, his efforts bit the dust against fellow Egyptian and the one that ElShorbagy himself considers “probably the greatest player to play the sort” — Ramy Ashour.

In fact the 2014 final is etched in the memories of squash connoisseurs when Ashour, returning from a career-threatening injury, bounced back from being within a point of a loss to actually winning his third title, as the then world number one ElShorbagy watched his rival jump in the glass court at Khalifa International Tennis and Squash Complex in celebration.

Five years later, Ashour has hung up his racquet, while defending champion and world number one Ali Farag has pulled out of the tournament following the death of his nephew.

And ElShorbagy is “very hungry to try and win the World Championships here in Qatar”.

“Qatar has a special place in my heart, I love going back there. And having the World Championships there, I would try and play really well there just like everyone else,” the 28-year-old UK-based player was quoted as saying by Professional Squash Association’s (PSA) SquashTV.

For the last of the Qatar Classic titles, he had to beat compatriot Tarek Momen in the final, but the latter sent ElShorbagy packing in the Worlds semi-finals in Chicago last year.

“Of course it hurt me when I lost last year. But any athlete will have to go through the tough roads like that, and they learn from them and come back,” ElShorbagy said.

“I made a few changes in my game, with my team as well. Sometimes it takes courage that you need to change. I am willing to go back and give my everything to win the title this year.”

Talking about the two World Championships finals in Qatar, he said, “How many of us can say that they took Ramy that far. I was only a point away from winning, but when I look back, I tell myself, I have been part of not just any World Championships final but a match that will be a part of the history of the sport. I look at it positively. I always have this faith that anything that happens to me is for my own good.”

If the seedings play out as expected, ElShorbagy, who will open his campaign against Frenchman Victor Crouin at 4pm today, will face Momen, who plays German Raphael Kandra in the first round, in the finals on Wednesday, November 13.

Momen will be hoping to make it to his second straight World Championships final, having lost to Farag last year in Chicago. “I am definitely happy with the progress I have made. Last season was a breakthrough by all means,” Momen said on SquashTV.

“I have always had the belief that I am good enough on the day, but I was never consistent. I had so many doubts in myself, fitness, can I back it up. Last 2-3 years, I have learnt how to push myself for four to five matches in a week. Now is probably my time, and I need to believe more in myself. Next 2-3 years I need to make really good use of. The urgency has sparked a belief.”