Public prosecutors interrogated a US tourist over attempting to take obscene shots at the Giza Pyramids, and requested police investigation into the incident, the... 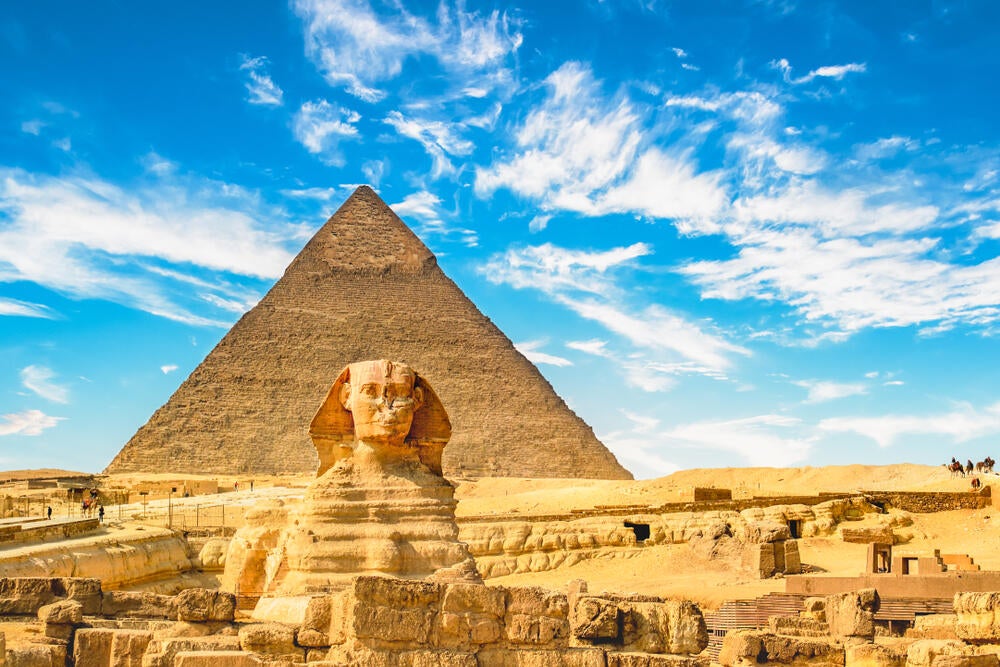 Public prosecutors interrogated a US tourist over attempting to take obscene shots at the Giza Pyramids, and requested police investigation into the incident, the Al-Watan website reported.

The Ministry of Antiquities said in a statement on Saturday that security personnel operating by the Giza Pyramids region arrested a foreigner who was using his mobile phone to take obscene photographs.

The incident occurred at 4 pm ahead of closing time, the statement added.

According to investigations, the tourist, arrested in the process of taking off his trousers, is homosexual. He asked his wife take the nude photographs of him by the pyramids, which would have been published on social media for use in attracting homosexual partners.

The US national, 40, arrived on the one-day trip to Cairo for this purpose only, according to investigations. He was transferred to Haram police station and referred to prosecutors for interrogation.

A similar incident occurred back in December, where two foreign tourists reportedly climbed on top of one of the Giza pyramids to film a pornographic video.

The Ministry of Antiquities issued a statement on the incident, which read “Regarding the short video circulated and published yesterday evening depicting two foreigners climbing the pyramid at night, before uploading an obscene picture of both them, Antiquities Minister Khaled al-Anani has decided to ascertain the truth and take necessary action.”

A similar video was posted online in 2014, which gained widespread attention in 2015 when local paper Al-Masry Al-Youm published a story on the incident, with screenshots that blurred out a woman’s breasts.