Egyptian security forces arrested a senior editor of the country’s last significant independent news outlet on Saturday, in a new peak to a six-year-old... 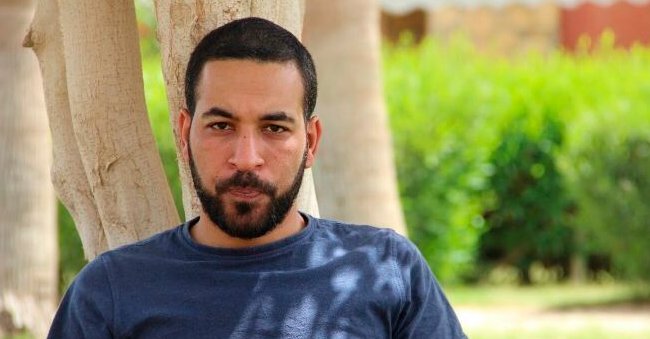 Egyptian security forces arrested a senior editor of the country’s last significant independent news outlet on Saturday, in a new peak to a six-year-old crackdown on press freedom under President Abdel Fattah el-Sisi.

The editor in chief of the outlet, the online publication Mada Masr, said Saturday that a few weeks ago, the authorities had also deported another senior editor, who is an American citizen.

Known for its pioneering investigative journalism and published in both Arabic and English, Mada Masr has remained a critical source of information for intellectuals and activists inside Egypt as well as for researchers and policymakers around the world. Since 2013, almost every other news organization in the country has come under the effective control of the government.

In the latest example of the investigative reporting that has become its trademark, Mada Masr reported on Wednesday that Mr. el-Sisi was quietly removing his son Mahmoud from his senior role overseeing the intelligence service and sending him on an open-ended assignment to the Egyptian Embassy in Moscow.

Citing unidentified sources, the report said senior officials had grown concerned that Mahmoud el-Sisi’s poor performance in handling the news media and other aspects of his job would hurt his father’s image. The report said officials were mindful that resentment of former President Hosni Mubarak’s nepotism toward his son Gamal had helped set off the Arab Spring uprising in 2011.

It was not immediately clear whether the article played any role in the arrest on Saturday. Lina Attalah, the editor in chief of Mada Masr, said security forces had been inquiring for weeks about the editor who was arrested, “since before we even had a draft of the story.”

The arrest represents “a dangerous signal,” said Khaled al-Balshy, the former deputy head of Egypt’s press union. “Mada Masr is one of very few voices that are fighting to present a different point of view,” he added. “The message appears to be: This is no longer acceptable.”

The government official in charge of the state information service could not immediately be reached for comment.

The arrest also raised alarms among researchers in Washington who rely on Mada Masr.

“Mada is one of the Middle East’s real treasures,” said Amy Hawthorne, a deputy director of research at the Project on Middle East Democracy. “It is probably the single most important publication for every Egypt-watcher or Egypt expert I know.”

The news organization also said Saturday that an American editor who had been working in Cairo for it, Daniel O’Connell, 27, was recently stopped at Cairo’s international airport, deported and barred from re-entering the country.

Mada Masr said the officers who arrested Mr. Zalat had presented no warrant for his arrest and offered no explanation. His whereabouts was unknown.

The officers confiscated his laptop and his wife’s, and then they returned a few minutes later, “seemingly agitated, looking for his cellphone,” Mada Masr said.

“He has done nothing more than use words to report the news,” Mada Masr said.

Egypt had previously appeared to allow Mada Masr a unique degree of freedom, perhaps because the authorities had successfully made its contents difficult to view in Egypt, or because of its singular reputation in Western capitals. For more than two years, the publication has been blocked by government censors from easy internet access within Egypt.

Nearly two years ago, for example, Mada Masr obtained documents revealing how private companies controlled by the Egyptian intelligence services had worked behind the scenes to acquire control of most of Egypt’s privately owned and ostensibly independent media outlets.

The increased pressure on Made Masr may be part of a broader crackdown on dissent since September.

Mr. el-Sisi’s government has never tolerated political opposition or public demonstrations. But in September, a series of online videos by a former contractor accusing the president and his circle of corruption set off a rare outburst of limited street protests.

The authorities have responded by arresting more than 4,000 people, according to rights groups, in the largest wave of arrests since Mr. el-Sisi became president in 2014 after a military takeover the previous year.

Several journalists were detained for their reporting on the protests, and the government has also targeted the few other news media outlets outside state control. The authorities blocked access within Egypt to the BBC online and the United States government’s Arabic-speaking network website al-Hurra.

Mada Masr was among the first to report the blockage of both websites.