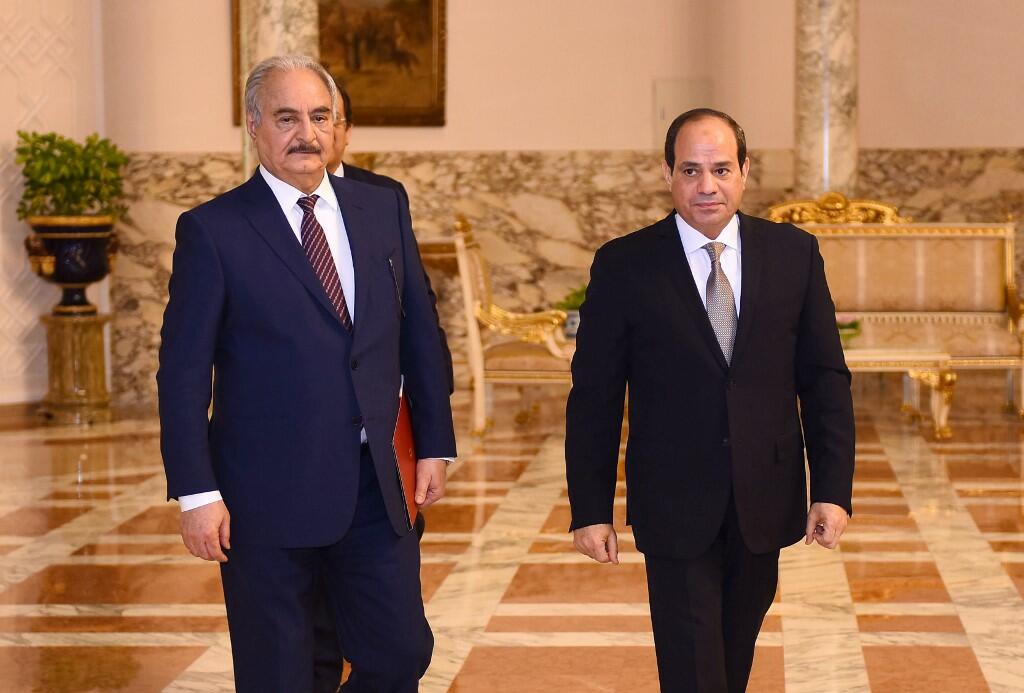 President Abdel Fattah al-Sisi on Sunday met with Libyan National Army Commander Marshal Khalifa Hafer at the Ittihadeya Presidential Palace, where they discussed developments in Libya while Sisi stressed Egypt’s keenness for the unity, stability and security of Libya.

In a statement from his official Facebook page, Egyptian Presidential Spokesman Bassam Rady said that during their meeting, Sisi stated his nation’s support for counter-terrorism efforts and fighting extremist groups and militias to achieve security and stability for Libya and it’s people.

He said that the fight against terrorism and stability allows the establishment of a stable and sovereign civil state, and will start the reconstruction of Libya in various fields.