One Philadelphia signal caller suffered a serious injury in the team’s 27-10 loss to the Titans on Thursday. Nate Sudfeld broke his left wrist... 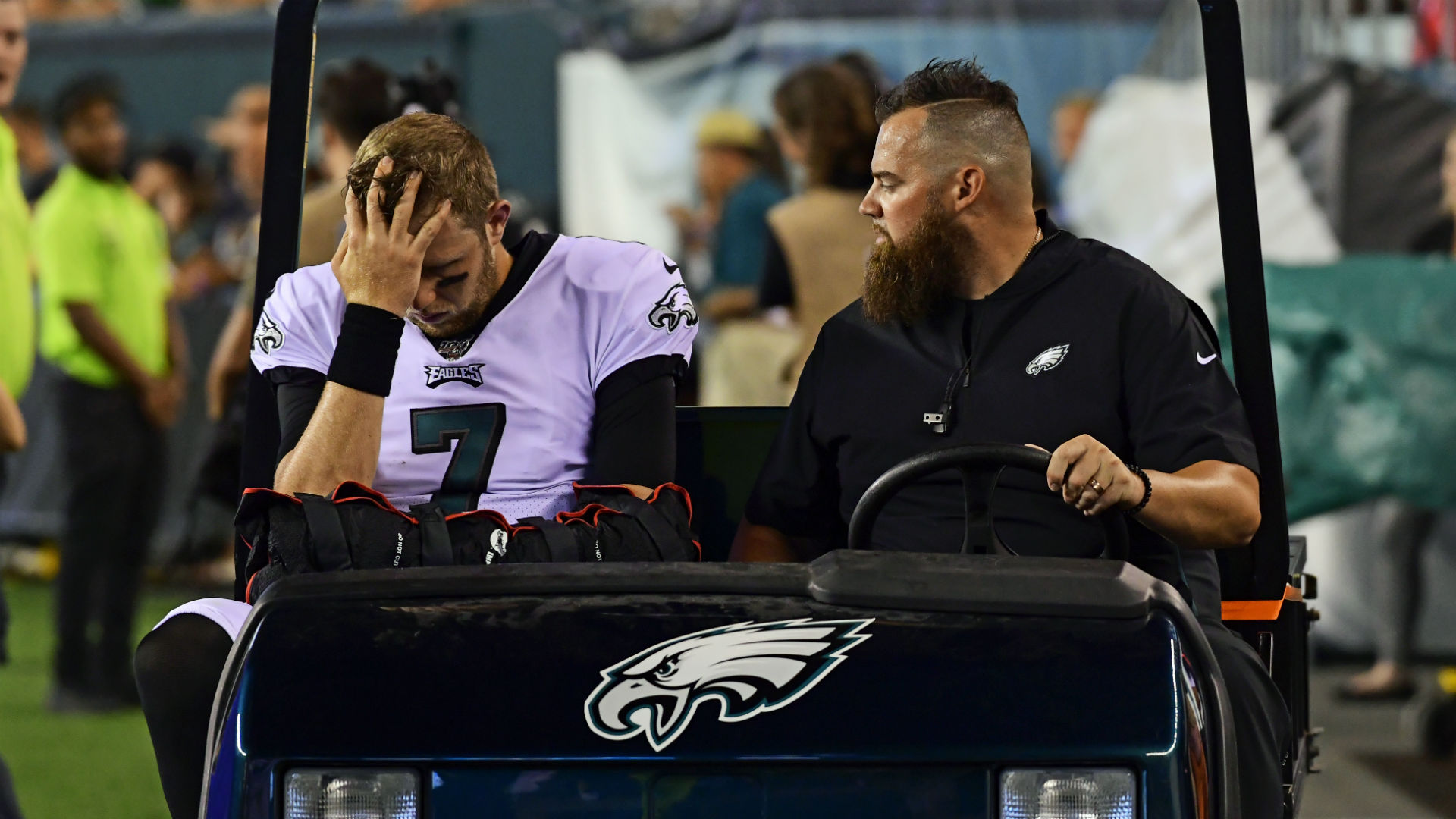 One Philadelphia signal caller suffered a serious injury in the team’s 27-10 loss to the Titans on Thursday.

Nate Sudfeld broke his left wrist while being taken down toward the end of the first half and will have surgery Friday, Eagles coach Doug Pederson told reporters. He went 10-for-18 passing for 177 yards and threw a touchdown before leaving the game.

With the injury to Sudfeld, Cody Kessler is now in line to be Carson Wentz’s primary backup.

#Eagles coach Doug Pederson tells reporters that QB Nate Sudfeld suffered a broken left wrist and will have surgery on Friday. But they won’t bring in a QB just yet. It’s on Cody Kessler to back up.

Sudfeld’s injury leaves the Eagles in a precarious situation given how difficult it has been for Wentz to stay healthy.

Wentz has suffered season-ending injuries the past two years and has yet to play in a playoff game. The fourth-year quarterback had been replaced by Nick Foles in the past two postseasons, but Philadelphia lost that safety net when Foles signed a massive four-year deal with the Jaguars in March.

Kessler has played in 17 career regular-season games while Sudfeld has only appeared in three.

Clayton Thorson was a fifth-round pick in this year’s draft and went 2-for-9 passing with one interception in his first NFL action against the Titans.