An epic dust storm temporarily turned day into night as it swept through a small town in north-western Victoria, Australia, the Australian Broadcasting Corporation... 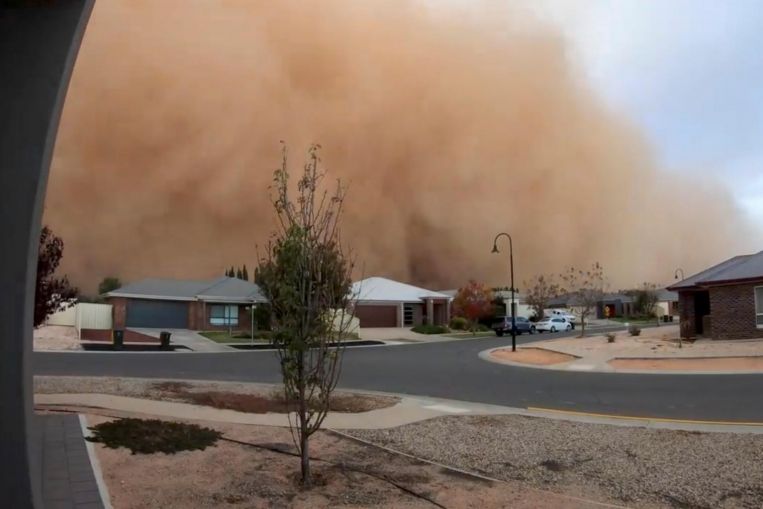 An epic dust storm temporarily turned day into night as it swept through a small town in north-western Victoria, Australia, the Australian Broadcasting Corporation (ABC) reported on Wednesday (May 8).

The impressive storm was captured on a Bureau of Meteorology (BOM) webcam as it passed over Mildura Airport at about 5pm local time (3pm Singapore time) on Tuesday.

Visibility deteriorated as a huge red cloud appeared and rolled over the airport. It was fuelled by strong winds in a gust front, in a weather phenomenon normally seen in summer, the ABC said.

Eyewitness Lisa Guarnaccia was driving to Mildura when she got her first glimpse of the cloud.

“As I was driving through Red Cliffs I could see the sky changing a different colour and it was very windy,” Ms Guarnaccia told the ABC.

The sky went dark and visibility plunged to just a few hundred metres. “It was very apocalyptic and very scary – the darkness and the wind,” she added.

After about 20 minutes, the worst of the storm passed and the sky began to get light again.

BOM senior forecaster Dean Stewart told the ABC such events were unusual this time of year.

“Dust storms are a lot more common during our summer months but of course it’s been very dry,” Mr Stewart said.

According to 9news, locals said this was the worst dust storm they had seen in Mildura in 40 years.

Dust storms are a cyclical phenomenon which occur when hot, dry wind, usually above 30kmh, picks up dust and carries it from west to east as a cold front moves through, 9news said.

It comes as multiple states brace for snowfall, with dual cold fronts expected to cross Australia.