Durant gets hurt, Warriors hold off Rockets in Game 5 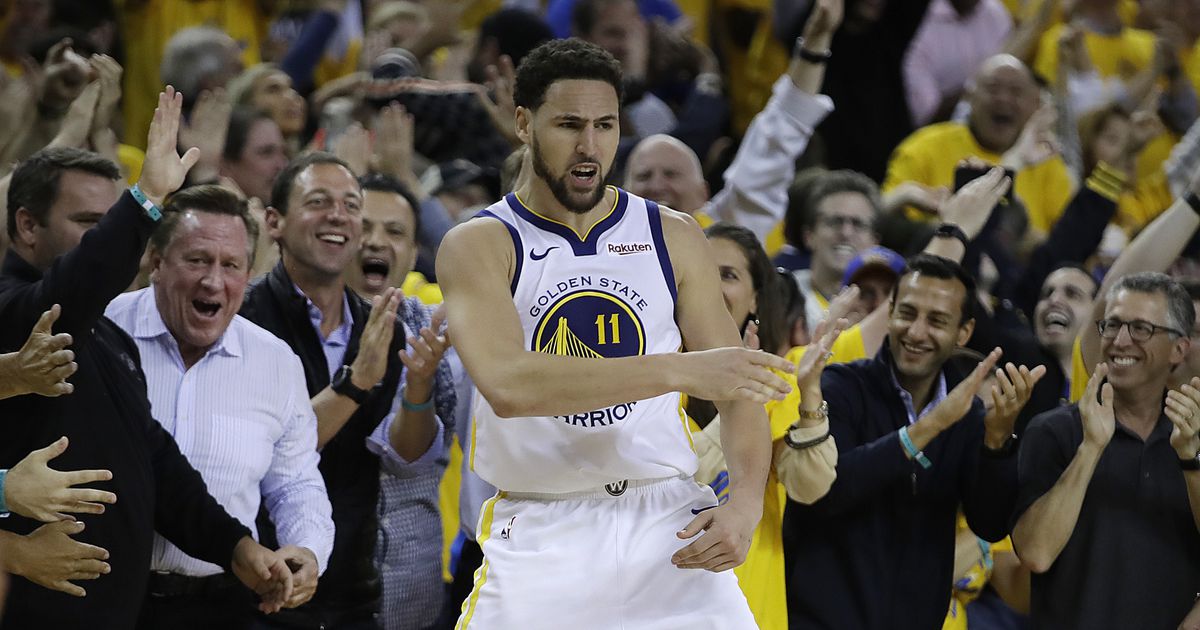 OAKLAND, Calif. (AP) — Klay Thompson scored 27 points, including a key layup with 4.1 seconds left, and the Golden State Warriors overcame Kevin Durant’s calf injury to beat the Houston Rockets 104-99 on Wednesday night for a 3-2 lead in the Western Conference semifinals.

James Harden scored 31 points for the Rockets, who will try to stave off elimination back home in Houston on Friday night.

Durant’s status for Game 6 is unclear. After he departed with the injury, the rest of Golden State’s array of stars helped the Warriors close it out.

Draymond Green received his fourth technical of the postseason with 3:39 left, and then knocked down a 3-pointer on the other end. Thompson followed Green’s 3 with one of his own to make it 97-89 with 2:33 remaining.

Stephen Curry struggled with his shot yet again and finished with 25 points on 9-for-23 shooting. He went 3 of 11 from long range.

The top-seeded Bucks placed seven players in double figures in their fourth straight win after dropping the series opener. Khris Middleton had 19 points and eight rebounds, and Eric Bledsoe finished with 18 points.

Next up for the Bucks is the winner of the Philadelphia-Toronto series. The Raptors are up 3-2 heading into Game 6 on Thursday night.

It’s the first Eastern Conference final for Milwaukee since 2001.

Kyrie Irving scored 15 points for Boston, which shot 31.2% from the field. Jayson Tatum and Marcus Morris each had 14.

The Celtics clamped down on Antetokounmpo for most of the game, but Middleton, Bledsoe, George Hill and Nikola Mirotic picked up the scoring to help rob the game of any drama in the final minutes.

Hill finished with 16 points, and Mirotic had 10 points and 11 rebounds. Malcolm Brogdon also had 10 points in his return to the lineup after being sidelined by plantar fasciitis.