“Dubai? Rich people, a tall building and fancy cars,” a young Panamanian street food vendor tells us as he prepares a flavoured raspado (snow cone). “Don’t they own Manchester City?”

Separated from the skyscrapers and sand dunes of Dubai by nearly 14,000 kilometres and a series of seemingly never-ending flights, Panama, the tiny Central American country – population four million – seems like an unlikely partner for the emirate. For most of us in the Gulf, it is generally unknown other than for trendy hats, tropical fruits and, of course, a famous canal.

But Omar Khan, Director of International Offices, Dubai Chamber, says Panama “is like looking in the mirror.”

Because of [the distance] we have between the two regions, we don’t explore a lot of possibilities

“It reminds us a lot of Dubai,” he says.

Amid unreducible regional markets, Panama could become the emirate’s gateway into Latin America.

“We’re living in a very interesting region and sometimes it is unpredictable. If the market is unpredictable, you can’t sit and wait for the business to come back. You have to go hunting for opportunities.”

The importance of the region was starkly highlighted in April, when the Dubai Chamber of Commerce and Industry organised – for the first time outside the emirate – the Global Business Forum Latin America 2019. 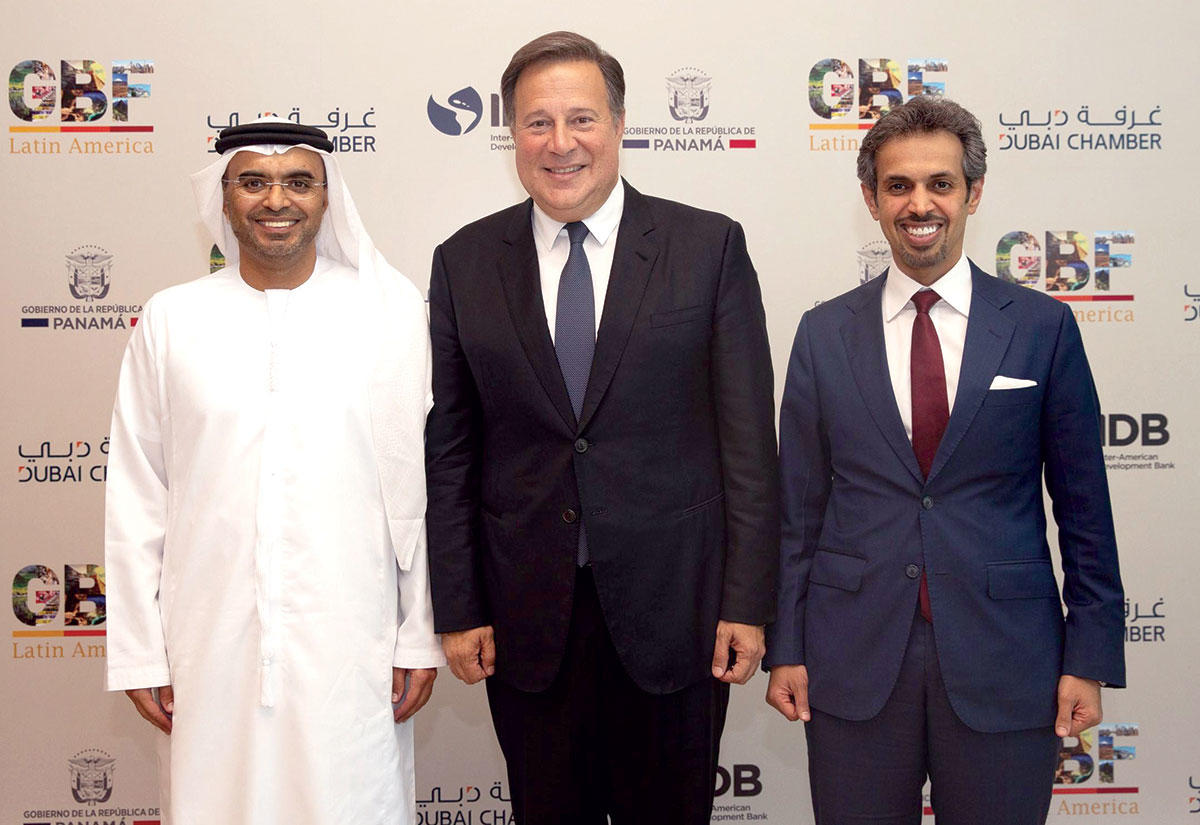 And rightly so. Trade between Latin America and Dubai – and the GCC as a whole – remains relatively small. According to a study recently released by Dubai Chamber and the Inter-American Development Bank, trade flows between Latin America and the Caribbean and the GCC amounted to $16.3bn in 2018, with Gulf countries importing $10.9bn and exporting $5.4bn worth of products.

But of the total, the UAE accounted for 27 percent of exports to Latin America, as well as 46 percent of all imports from the region, making it the most significant growth market for trade with the Americas. In Dubai alone, non-oil trade has grown 71 percent to $6.29bn, compared to $3.68bn in 2010. Today, more than 400 Latin American countries are registered with the Dubai Chamber.

If the market is unpredictable, you can’t sit and wait for the business to come back

“It is clear our efforts in Latin America are bearing fruit,” says Dubai Chamber CEO Hamad Buamim, the force behind the emirate’s push into the region.

“We are here for the long-term. We have planted a seed and we are eager to see the results…the best is yet to come.”

When asked about the potential to expand business ties between Dubai and Latin America, Emirati officials we spoke to in Panama rattled off a long list of potentially lucrative sectors ranging from clean energy to halal food exports. 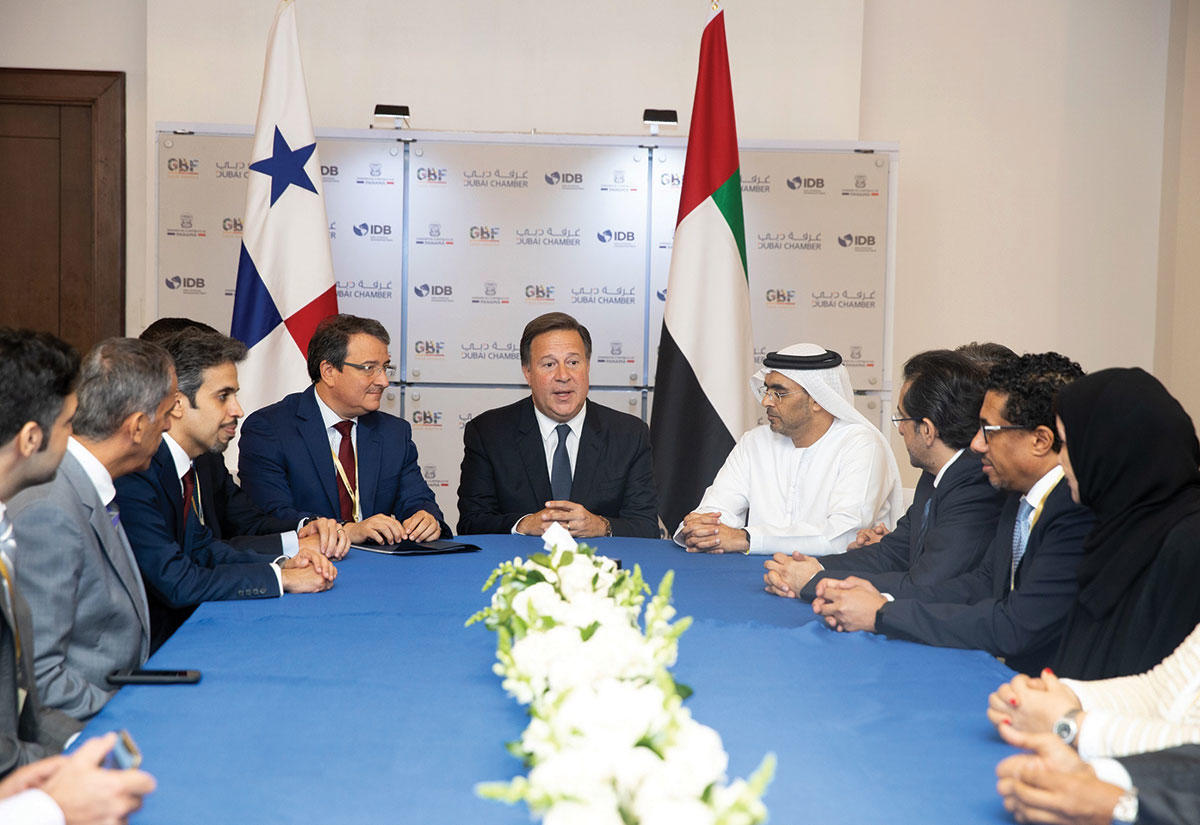 One company already heavily invested in the region is ports operator DP World, which has a presence in the Dominican Republic, Peru, Brazil, Argentina and Suriname, the little known former Dutch colony neighbouring Venezuela.

As Mahmood Al Bastaki, the company’s chief operating officer tells it, DP World is already eying more opportunities in Latin American as it works to diversify its global business portfolio.

“There are lots of ports that require advanced equipment and know-how [in Latin America],” he says eagerly, noting that in the next year alone, DP World will conduct talks with up to seven ports in the Americas.

We’re the Dubai of the Americas. We just need more people to come and see. We have everything you want

“We’d do concession agreements, and we prefer long-term ones. A port is a long-term investment.”

“Wherever we go, we do capacity building. We create jobs for the local economy and local talent have an opportunity to get into a strategic business.”

As with many Dubai-based businesses, DP World’s interest in Latin America largely stems from its relative stability compared to other parts of the world. While many countries in the region suffer from crime and poverty, they can count on functioning institutions and a friendly business environment. 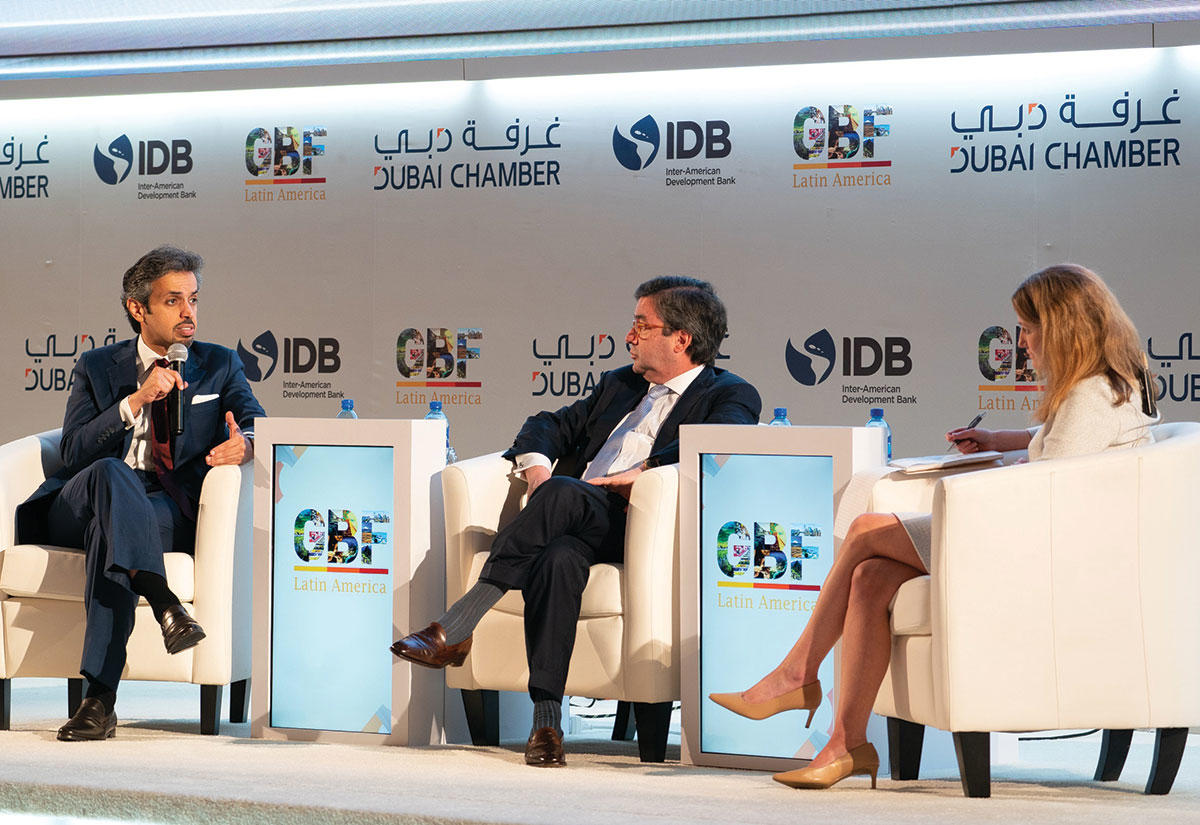 “It [Latin America] is in good shape. Lately, Venezuela has been having some problems, but other than that, the whole continent is in a safe condition. Where there is war, [countries] won’t get into consuming or spending, and this will affect world trade…I expect a big growth in trade from Latin America. Brazil has always been the main player due to its size and manufacturing. There’s been a little bit of a slowdown, but this is bound to grow,” he says.

Much of that growth is expected to come from Latin America’s traditionally robust sector: food production.

Among the Gulf companies already heavily invested in the industry is Essa Al Ghurair Investments, which every year imports between 5 and 6 million tonnes of grain – 40 percent of which is drawn from Latin American countries.

For the UAE – which has identified food security as a national priority – a steady supply of Latin America food products may prove vital.

“Our country doesn’t have resources of water, so we rely on imports of grains and food from other countries,” says Essa Abdulla Al Ghurair. “Because of this, countries such as Argentina, Brazil and Paraguay have become closer to us.” 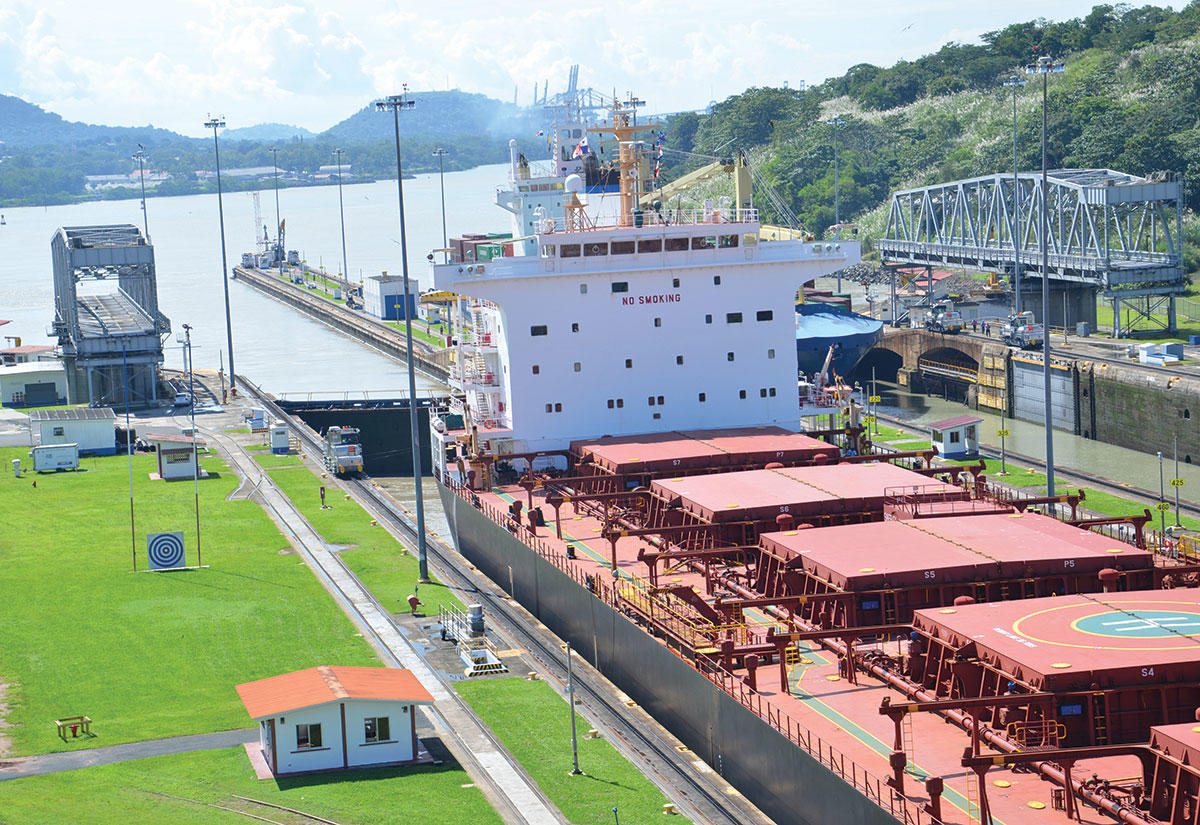 Exports from Latin America rose by 10% year-on-year in 2018, according to a report by the Economic Commission for Latin America and the Caribbean

Establishing stable supply lines with Latin America, Al Ghurair adds, will ultimately safeguard the UAE from the rise and fall of food production elsewhere. As an example, he points to Australia, where in 2018, severe draught led to a 23 percent reduction in the national harvest, which, in turn, saw worldwide production slip 2 percent.

“Freight from Argentina takes about 31 days, while it’s 20 days out of Australia. But some countries are in the northern hemisphere and some are in the southern hemisphere, so we have to diversify our imports in case one region gets hit [by drought],” he says. “If we relied only on Australia, we’d have a shortage.” 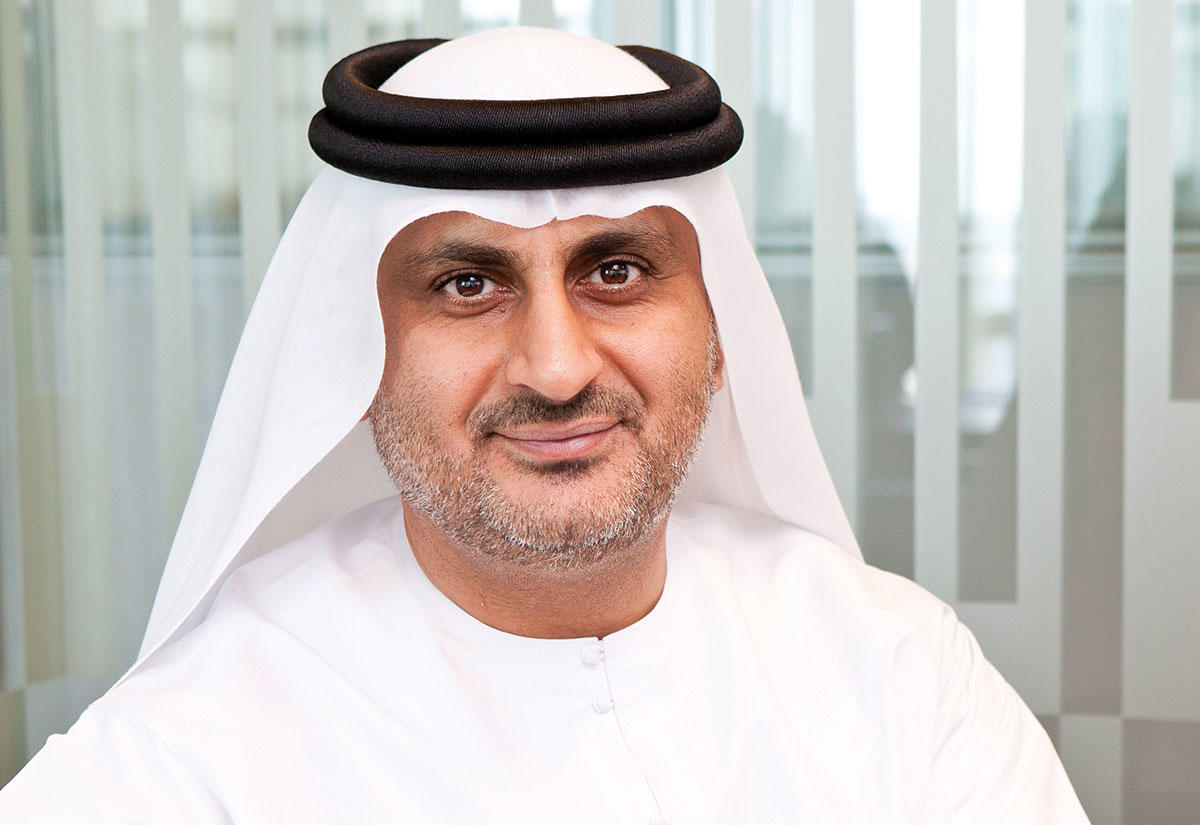 Many businesses in the Gulf have little choice but to turn towards Latin America. Saudi food and beverage giant Almarai – the GCC’s biggest dairy firm – owns thousands of acres of Argentine farmland to ensure the security of its feedstock supplies. The relationship grew even stronger in late 2018, when Saudi Arabia banned the cultivation of green fodder and alfafa, the primary food for cows.

“Every day, they process a million and a half to two million litres of milk,” Al Ghurair says of Almarai. “Imagine how many cows they have to feed.”

Given the GCC’s climate limitations – in other words, that it will never be ‘green’ – Al Ghurair believes that the amount of food imported from Latin America is only set to grow. The challenge, he adds, is getting it here. 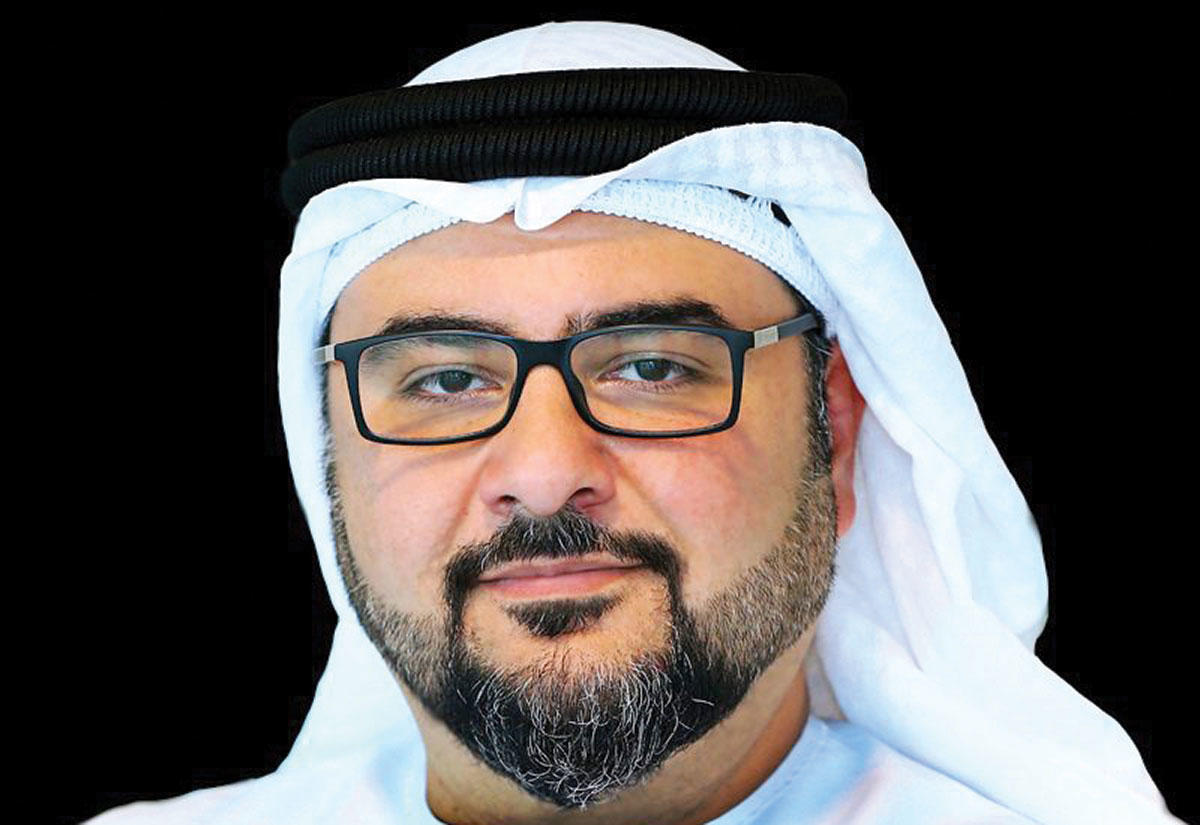 “Dubai needs more of this,” a Panamanian coffee vendor tells a group of enraptured Arab business women at a Panama City café, excitedly gesturing at a sack of Geisha coffee, widely regarded as the world’s most expensive at $600 a pound. “People will go crazy for it.”

According to Ahmad Bin Sulayem, the executive chairman of the Dubai Multi Commodities Centre, coffee from Panama, as well as other parts of the region such as Colombia and Cuba, will find a welcome reception in Dubai after years of reluctance on the part of importers.

“The information I was getting from some in the market…was not to touch coffees from Latin America, because of the logistic disadvantage compared to Africa,” he explains on a panel in Panama. “I think what happed is [that there] was outdated information from when the coffee industry [in the region] was just Nescafe and regular coffee, not speciality coffee.” 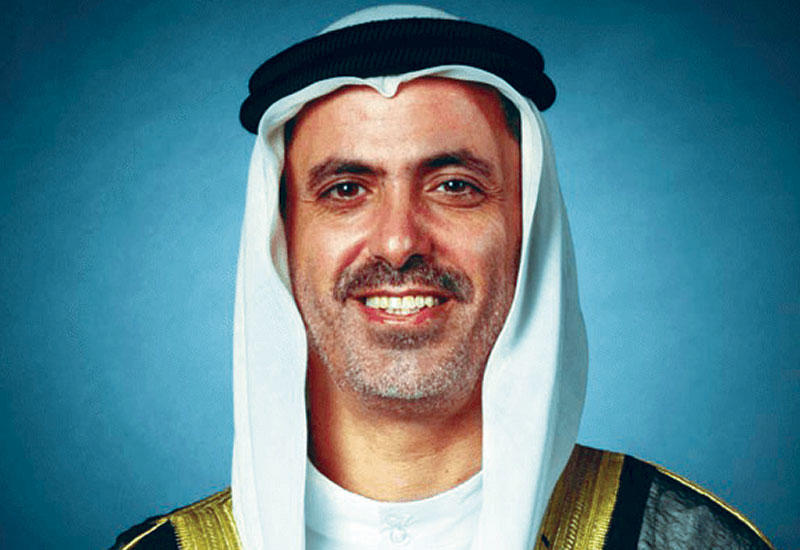 Essa Abdulla Al Ghurair, founder and chairman of EGI and board member of Dubai Chamber

Bin Sulayam says he’s already got started with a test shipment from Brazil. “There were no issues with the price. It was still competitive,” he explains. “We want to make sure that Dubai is the gateway for coffees from around the world.”

In its report, the Inter-American Development Bank (IDB) outlined a number of steps governments in the GCC and Latin America can take to boost trade ties between the regions, ranging from the establishment of new trade, investment and double taxation agreements to an increased diplomatic presence and the facilitation of more bilateral business exchanges. 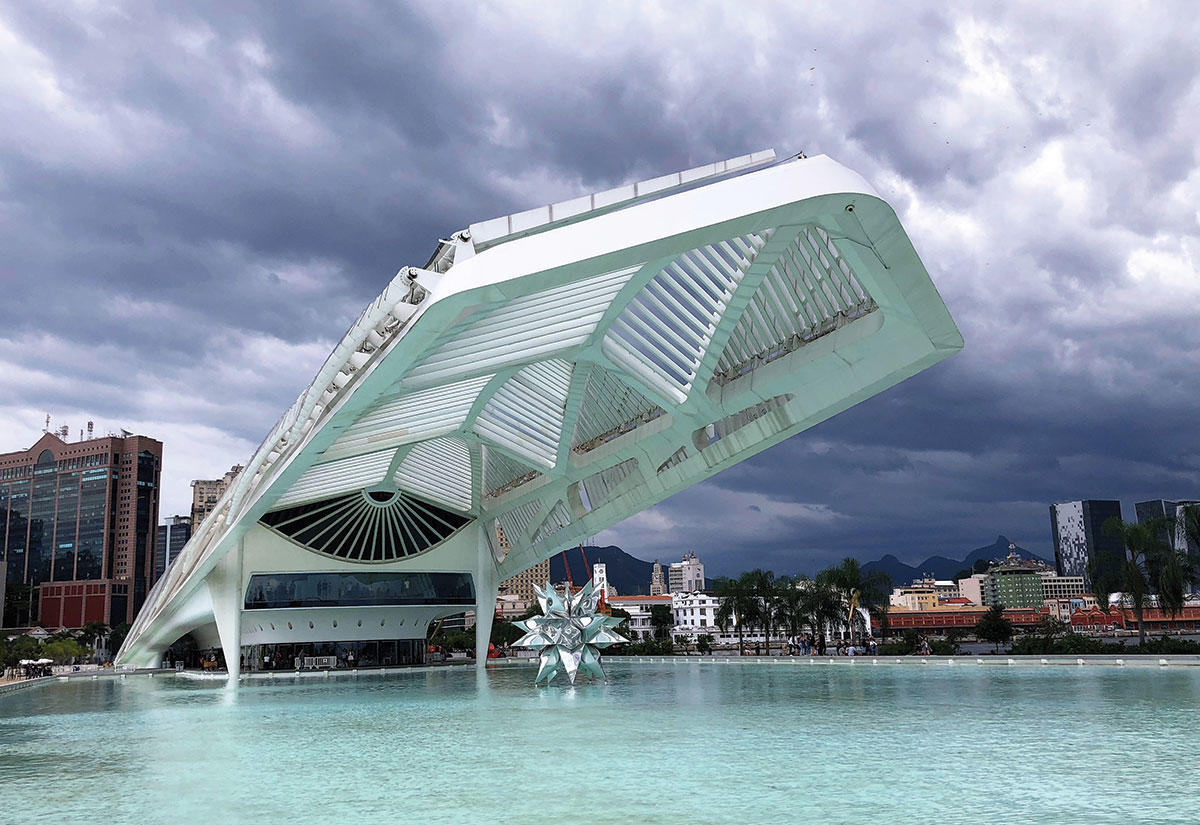 One particular problem in expanding ties between Dubai and Latin America is long (and difficult) travel time.

To arrive at the forum in Panama, for example, delegates had the unenviable choice of a painfully long layover flying KLM through Amsterdam, or flying Emirates to the US and having to collect and re-check their baggage and go through an infamously unpleasant immigration process at the airport.

Currently, direct Emirates flights to Latin America are limited to Brazil, with connections from there to Chile and Argentina. While Mexican and UAE authorities have reportedly agreed to operate ‘fifth freedom’ flights between the two countries through Barcelona, nothing has been forthcoming. A previously planned direct Emirates flight to Panama has been put on hold. 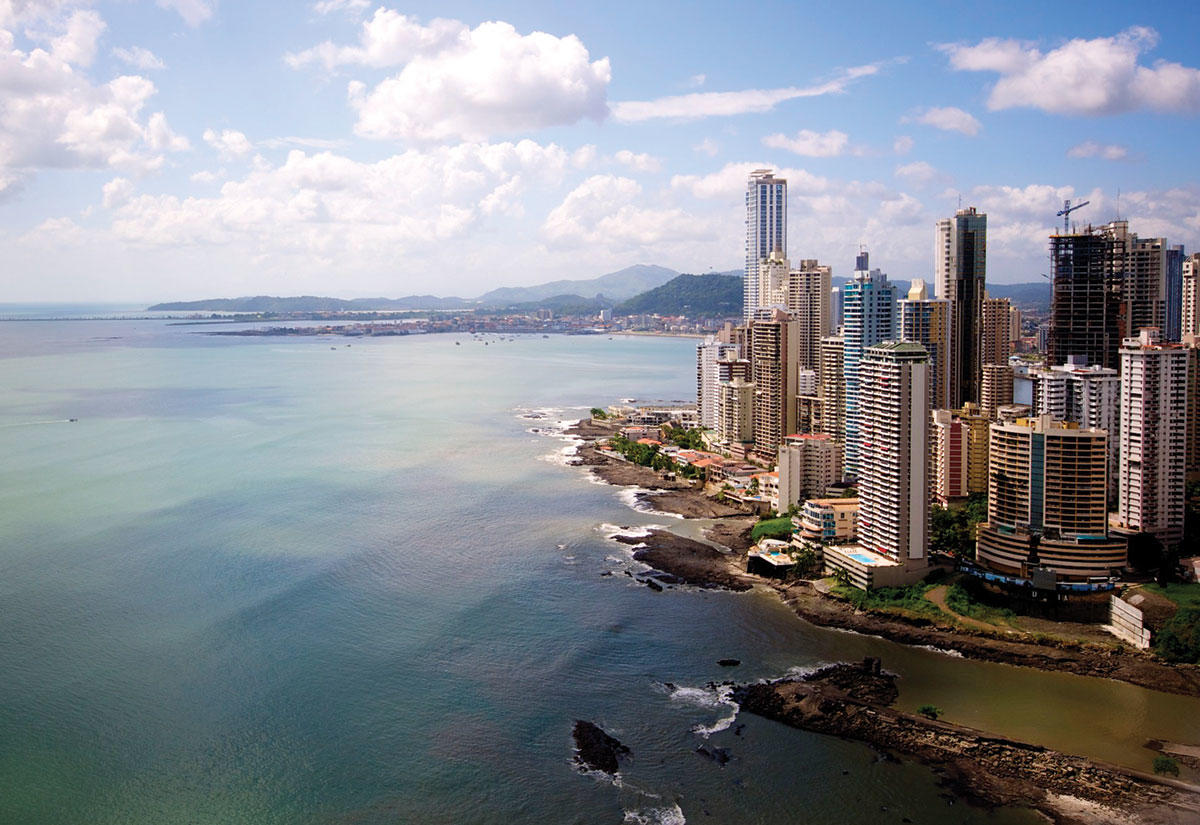 Panama’s GDP is expected to reach $59.8bn this year

“Direct flights would be a huge boost [to ties]. Northern South America is missing that, and Mexico as well,” IDB President Luis Alberto Moreno tells us.

“The more we build that connectivity, the more trade will take place, especially trade in services…because of [the distance] we have between the two regions, we don’t explore a lot of possibilities on either side,” he says. 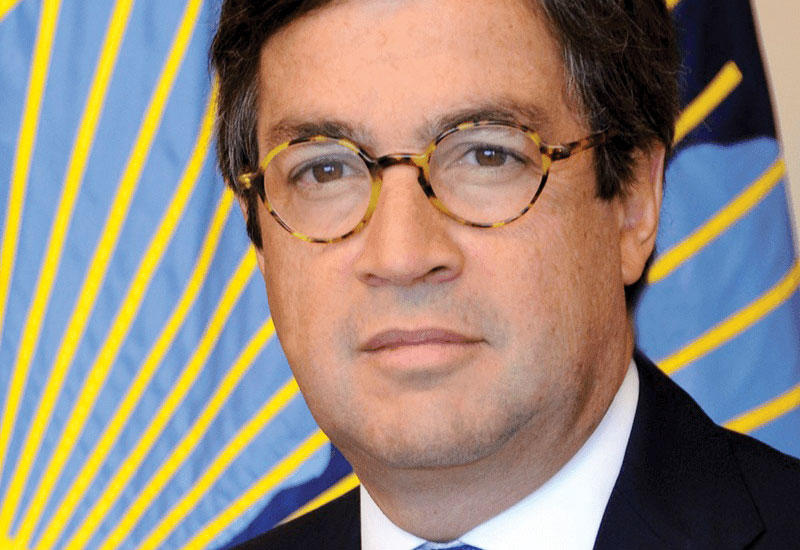 When the issue of connectivity is resolved – and Panamanian officials, for their part, are confident it will – and other steps are taken to boost trade, businesses on both sides of the world can expect a windfall.

According to the IDB’s estimates, new trade agreements could increase trade flows between the two regions by $9.8bn a year, while an expanded diplomatic footprint could add $3.3bn to bilateral trade. 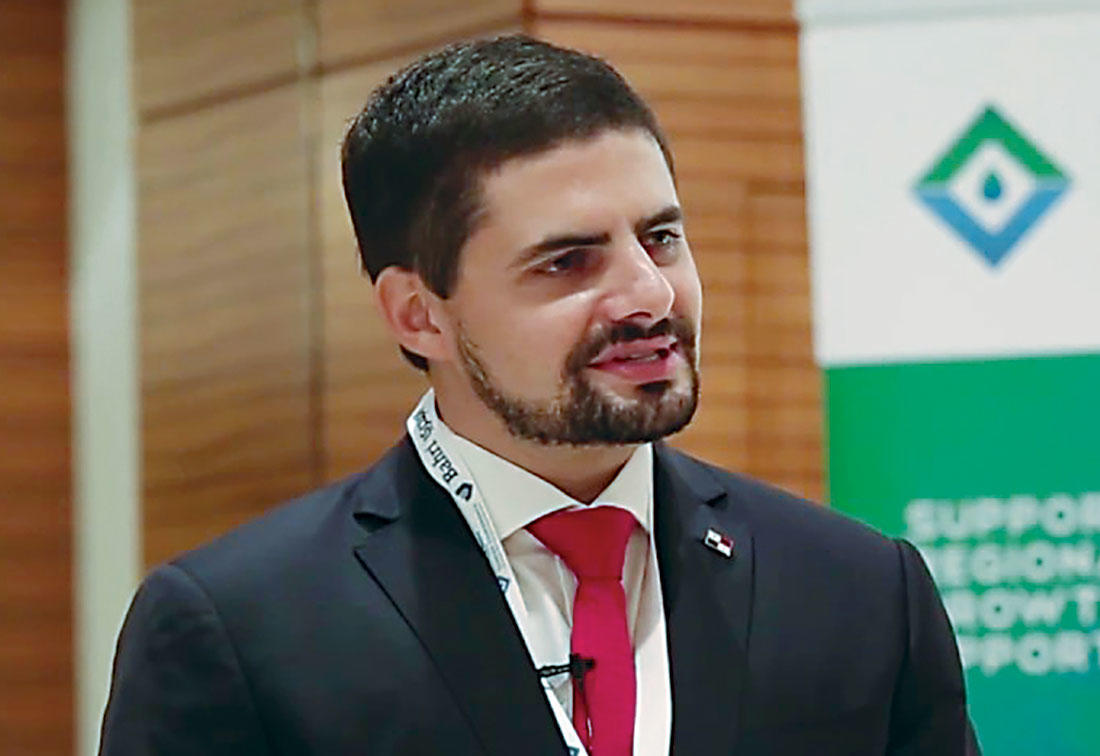 In the meantime, Panamanians will be anxiously waiting.

“Look, we’re the Dubai of the Americas,” a tour guide tells us, pointing to a Panama City skyline that looks surprisingly similar to Dubai Marina or Jumeirah Lake Towers. “We just need more people to come and see. We have everything you want.”