Dubai is About to Have a Tower Dangling in the Air

A New York-based firm is proposing that Dubai be the site of a futuristic, asteroid-suspended skyscraper that orbits around the world. The speculative Analemma... 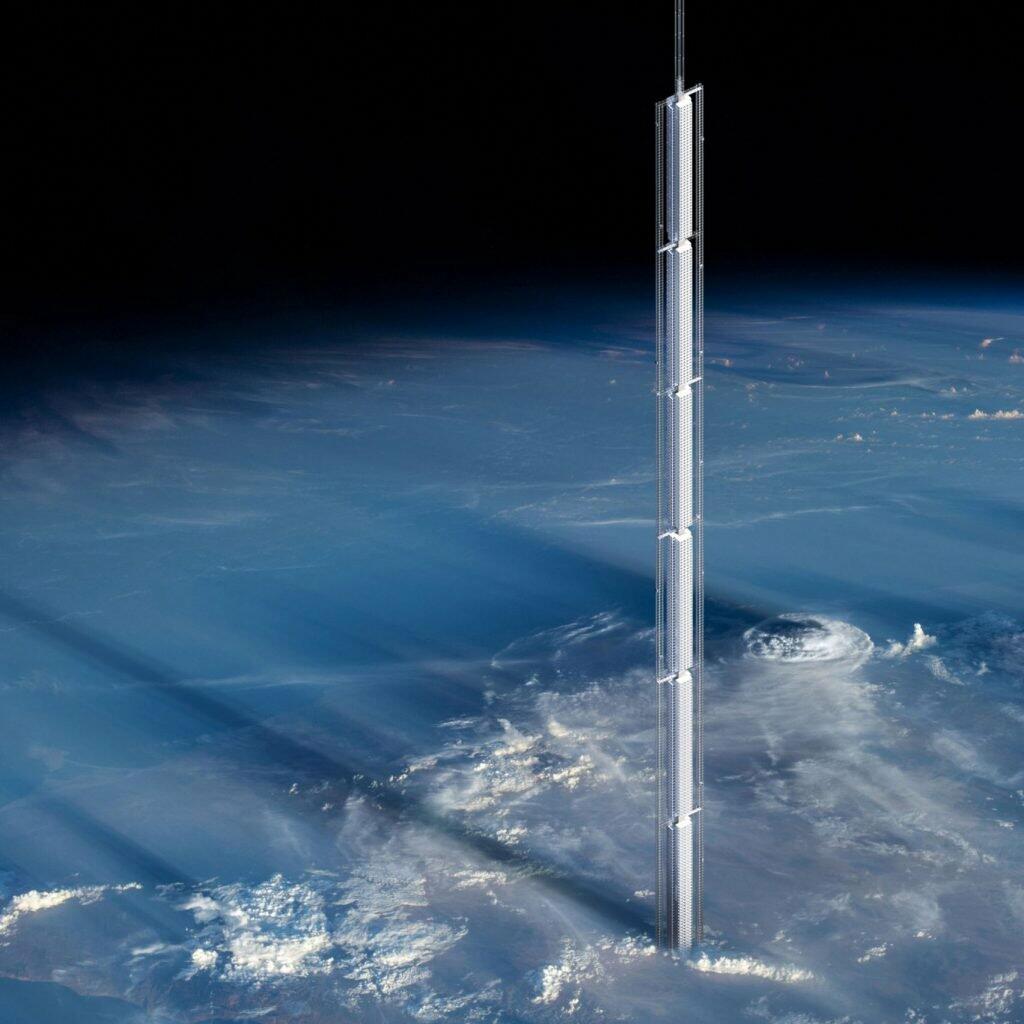 A New York-based firm is proposing that Dubai be the site of a futuristic, asteroid-suspended skyscraper that orbits around the world.

The speculative Analemma Tower – which is being proposed by the Clouds Architecture Office – is designed to be suspended downward on an asteroid orbiting 50,000km from earth. It would orbit in a figure-eight pattern across the northern and southern hemispheres in a 24-hour cycle each day.

On its website, the firm notes that “Analemma inverts the traditional diagram of an earth-based foundation, instead depending on a space-based supporting foundation from which the tower is suspended. “This system is referred to as the Universal Orbital Support System (UOSS).

“By placing a large asteroid into orbit over earth, a high-strength cable can be lowered towards the service of earth from which a super tall tower can be suspended,” the website noted. “Since this new tower typology is suspended in the air, it can be constructed anywhere in the world and transported to its final location.”

The best location to get started, Clouds Architecture noted, is Dubai.

“The proposal calls for Analemma to be constructed over Dubai, which has proven to be a specialist in tall building construction at one-fifth of the cost of New York City construction,” the designers said.

The initial design – which Clouds Architecture is billing as “the world’s tallest tower” – includes separate parts of the tower dedicated to business; sleeping quarters; devotional activities; a gardening and agricultural centre; “transfer stations” that allow for the transfer of people and goods between the earth’s surface and the orbiting structure; and space for dining, shopping and entertainment.

This is how the Analemma Tower would look from space

To power the building, Analemma’s designers plan to instal space-based solar panels, which – “installed above the dense and diffuse atmosphere” – would receive constant sunlight. Water is to be filtered and recycled in a semi-closed loop, and re-filled with condensation captured from rain and clouds.

Once built, the tower’s proposed orbit would take it in a figure-eight pattern around the world, “where the tower would move at its slowest speed at the top and bottom of the figure eight, allowing the possibility for the towers occupants to interface with the planet’s surface at these points”.

“The proposed orbit is calibrated so the slowest part of the tower’s trajectory occurs over New York City,” the website adds.

It’s definitely not going to be cheap

Cloud Architecture noted that – if the tower ever comes to fruition – it certainly won’t be inexpensive.

“Harnessing the power of planetary design thinking, it (the tower) taps into the desire for extreme height, seclusion and constant mobility,” the website says. “If the recent boom in residential towers proves that sales price per square foot rises with flood elevation, then Analemma Tower will command record prices, justifying its high cost of construction.”

Heaven on an asteroid

The tower – if and when it is built – will have these sections:

Space for dining, shopping and entertainment

While an asteroid-suspended skyscraper may seem like an implausible part of a science-fiction movie, Clouds Architecture noted that it may be closer to reality than most people think.

“In 2015, the European Space Agency sparked a new round of investment in asteroid mining concerns by proving with its Rosetta mission that it’s possible to rendezvous and land on a spinning comet,” the firm’s website noted. “NASA has scheduled an asteroid retrieval mission for 2021 which aims to prove the feasibility of capturing and relocating an asteroid.”

The project’s designers noted that harsh atmospheric conditions mean that there “is probably a tangible height limit beyond which people would not tolerate living”.

“For example, while there may be a benefit to having 45 extra minutes of daylight at an elevation of 32,000 meters, the near vacuum and -40°C temperature would prevent people from going outside without a protective suit,” the website added. “Then again, astronauts have continually occupied the space station for decades, so perhaps it’s not so bad.”