Dozens Arrested in Connection of The Sri Lanka Attacks

Sri Lankan police have arrested two dozen people in connection with a string of bomb attacks on several churches and hotels that have claimed... 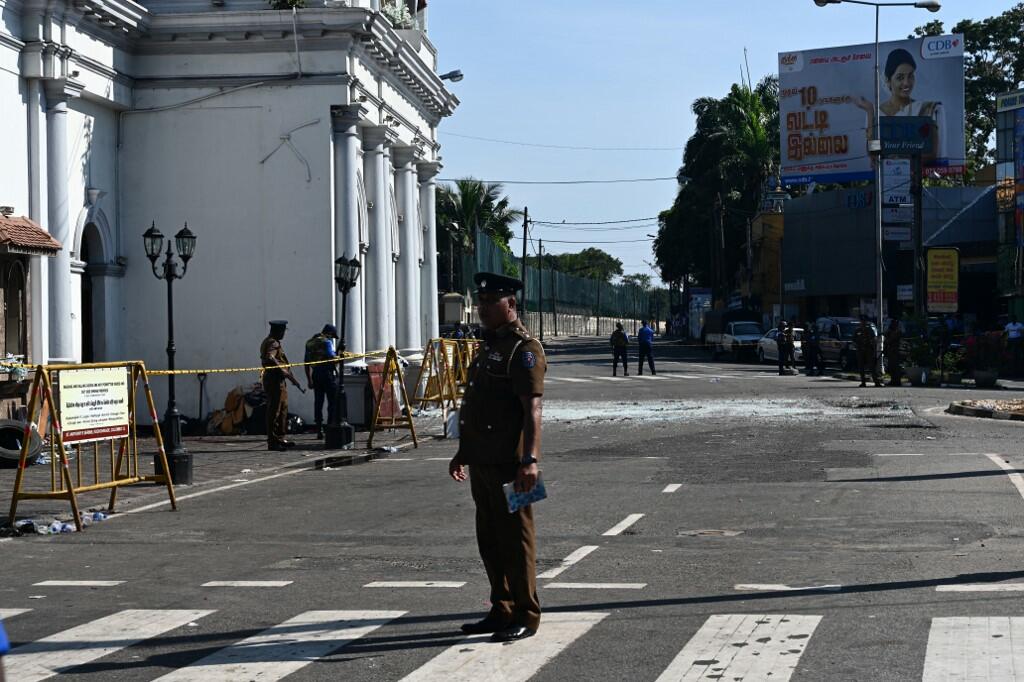 Sri Lankan police have arrested two dozen people in connection with a string of bomb attacks on several churches and hotels that have claimed the lives of at least 290 people.

The country went on lockdown on Easter Sunday after eight apparently coordinated blasts hit churches filled with worshipers as well as luxury hotels in the capital Colombo, and the cities of Negombo and Batticaloa.

Police announced the dramatic rise in the death toll on Monday morning, saying some 500 people had also been injured in the attacks, the worst of their kind since the end of Sri Lanka’s devastating civil war a decade ago.

There were 32 foreigners among those killed, including nationals from Britain, the United States, Turkey, India, China, Denmark, the Netherlands and Portugal.

Three police officers were also killed several hours after the attack, when they raided a house in Colombo. Police reported an explosion at the house.

There has been no immediate claim of responsibility, but police say they have already made 24 arrests in connection with the bloodshed.

Prime Minister Ranil Wickremesinghe told reporters that “so far the names that have come up are local,” but investigators will look into whether the suspected attackers had any “overseas links.”

The premier also acknowledged that “information was there” about possible attacks. “While this goes on, we must also look into why adequate precautions were not taken.”

An intelligence memo warning of a possible attack had circulated 10 days earlier, raising questions about whether more preventative measures could have been taken.

“Serious action need to be taken as to why this warning was ignored,” Sri Lanka’s Minister of Telecommunications, Harin Fernando, tweeted along with a photo of the memo. The document, titled “Information of an alleged plan attack,” is dated April 11 and signed by Deputy Inspector General of Police, Priyalal Dissanayake.

President Maithripala Sirisena, who was on a private visit to India and Singapore, called an emergency meeting of the National Security Council early on Monday, according to a government source.

He expressed his shock at the explosions, saying he had issued directives to the law enforcers – including police and the Special Task Force – to carry out investigation into the incident and take action against those involved.

The prime minister would also attend the meeting, the source added.

Heavy security measures are also reported outside the St. Sebastian’s church in the city of Negombo — one of the churches that came under attack.

Meanwhile, a police spokesman said the Sri Lankan military had found a homemade bomb near the departure gate of Colombo’s main airport late on Sunday as it was clearing a route in preparation for Sirisena’s return home. They disposed of the device in a controlled explosion, according to the spokesman.

A curfew that was enforced on the country from Sunday evening was relaxed early Monday morning, allowing many people to make their way home from the main airport, where they were stranded overnight due to the restrictions.

The government has also blocked access to social media and messaging sites out of concerns that “false news reports … spreading through social media” could lead to violence.

The services will be suspended until investigations into the attacks are concluded, the government said.

This has, however, concerned many, who believe it is very important for people to be able to communicate at times of crisis.

“This really puts people who already have vulnerable access to communication in a much worse position. It is a dangerous precedent to set,” said Joan Donovan, director of the technology and social change research project at Harvard Kennedy’s Shorenstein Center.

Facebook issued a statement Sunday, offering its condolences to those “affected by this horrendous act,” stating it is “committed to maintaining our services and helping the community and the country during this tragic time.”

“We are aware of the government’s statement regarding the temporary blocking of social media platforms,” it said. “People rely on our services to communicate with their loved ones.”

The South Asian nation has a population of about 22 million people; 70 percent of whom are Buddhist, 13 percent Hindu, 10 percent Muslim and seven percent Christian, according to the country’s 2012 census.

Sri Lanka is reeling from a 26-year civil war that ended in 2009 with an estimated 100,000 deaths. The strife was mainly between the so-called Tamil Tigers and the Sri Lankan government, and ended when government forces defeated the rebels.

Authorities are now concerned that the new spate of violence could upset the fragile peace in the country.

Police have already reported a petrol bomb attack on a mosque in Sri Lanka’s northwest and arson attacks on two shops owned by Muslims in the west.

Moreover, the country has recently witnessed a surge in ultra-nationalist Buddhism led by its most powerful Buddhist organization, the Bodu Bala Sena.