Buckingham Palace is expected to announce on Tuesday that US President Donald Trump will make a state visit to the UK in early June.... 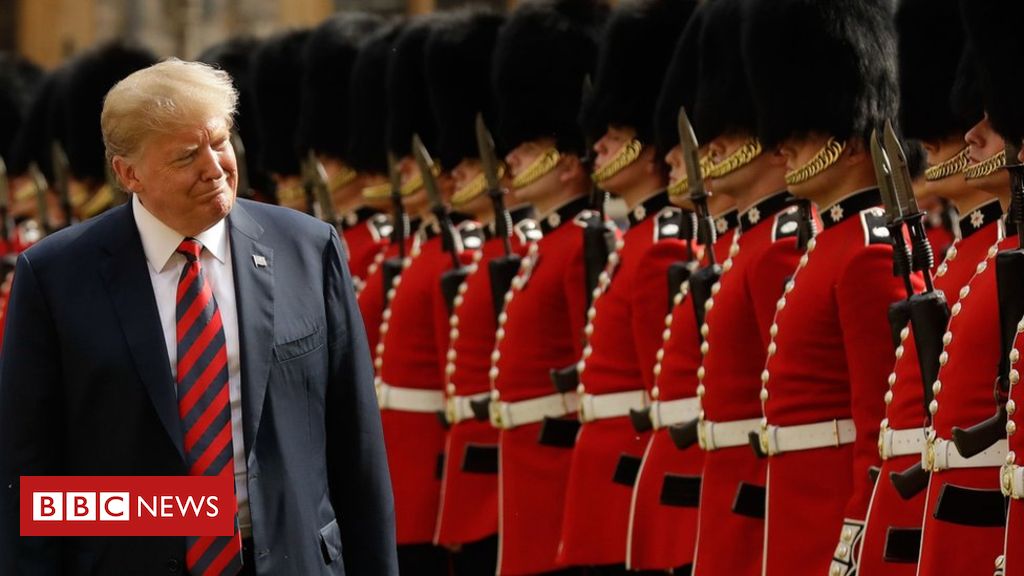 Buckingham Palace is expected to announce on Tuesday that US President Donald Trump will make a state visit to the UK in early June.

The president was promised the visit by Prime Minister Theresa May after he was elected in 2016 – but no date was set.

Downing Street did not comment on the matter when contacted by the BBC.

President Trump and the first lady, Melania, visited the UK in July 2018, but only for a two-day working visit.

During the 2018 trip, the president met Mrs May at Chequers and the Queen at Windsor Castle before heading to Scotland, where he owns the Turnberry golf course.

What is a state visit?

A state visit is a formal visit by a head of state and is normally at the invitation of the Queen, who acts on advice from the government.

State visits are grand occasions, but they are not just ceremonial affairs. They have political purpose and are used by the government of the day to further what it sees as Britain’s national interests.

Once the location and dates are confirmed, the government, the visiting government and the royal household will agree on a detailed schedule.

So what is involved?

The Queen acts as the official host for the duration of the trip, and visitors usually stay at either Buckingham Palace or Windsor Castle.

There is usually a state banquet, and a visit to – and speeches at – the Houses of Parliament may be included. The Speaker of the House of Commons is one of three “key holders” to Westminster Hall, and as such, effectively holds a veto over who addresses Parliament.

The Queen usually receives one or two heads of state a year. She has hosted 109 state visits since becoming monarch in 1952.

The official website of the Queen and the Royal Family has a full list of all state visits since then, including details of how the ceremonies unfold.