Qatar Railways Company announced the completion of research on the use of tunnelling soil for agricultural purposes. The research was conducted in co-operation with... 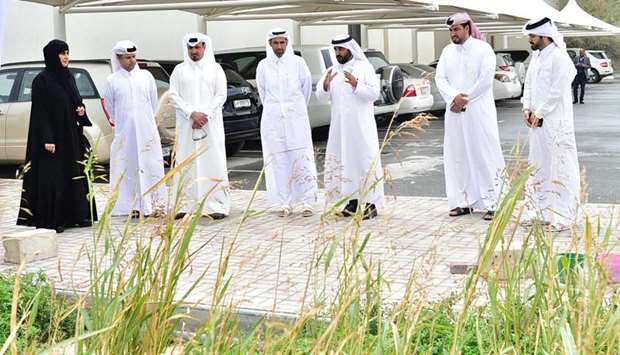 Qatar Railways Company announced the completion of research on the use of tunnelling soil for agricultural purposes.

The research was conducted in co-operation with Qatar University (QU) represented by the Environmental Science Centre (ESC) and the Centre for Advanced Materials (CAM).

The company had previously announced the commencement of the research on the use of soil resulting from the tunnelling works carried out on the Doha Metro project for agricultural purposes to find solutions for developing agricultural resources and achieving food self-sufficiency in Qatar in a sustainable manner.

Over the past year, the ESC had analysed different soil samples from the rubble resulting from the Doha Metro tunnelling works and conducted laboratory experiments that include soil enhancement in search of opportunities to produce various agricultural crops. Several joint meetings were organised with QU to stay abreast with the project’s latest developments.

The soil testing results revealed a vast similarity in the mineral and physical composition of the natural soil used in local farms in the country. The research team in charge of the project revealed that the soil can be successfully used in agriculture after mixing it with natural soil conditioners in various ratios. To obtain those results, the team cultivated various plants used as pasturages such as clovers and millets.

Commenting on the project, Chief of Strategies and Business Development at Qatar Rail, Ajlan Eid al-Enazi said: “As a result of the tunnelling works conducted on the Doha Metro project, we now have a massive quantity of soil. Consequently, we at Qatar Rail thought we should look into the best means to benefit from it and in co-operation with Qatar University we decided to conduct a joint research project. The research efforts conducted came to fruition as the soil proved usable for agricultural purposes. We are currently working on expanding this study to benefit from its results in reality. Hence, Qatar Rail’s projects have contributed to Qatar’s efforts to achieve sustainability, not only by developing a sustainable means of transport, by providing various other benefits from all aspects of this project.”

Commenting on the research, Vice-President of Research and Graduate Studies at Qatar University, Dr Mariam Ali al-Maadeed stated: “We were very pleased to co-operate with Qatar Rail on this ambitious project that will contribute massively to finding long-term solutions for developing agricultural resources. Thanks to the distinctive research capabilities of Qatar University and its accredited technologies, we were able to find use for the tunnelling soil, and we hope to see the tangible results of this research in reality.”

For his part, Assistant Undersecretary of Agricultural Affairs and Fisheries at the Ministry of Municipality and Environment, Sheikh Dr Faleh bin Nasser al-Thani said: “Achieving self-sufficiency in agricultural production in the State of Qatar is one of the most important future goals of the Ministry of Municipality and Environment. In light of the results of the soil testing, we look forward to working closely with both Qatar Rail and Qatar University to establish a committee dedicated to the project and discuss the means of implementation, the allocation of lands and mass production. All of this is to contribute to building the capabilities of the local production of agricultural crops.”
Qatar Rail seeks to work closely with the relevant authorities to find a way to translate this goal to reality and explore the possibilities to rehabilitate unused land, which can be used to produce agricultural crops that would cover local consumption and possibly allow for future agricultural exports.