This year Doha Diamond League has its 10th anniversary and the organizers are looking forward to celebrating this milestone with another night of world... 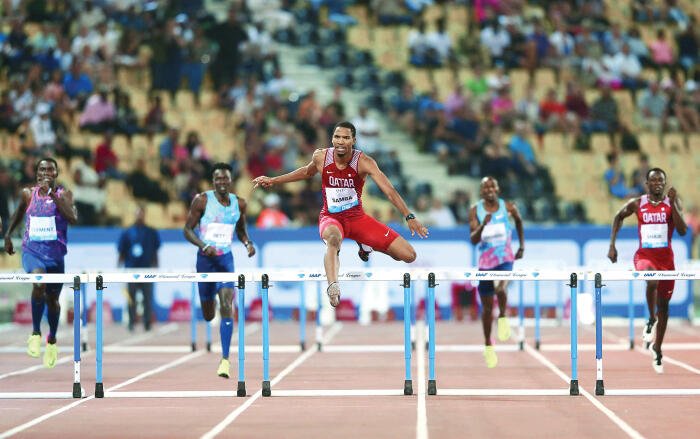 This year Doha Diamond League has its 10th anniversary and the organizers are looking forward to celebrating this milestone with another night of world class athletics. The Khalifa International Stadium will be the place for this celebration on the 3rd of May, just months before the venue hosts the IAAF World Championships this autumn.

The IAAF Diamond League came into being in 2010 and the first ever Diamond League meeting took place at the Qatar Sports Club on 14 May. Three meeting records set that year remain on the books with David Rudisha’s 1:43.00 in the 800m, Eliud Kipchoge’s 12:51.21 in the 5000m and Barbora Spotakova’s winning mark of 67.33m in the javelin all lasting the test of time thus far.

Kenyans Rudisha and Kipchoge and Czech Republic’s Spotakova – all of whom are still active – have amassed eleven global titles as a triumvirate and are just three of the all-time greats of the sport who have competed in the Doha Diamond League over the years.

Qatar Athletics Federation (QAF) President and Secretary General of the Qatar Olympic Committee (QOC) Dr. Thani al Kuwari said: “It has been a privilege and an honour to welcome the world’s best athletes to the Doha Diamond League for a decade. We have a new venue this year and I’ve heard the athletes are very excited to compete in the Khalifa International Stadium, especially as the IAAF World Championships will be taking place in the same arena later this year.

“We have seen from times and performances at the recent Asian Championships that the track in the Khalifa International Stadium is exceptionally quick so we are certainly hopeful that we will see some meeting records – and maybe even a Diamond League record – at our new home on 3 May.”

Last year’s edition was arguably one of the best to date as five meeting records were set across the programme. Croatia’s Sandra Perkovic highlighted the meeting by setting a Diamond League record of 71.38m in the discus – one of five Diamond League records which have been set in Doha – while home favourite Abderrahman Samba won the 400m hurdles in 47.57.

The performances of Samba, who improved his Diamond League record to 46.98 in the Paris Diamond League last year, and his compatriot Mutaz Essa Barshim in recent seasons have also added to the local interest in the Doha Diamond League. Barshim, the reigning world outdoor champion, also won in Doha last year with a 2.40m clearance in the high jump before an ankle injury forced him to abandon his season midway through the summer.

“In recent years the crowds have also been thrilled by the performances of local heroes Mutaz Essa Barshim and Abderrahman Samba and I wish them well in this World Championships year. I know that Mutaz isn’t quite ready to compete yet but I am sure he will be fully prepared for the World Championships and we look forward to welcoming him back to the Doha Diamond League in the years to come,” Kuwari added.

The Doha Diamond League is also fondly remembered by fans and spectators for two outstanding performances in the field events in recent seasons.

History was made in 2015 when Cuba’s Pedro Pablo Pichardo and Christian Taylor from the United States both surpassed the 18-metre line in the triple jump – the only competition in which two athletes have surpassed 18 metres in wind-legal conditions – and two years later, Germany’s Thomas Rohler produced the world’s longest javelin throw in twenty years, winning the competition with a Diamond League record of 93.90m.