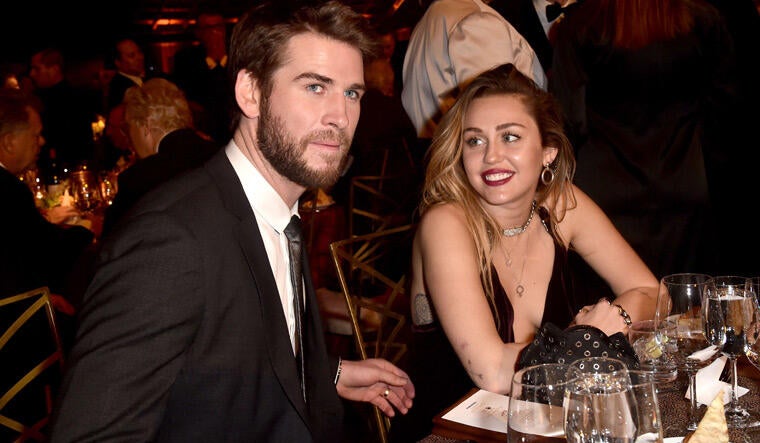 Miley Cyrus thinks a lot of people are confused by her “modern” marriage.

The 26-year-old pop star married long-time partner Liam Hemsworth in December, and she accepts that their relationship might be “confusing” to some people because she identifies as queer and is still sexually attracted to women.

Speaking in the new issue of ELLE magazine, she said: “I think it’s very confusing to people that I’m married. But my relationship is unique. And I don’t know that I would ever publicly allow people in there because it’s so complex, and modern, and new that I don’t think we’re in a place where people would get it … I mean, do people really think that I’m at home in a f***ing apron cooking dinner? I’m in a hetero relationship, but I still am very sexually attracted to women…”

The ‘Black Mirror’ actress has chosen to commit to Liam, 29, because she knows he will support her in everything she does in her life, but even though she is married she doesn’t really like the term wife.

She said: “I made a partner decision. This is the person I feel has my back the most. I definitely don’t fit into a stereotypical wife role. I don’t even like that word.”

Miley has been open about her sexuality in the past, and including coming out as pansexual to her mother when she was 14.

The singer – whose father is country singer Billy Ray Cyrus – has opened up about her romances with women in the past, and she told Variety in 2016 that her “eyes started opening in the fifth or sixth grade.”

She said at the time: “My first relationship in my life was with a chick. I grew up in a very religious Southern family. The universe has always given me the power to know I’ll be OK.
Even at that time, when my parents didn’t understand, I just felt that one day they were.

“My whole life, I didn’t understand my own gender and my own sexuality. I always hated the word ‘bisexual,’ because that’s even putting me in a box. I don’t ever think about someone being a boy or someone being a girl.”