Does body weight contribute to the risk of psoriasis? 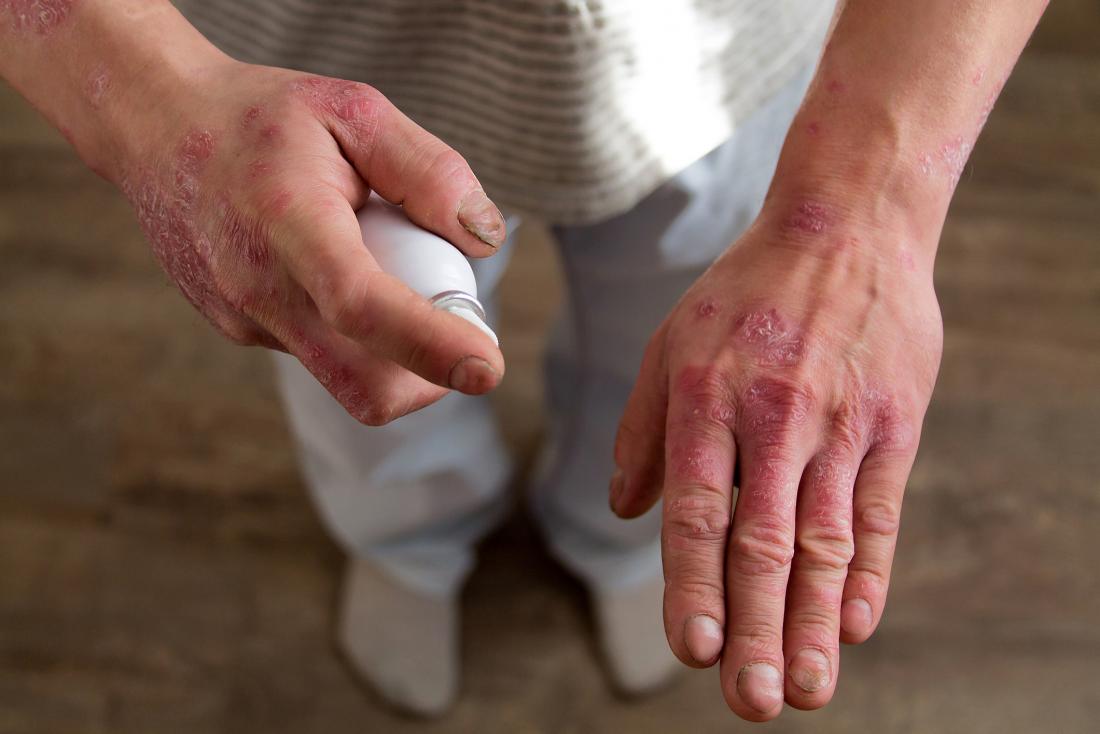 The National Institute of Diabetes and Digestive and Kidney Diseases (NIDDKD) estimate that 32.5% of adults in the United States are overweight and 37.7% have received a diagnosis of obesity.

The NIDDKD also define being overweight as having a body mass index (BMI) of 25–29.9 and having obesity as having a BMI of at least 30.

At the same time, reports indicate that psoriasis, which is a common, chronic skin condition, affects about 2% of the U.S. population.

Studies have shown that over the past few years both obesity and psoriasis have been on the rise in the U.S. Some investigations have also revealed a correlation between the presence of psoriasis and that that of obesity. Could there be a causal relationship between these two conditions?

Now, researchers from collaborating institutions worldwide, including the University of Bristol in the United Kingdom, and the K.G. Jebsen Center for Genetic Epidemiology in Trondheim, Norway, has investigated precisely this possibility.

According to Dr. Mari Løset, one of the investigators who contributed to this study, “[h]igher BMI may contribute to increased inflammation of the skin, which can exacerbate psoriasis, but it could also be that psoriasis leads to a person being less physically active and thus gaining weight.”

How the team established causality

In their new study, the researchers analyzed the genetic data of 753,421 individuals, using the Mendelian randomization approach. The authors accessed the information through various large databases, including the U.K. Biobank and the Health Survey in Nord-Trøndelag (The HUNT Study) in Norway.

This type of analysis can establish a causal relationship between a potential risk factor and a certain health condition or outcome because it uses the presence of genetic variants as a tool to determine whether or not two factors are causally linked.

As one article published in the Journal of The American Society of Nephrology explains, “genetic variants […] are being increasingly used [to determine causality] because their alleles are assigned to individuals before any exposure or outcome.”

Thus, the presence of genetic variants is independent of any external modifying factors. This provides a more reliable way of establishing what kind of relationship lies between two clinical factors, and which way causality runs.

“Mendelian randomization means that nature itself distributes individuals randomly into groups based on genes. This way, we can avoid the results being influenced by external factors,” Dr. Løset notes.

Since, she continues, “[o]ur understanding of how genes are related to disease is increasing at record speed, […] in this study we used known genetic variants as markers for BMI and psoriasis.”

The team’s findings — reported in a study paper that now appears in the journal PLOS Medicine — indicate that the higher a person’s BMI, the greater is their likelihood of developing psoriasis.

More specifically, Løset says, the researchers “calculated that the risk increased by 9% for each higher whole number on the BMI scale,” Dr. Løset says.

However, Dr. Løset also notes that while she and her colleagues are now confident that there is a causal relationship between higher body weight and the risk of psoriasis, it remains unclear what actual biological mechanisms are involved in this scenario.

“We still don’t know enough about the mechanisms behind this connection. Fatty tissue is an organ that produces hormones and inflammatory signaling molecules, which could be a contributing factor.”

In the future, the team wants to find out more about possible underlying mechanisms, and what implications these processes might have for prevention strategies or therapeutic approaches.

“Psoriasis is a very complex disease, and we hope to study subgroups, especially individuals with severe psoriasis,” Dr. Løset says, adding that “[t]he hypothesis is that we will be able to observe even greater links with higher weight.”