Do Energy Drinks are Bad for the Heart?

Energy drinks are popular, especially among teenagers and young adults. But a clinical trial reports that energy drinks caused disturbances to the volunteers’ heart... 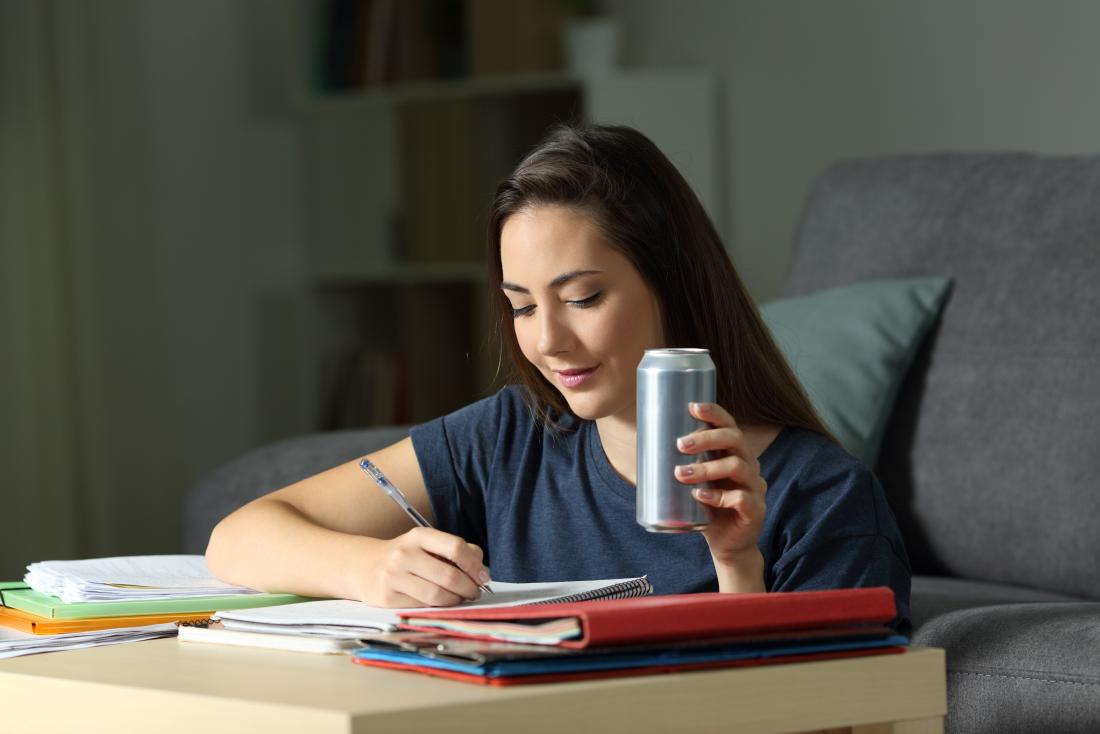 How do energy drinks affect the heart?

Energy drinks are the second most popular dietary supplement of choice for teenagers and young adults in the United States, according to the National Center for Complementary and Integrative Health (NCCIH).

Packed with caffeine and other ingredients, such as guarana, taurine, ginseng, and B vitamins, these drinks promise to boost concentration, improve physical performance, and reduce fatigue.

A recent article in the American Journal of Preventive Medicine puts the rise in popularity of energy drinks into numbers.

Yet mounting evidence portrays energy drinks in a different light. “Consuming energy drinks raises important safety concerns,” according to the NCCIH, with twice as many emergency department visits related to energy drinks recorded in 2011 than in 2007.

In the largest randomized, controlled clinical trial on the subject to date, researchers from the University of the Pacific in Stockton, CA, along with collaborators from other institutions, identify how energy drink consumption affects the heart.

For the study, published in the Journal of the American Heart Association, lead study author Sachin A. Shah, a professor of pharmacy practice at the University of the Pacific, enrolled 34 adults aged 18 to 40.

After an overnight fast, the volunteers consumed two 16-ounce bottles of either one of two energy drinks or a placebo, which contained carbonated water, lime juice, and cherry flavoring. The study was double-blinded, meaning that neither the participants nor the researchers knew who drank which product.

The researchers then measured the volunteers’ heart rhythms with standard electrocardiogram and blood pressure readings every 30 minutes for a total of 4 hours.

Here they found a significant change in the time that the chambers of the heart needed to contract and relax. This measure is called the QT interval. The length of the QT interval is linked to a person’s heart rate, so scientists often use a corrected version, called QTc, that takes heart rate into account.

A QTc interval of 450 milliseconds (ms) in men and 460 ms in women is considered the maximum for a healthy heart rhythm.

When this number rises — a phenomenon termed QT interval propagation — a person’s risk of experiencing life-threatening arrhythmia, or disturbance of the heart’s normal beat, and sudden cardiac death increases.

While consumption of the placebo drink caused a maximum change in QTc interval of an average of 11.9 ms, the two energy drinks resulted in average maximum changes of 17.9 ms and 19.6 ms.

Importantly, the researchers saw significant changes in the QTc interval length up to 4 hours after the volunteers had consumed the energy drinks.

In the paper, the authors comment that “According to the [Food and Drug Administration (FDA)], QTc prolongation is a well-established risk factor for arrhythmias, with a prolongation over 10 ms prompting further investigation.”

“Energy drinks are readily accessible and commonly consumed by a large number of teens and young adults, including college students,” comments study co-author Kate O’Dell, a professor of pharmacy at the University of the Pacific, on the findings. “Understanding how these drinks affect the heart is extremely important.”

In the study, the authors explain that the caffeine in the energy drinks may have contributed to the change in blood pressure, but only to some extent. Other ingredients, particularly taurine, could also play a role.

“We found an association between consuming energy drinks and changes in QT intervals and blood pressure that cannot be attributed to caffeine. We urgently need to investigate the particular ingredient or combination of ingredients in different types of energy drinks that might explain the findings seen in our clinical trial.”

The authors point to the study’s limitations. They asked the participants to drink a total of 32 ounces of energy drink or placebo, which limits how well the results translate to how people consume these products in their normal daily life.

The researchers also studied the volunteer’s heart rhythm and blood pressure for only 4 hours, which does not provide insights into the long-term effects or chronic exposure to energy drinks, and they only enrolled healthy volunteers in the study.

Finally, people frequently consume energy drinks in combination with alcohol, which the team did not study in this clinical trial.

It is also important to mention that none of the participants experienced QTc intervals over 500 ms. In the paper, the authors explain that “Clinically, a QT/QTc interval over 500 ms or a change over 30 ms warrants careful monitoring.”

Nevertheless, Prof. Shah urges caution: “The public should be aware of the impact of energy drinks on their body, especially if they have other underlying health conditions. Healthcare professionals should advise certain patient populations — for example, people with underlying congenital or acquired long QT syndrome or high blood pressure — to limit or monitor their consumption.”