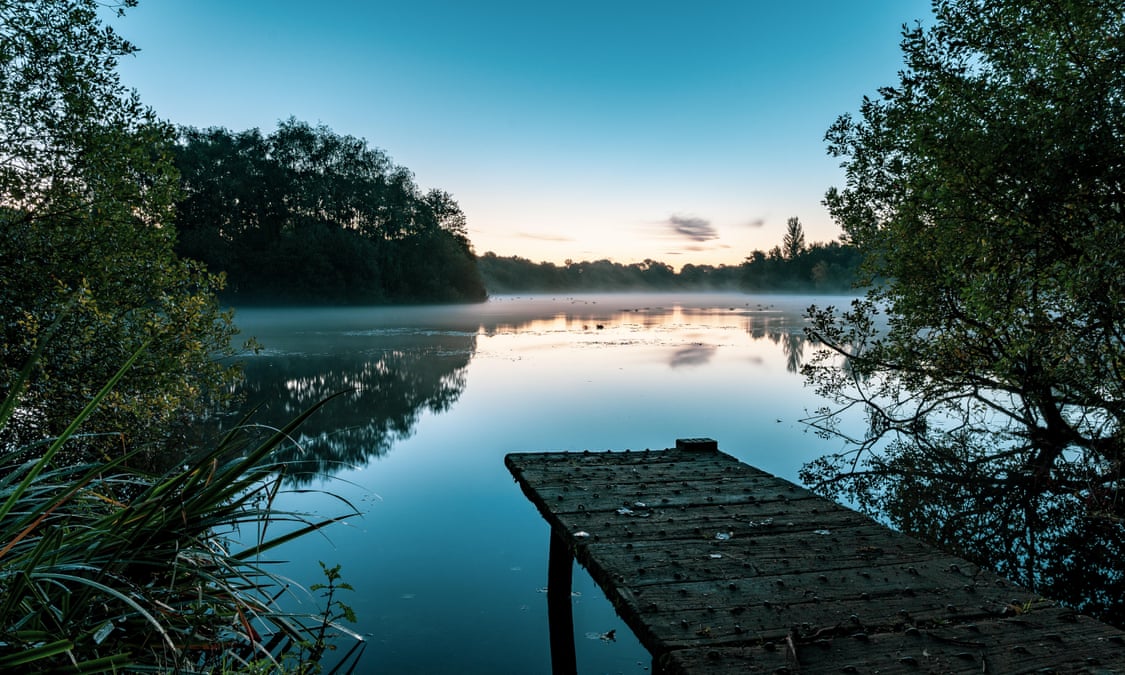 Discover Great Parks and Green Spaces in the UK

This post was originally published on this site Sensory playgrounds for children, a second world war airfield converted into a deer park, and an...

Skirting the southern edge of Manchester, Turn Moss and Chorlton water meadows offer a huge swathe of countryside just five miles from the city centre. Bisected by the River Mersey, they are home to at least 67 species of birds, and the rare Daubenton’s bat. During the second world war, mock housing and factory buildings were built of plywood on Turn Moss as decoys to distract German bombers from nearby factories. The area still sports a historic hedge marking the traditional boundary between Lancashire and Cheshire. It was threatened last year with construction by Gary Neville’s Salford City FC, but a local grassroots campaign successfully fought to keep this green space open to all.
• visitmanchester.com
Helen Colley

The politicians might not be making much use of it at the moment, but Stormont Estate, home to the Northern Ireland Assembly, is a treat for the rest of us. The play park, brainchild of Mo Mowlam, the late Northern Ireland secretary, has swings with wheelchair access and play elements for children with sensory issues. We picnic or grab a coffee from the lorry parked on site. I often join the Saturday park run or use the outdoor gym. Visitors can tour the parliament buildings free of charge and have lunch in the members’ dining room between noon and 2pm. My reliable go-to place for a more hipster brunch or dinner with wine is the fabulous General Merchants nearby. The park is open from dawn to dusk.
• nidirect.gov.uk
Roisin Coleman

Overtoun House, to the east of Dumbarton, overlooks the River Clyde and has the beautiful Lang Craigs wood as a backdrop. It was a maternity home during the 1960s and 1970s, and many locals were born there (including me). The house was bequeathed to the people of Dumbarton, but for many years lay in a sad state of disrepair until it was let to a Christian organisation. It runs a tea room on Saturdays (and Thursdays and Fridays in summer). You can walk around the gorgeous grounds or, if you’re feeling more energetic, go up into the Lang Craigs wood for fabulous views. Then relax and enjoy your coffee and cake in the Angel Room watched over by the heavenly frescoes.
• visitscotland.com
Carol Ann Ramsay

Watchtree Nature Reserve, near Carlisle, offers walks in dense woodland populated with hare and deer, as well as frogs, toads and newts, if you look carefully enough. Sited on a former second world war airfield, it has a number of trails through the woods, as well as smooth track perfect for cycling or skating. It is possible to hire a range of bicycles from Watchtree Wheelers to tour the perimeter, though cyclists aren’t permitted to disturb the peace of the wooded areas. Given that is was once the burial ground for thousands of animals caught up in the foot-and-mouth crisis, its transformation into to a nature reserve, wind farm and disability cycling charity is a serene triumph.
• watchtree.co.uk
James Cartwright

Hengistbury Head, just south of Christchurch, is a beautiful, tranquil and constantly changing piece of coastline that has something for everyone. As a newly created dog walker, I can choose from flat grassland tracks that lead to high sand dunes down to the beautiful natural and often deserted beach. Or we can choose to go high on to the head and walk the path through heather and ferns, with views of Christchurch Priory and estuary on one side, and the Dorset coastline on the other. Then, right at the tip, you see Mudeford Spit and its beach huts. There is wildlife and colourful plant life everywhere, and whether it’s sunny or cloudy (it’s always windy!) at the end of a walk you feel better for having been there.
• see visithengistburyhead.co.uk
Philippa

Baggeridge Country Park, near Wolverhampton, has always been our family’s favourite place for an afternoon walk. It’s a former colliery with beautiful walks, a play park, a miniature railway, lakes and watercress beds to hop across. It’s often heaving on a warm day, so our best memories are in the drizzle when it’s quiet and we can watch the wildfowl on Bag Pool, or walk to Himley Hall and stop for hot chocolate. You often spot relics of the old mine works and can climb to the toposcope and look across to the old brickworks. A great place to observe all four seasons.
• sstaffs.gov.uk
Colin Pearson

Beacon Hill national nature reserve stands above the South Downs in Hampshire. The top of the hill is coated in beech woodland, which provides shady respite from the heat of the summer sun. The chalk downlands are the real attraction though, and you have to be prepared to go slow to appreciate its delights – multitudes of plants, all in flower, just centimetres from each other. The mind boggles at how so many different things can live cheek by jowl. The cherry on the cake isn’t just the song of the skylark, but the clouds of butterflies that erupt with every step. Here I am reminded of Pig-Pen, the character in Charlie Brown, as silver-spotted skipper butterflies surround me in their hundreds.
• gov.uk
Rob

For a slice of serenity in the heart of London, I love Millwall Dock on the Isle of Dogs. Dwarfed by the skyscrapers of Canary Wharf, this expanse of open water is the perfect contrast to fast-paced urban life. Whether it’s observing the mischievous birdlife squabbling over possession of the tern raft in the old graving dock, or partaking in a bracing open-water swim from the Docklands Sailing & Watersports Centre, or simply watching the sun set over the City of London with an array of dinghies in the foreground, there’s always something to amuse, refresh or inspire. And for those more interested in llamas, goats and donkeys, Mudchute Farm is just a stone’s throw away.
Jack Stookes

Sandwell Valley, near West Bromwich, is a one-of-a-kind place full of hidden gems, with surviving bits of real countryside, open pastures and grass meadows. It also has a nice old farm turned into a museum and two large, well-equipped playgrounds. Or you can visit the priory ruins – said to be haunted – with its Saxon stone coffins, surrounded by old dark woods with hidden medieval ponds. More recent history lies in the second world war ack-ack gun emplacements, still in good shape, but more and more engulfed by the vegetation every year. And an old colliery site has been transformed into a wildlife haven by the RSPB on the river Tame. This is all within a 1.5-mile radius surrounded on all sides by urban sprawl. May it remain undeveloped for ever.
• sandwell.gov.uk
Stanley

My absolute favourite green space is the Dalston Eastern Curve Garden. This small urban community oasis is set back from the madness of busy Hackney on a disused train line. It’s a beautifully layered garden with a magical wooded area, raised beds with vegetables, and beautiful pots full of seasonal flowers. The main reason I come here is for inspiration – I love the creativity, especially across the seasons. I especially love visiting in October: despite the year growing old, it is transformed into a beautiful autumnal space, using the changing plants, hundreds of carved pumpkins, and coppery red crispy leaf garlands. Sitting in the cold, warmed by a hot chocolate, it is just perfect.
• dalstongarden.org
Katherine Phipps

Williamson Park in Lancaster is a gem. Jimmy Williamson (Lord Ashton) commissioned its construction from the remains of the city quarry in the 19th century. Most people who have passed Lancaster on the M6 heading north will have seen the Ashton Memorial in the centre of the park, rising above the trees, but step inside and you find lovely walks between mature trees, a regular outdoor theatre, cafe, wildlife park, butterfly house, children’s play areas and – on a clear day – views across Morecambe Bay to the Lakeland Fells. It’s a hidden wonder much worth the detour.
• see lancaster.gov.uk
Karl Lester