NAKHON RATCHASIMA – A disabled village dog in northeastern Thailand has been hailed a hero for rescuing a newborn who was buried in a... 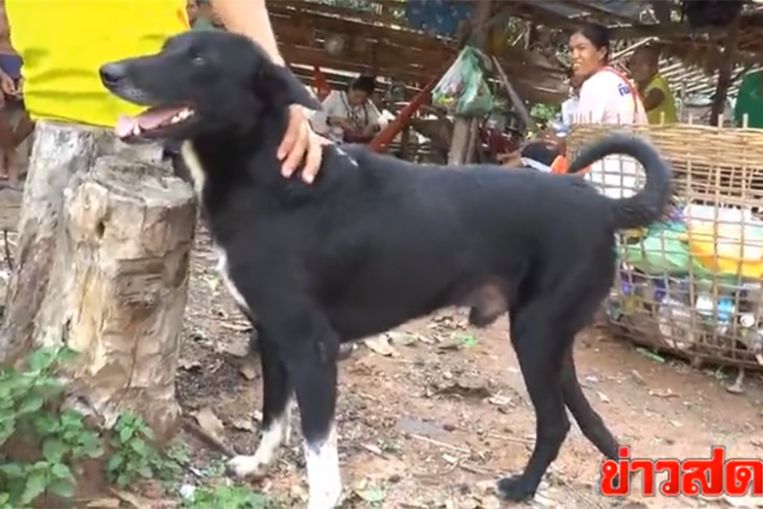 NAKHON RATCHASIMA – A disabled village dog in northeastern Thailand has been hailed a hero for rescuing a newborn who was buried in a field where he was left to die.

Ping Pong the black mutt, which has only three working legs, discovered the baby on Wednesday (May 15) in a cassava plantation in Ban Nong Kham village in the Thai province of Nakhon Ratchasima and started digging.

“I heard a dog barking and a baby crying in a cassava plantation, so I went there to check. The dog was digging up a dirt pile and the baby’s legs emerged,” Ping Ping’s owner Usa Nisaikha, a 41-year-old farmer, was quoted as saying by Bangkok Post.

The baby boy was dug up and taken to a hospital where he was declared healthy.

The boy’s mother, a 15-year-old teenager, was arrested and charged with child abandonment and attempted murder.

She confessed that she buried the infant after delivering him by herself as she feared the reaction of her parents who did not know she had been pregnant.

Police said the baby survived because he was buried shallowly.

Meanwhile Mr Usa, who has had Ping Pong since it was a baby, has nothing but praise for the six-year-old dog.

“Ping Pong was hit by a car, so he’s disabled. But I kept him because he’s so loyal and obedient, and always helps me out when I go into the fields to tend to my cattle,” Mr Usa said as reported by Khaosod English.

“He’s loved by the entire village. It’s amazing he found the baby.”