Dirk Nowitzki declared “I’m glad it’s over with” after passing “freak of nature” Wilt Chamberlain to move into sixth on the list of NBA career... 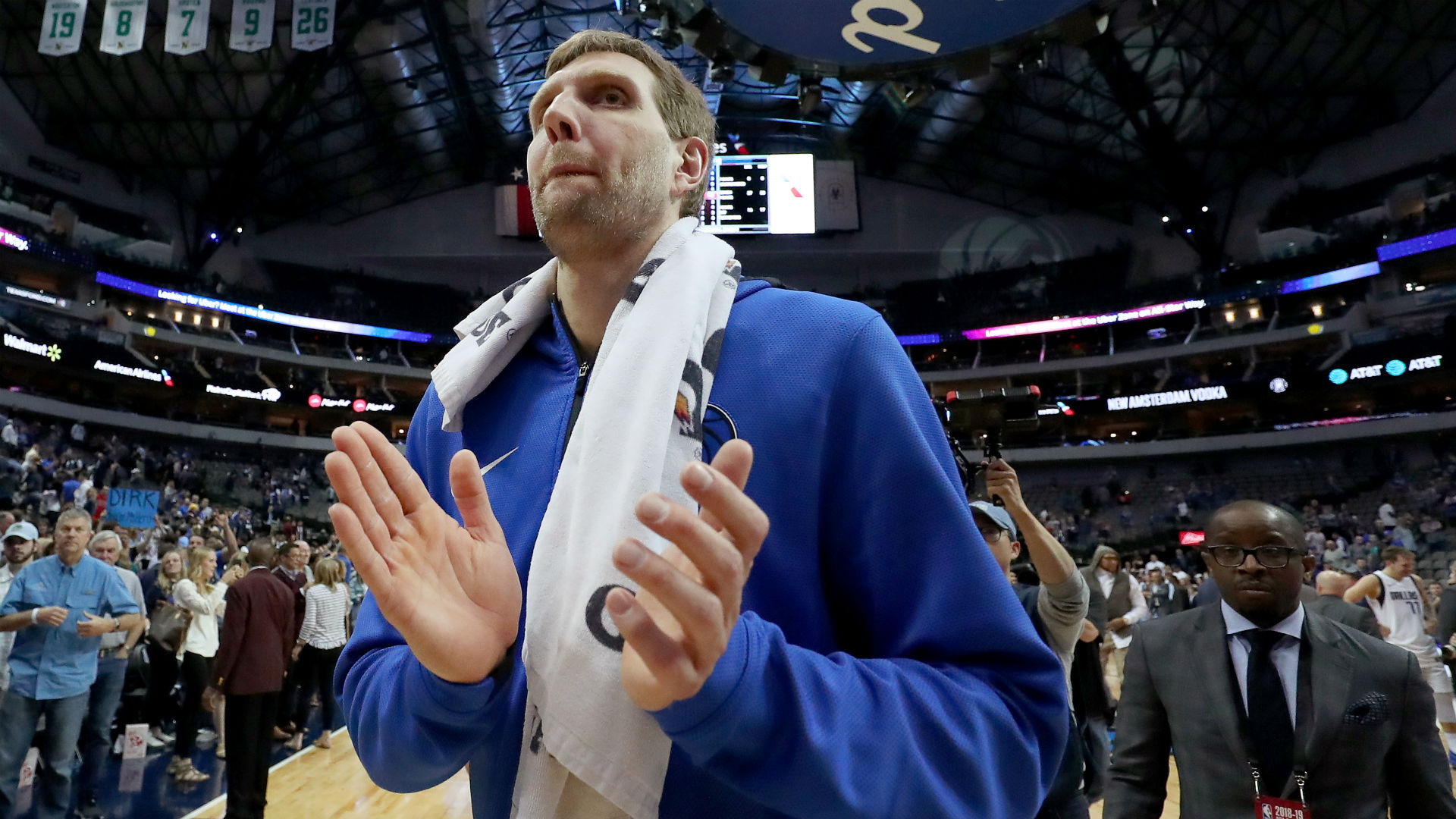 Dirk Nowitzki declared “I’m glad it’s over with” after passing “freak of nature” Wilt Chamberlain to move into sixth on the list of NBA career scoring list.

The Mavericks veteran, 40, leapfrogged the Hall of Famer during Monday’s 129-125 loss to the Pelicans.

Nowitzki needed just four points to pass Chamberlain’s total of 31,419 and scored eight in his 12 minutes on court.

Afterward, Nowitzki spoke of his relief after achieving the feat.

“The ‘Big Dipper,’ huh? It’s amazing,” Nowitzki said, referencing Chamberlain’s nickname. “It’s been a long time coming this season, knowing before the year it was only 200-something points [away].

“Then there were times when I thought, ‘I’m not going to make it,’ the way the season went with the injury. Coming off the injury was just super, super slow.

“But the last few weeks felt better, and I’ve been playing better, and the team was obviously looking for me and telling me to shoot. I’m glad it’s over with now.”

The German said of Chamberlain: “He dominated his era (1959-73) like nobody else dominated in his era.

“It was obviously a little bit before my time, but everybody knows about Wilt and what he’s done — how athletic he was, how big he was, how he could jump at that height that he was.

“He was just a freak of nature and unguardable in that era. He only played, what, 13 or 14 years, and he’s still up there with the best. If he had played a couple more years, he’d be number one or two. That’s how dominant he was.”