A wave of hope swept through Saudi Arabia when the government there announced in early August that it would soon extend significant new rights... 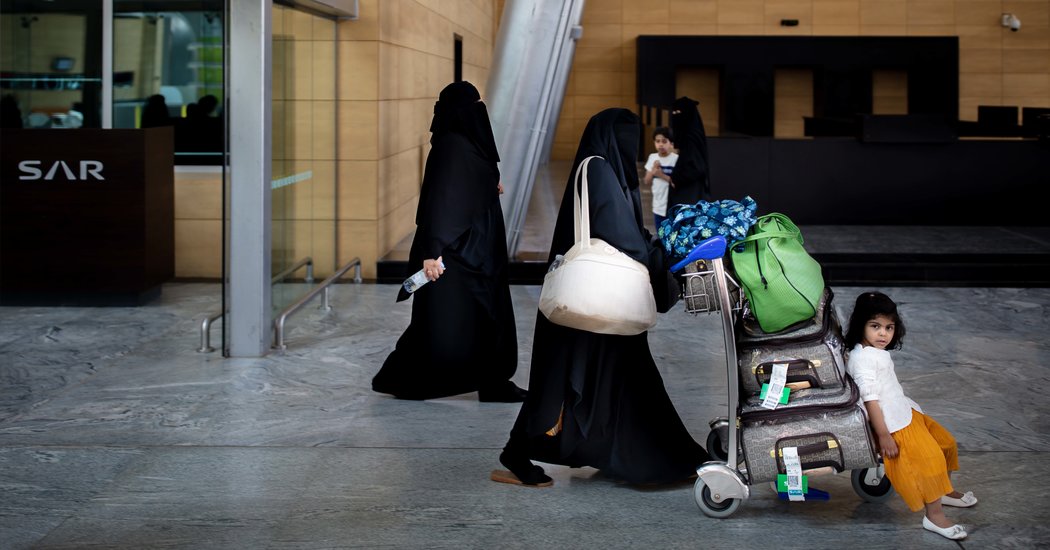 A wave of hope swept through Saudi Arabia when the government there announced in early August that it would soon extend significant new rights to women.

The changes, which started applying at the end of August, were anticipated to dramatically change the conservative kingdom’s so-called guardianship system, allowing women to get passports, travel, work, keep custody of minors and register births and divorces without the permission of their husbands or other male relatives.

We asked both men and women in Saudi Arabia how they thought the changes would affect their lives. Nearly 100 people, primarily women, responded.

Some women said they felt as if they were waking from a dream, while others expressed skepticism and called for more reforms.

Below is a selection of the submissions, which we received in English and Arabic. They have been translated, condensed and lightly edited. Because of the sensitivity of this subject, some readers requested to omit their surnames or use their initials.

I have lived in Saudi Arabia my whole life. I was sexually assaulted when I was a child by a family member with whom I am still forced to live. This new change means I get to leave and live.

The guardian system is quite strong and crippling. My big brother is my guardian. I haven’t seen him in years, and it is always a fight to get him to issue the travel permit, as I need it for my studies.

My father and brother detained me in the city and prevented me from traveling to complete my studies. My feeling, at the age of 29 and after waiting for more than eight years, is indescribable.

I couldn’t stop crying the whole day. I didn’t expect all the closed roads to open at once by one decision.

Now I should be able to travel and complete my studies at an American university. This is my wish that I have been trying to turn into reality for years.

This is truly remarkable. A while ago, I was worried that my father would not approve if I wanted to travel. But now I am not afraid of anyone. I live normally as any woman in a normal and civilized society.

A chance to be independent

Now I don’t fear marriage. The man I will marry shan’t be my guardian, nor my master. He will be my equal. Now I have a good job with a great income, a job I never dreamed of five years ago.

Travel has never been a problem for me because my “guardian” gave me access to issue the permit myself. Nevertheless, I am thrilled for those who faced difficulty in these matters.

As for myself, I like to be independent and don’t like to have my fate in someone’s hands, even if he is nice and generous.

Personally, as a working mom, I am pleased with the new regulations, especially the ones that ease the child custody legal requirements for the mother.

Traveling isn’t a priority, at least for me. It’s having the capability to be a mother for my children, and act on it. That was what I was waiting for, and I am so happy about it.

I reissued my wife’s passport, but I was stuck at work, so I told her to go pick it up herself since she was not working at the time. They refused to give her the passport and insisted that either her father or I, her husband, get it. I’m very happy this stupid rule was lifted.

In the past, men had to bear all responsibilities and do everything, leaving them with little time to perform other tasks. As men, we are forced to dedicate a large part of our lifetime for things that women could do as well as men. The new changes certainly will give women strength and visibility to become really half of society.

Some continue to support guardianship

All of the aspects of “guardianship” are good and should stay, but the problem is inside the people and how they apply it.

Under the new decisions, a woman will be responsible for herself, regardless of the weakness she might pass through during all female and motherhood changes. For myself, I do not like the new decisions and wish that we went back to the old Saudi Arabia.

Of course, the government rules play a big part, but so do society and our culture. We need to change that. We need to stop the ideology that oppresses women in the name of religion or pride — not just in Saudi Arabia but around the world.

To me that is the hardest thing to achieve because I live in it and I face this on a daily basis. It can ruin lives and destroy hope for young girls when they’re raised to obey a certain idea and when their worth depends on social acceptance.

My family’s guardian system looks like nothing. Literally, nothing. My family is a bunch of criminals and perpetrators of violence. There is no protection.

Is “half of the society” not human?

A note to readers who are not subscribers: This article from the Reader Center does not count toward your monthly free article limit.

Follow the @ReaderCenter on Twitter for more coverage highlighting your perspectives and experiences and for insight into how we work.