Did you know that a species of bacteria that resides in the ocean is responsible for producing 10% of the oxygen that we breathe... 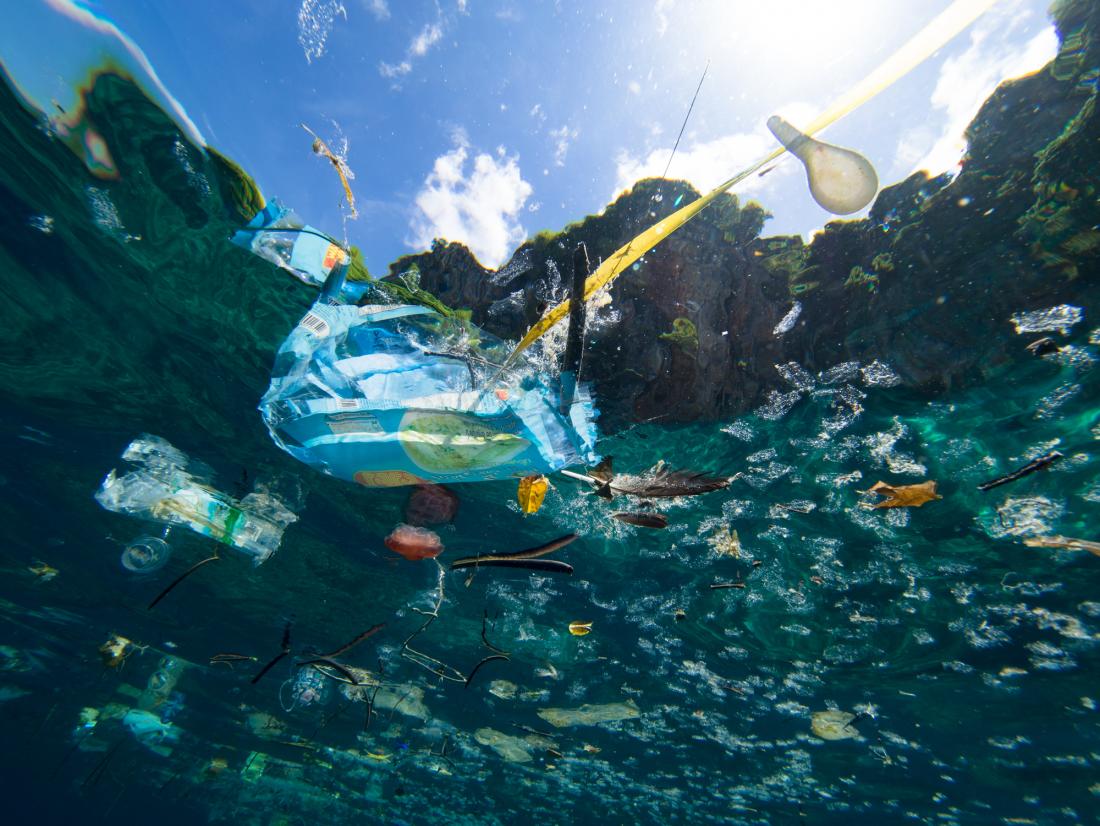 The plastics that people throw in the ocean do not just affect fish. They also harm the bacteria that help us breathe, new research suggests.

In a first-of-its-kind study, researchers from Macquarie University in Australia have examined the effects that plastics have on a type of photosynthetic marine bacteria called Prochlorococcus.

They have published their findings in the journal Communications Biology.

“These tiny microorganisms are critical to the marine food web, contribute to carbon cycling, and are thought to be responsible for up to 10% of the total global oxygen production,” says co-author Lisa Moore.

“So, one in every 10 breaths of oxygen you breathe in is thanks to these little guys, yet almost nothing is known about how marine bacteria, such as Prochlorococcus, respond to human pollutants.”

Plastics will outweigh fish in the ocean

Up to 12.7 million tons of plastic enter the ocean every year, posing a risk to the nearly 200 marine species — from mammals and birds to fish and invertebrates — that may ingest it.

In 2018, Medical News Today reported on research showing that humans also unwittingly consume microplastics and debated what the effect of this might be on our health.

Recently, a report by the conservation organization Fauna & Flora International (FFI), who collaborated with two charities and the Institute of Development Studies in the United Kingdom, examined the effects of plastic pollution on human mortality.

The report found that every 30 seconds, a person in the developing world dies as a consequence of pollution from mishandled waste.

The problem of plastic pollution is getting worse, with projections suggesting that by 2050, the amount of plastic in the ocean will outweigh the number of fish by weight.

The Macquarie University team exposed two different strains of Prochlorococcus to chemicals that they had extracted from plastic grocery bags and PVC matting. They found that this exposure significantly reduced the growth and function of the bacteria compared with the control bacteria.

The researchers observed alterations in the expression of the bacteria’s genes, meaning that the genes were not activating in the usual way to produce the required proteins.

Most importantly, the researchers found that the bacteria that they exposed to the plastic chemicals produced lower levels of oxygen than the control bacteria.

Lead author Sasha Tetu explains the wider implications of her team’s findings, saying, “Our data shows that plastic pollution may have widespread ecosystem impacts beyond the known effects on macroorganisms, such as seabirds and turtles.”

“If we truly want to understand the full impact of plastic pollution in the marine environment and find ways to mitigate it, we need to consider its impact on key microbial groups, including photosynthetic microbes.”

What can I do?

If you are concerned about plastic pollution and want to know what you can do to help, the World Wide Fund for Nature (WWF) suggest 10 tips for reducing your “plastic footprint:”

2. Carry a reusable water bottle. Disposable plastic bottles are one of the leading causes of plastic pollution on beaches, and seabirds often eat their lids.

4. If you need to use a straw, use a paper one. Plastic straws and stirrers take up to 200 years to decompose.

5. Use foil instead of cling film. Foil is recyclable, but cling film is not.

6. Use loose-leaf tea instead of tea bags. Disposable tea bags introduce microplastics to our waterways and food chain.

7. Give up gum. Chewing gum is often made from plastic, but plastic-free alternatives are now available.

8. Stop using glitter. Plankton and shellfish can ingest this microplastic. However, like gum, there are now eco-friendly, biodegradable glitter alternatives available.

9. Buy milk in glass bottles instead of plastic cartons. Plastic milk cartons are not suitable for reusing or recycling.

10. Buy wine in bottles with corks instead of plastic stoppers or screw caps. Plastic stoppers and screw caps contain an industrial chemical called BPA that manufacturers use to make plastics.