NEWARK, N.J. — P.K. Subban used just one word to describe Devils rookie Jack Hughes on Monday after the team’s 4-3 overtime win in against... 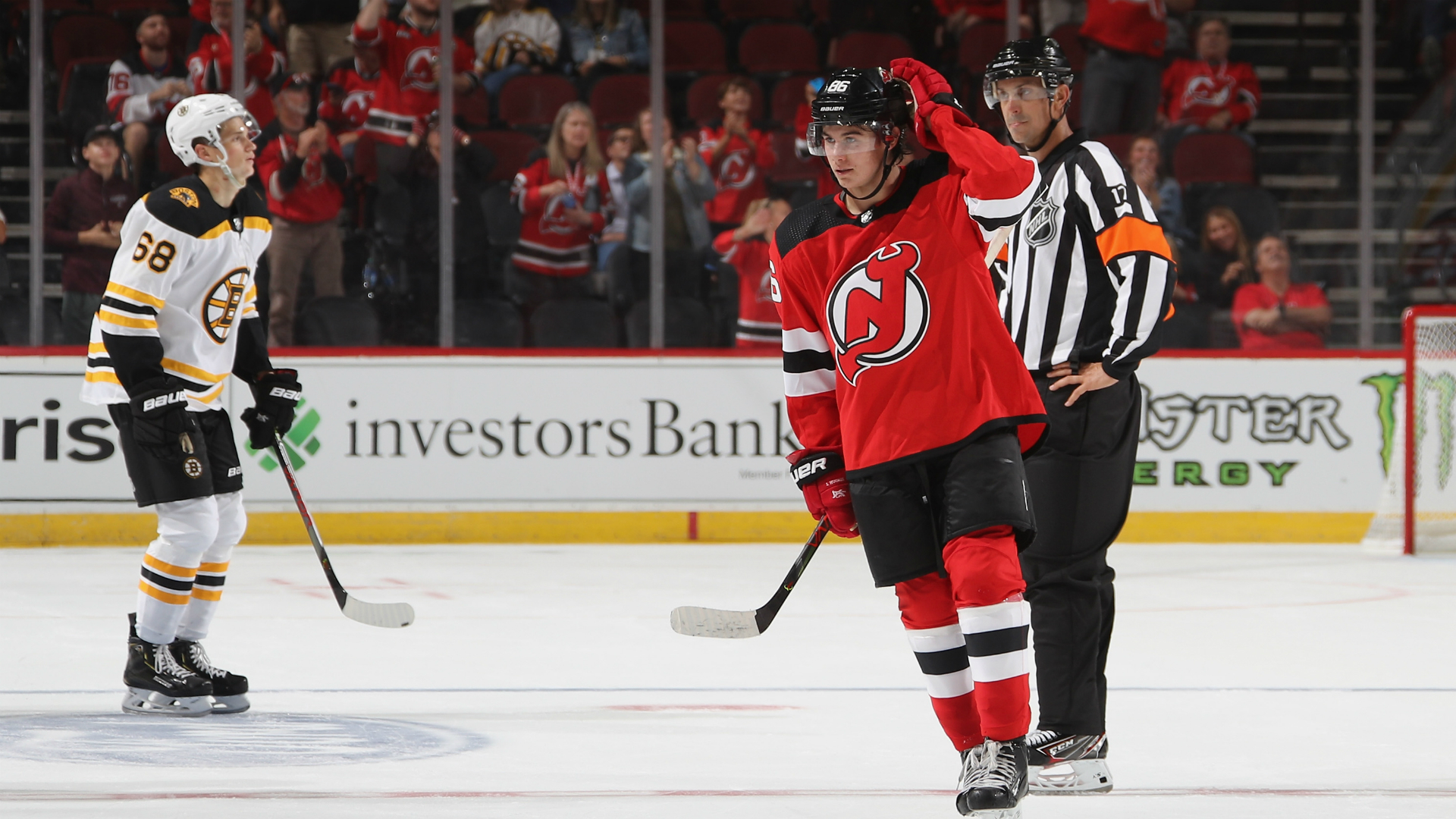 NEWARK, N.J. — P.K. Subban used just one word to describe Devils rookie Jack Hughes on Monday after the team’s 4-3 overtime win in against the Bruins: nasty.

“Nasty. Listen to me, Jack Hughes is going to be the best version of Jack Hughes,” Subban said. “At the end of the day he’s 18 years old. Greenie (Devils captain Andy Greene) and I looked at each other and we said, ‘Man, some of these kids can really play.’ He’s one of those guys. He’s got a bright future.”

Devils fans showed their appreciation for the 2019 first overall draft pick when he took the ice for his first exhibition game in red and black. Hughes, in turn, sent the Prudential Center crowd home with something to remember from September’s first tune-up match: two goals — one of them an overtime game-winner.

The 18-year-old center scored his first of the night on a power play in the second period. He drew toward the net from the right side, quickly settled a cross-ice pass from Sami Vatanen, and snapped a wrist shot through Bruins goalie Dan Vladar’s short side for his first tally as a Devil. The rookie said the “Hughes!” chants from fans put a big smile on his face.

“Just a really nice pass from Sami,” Hughes said of his first goal. “I just tried to get it off my stick as fast as possible.”

One goal was not the end of the Orlando, Fla., native’s night. A late third-period goal from Bruins center Jack Studnicka sent the game to overtime at 3-3, but Hughes and another new Devil, Nikita Gusev, ended it just 41 seconds into the extra period on a give-and-go play after Hughes carried the puck all the way up from his defensive zone. Gusev sent the puck just wide enough of the Bruins’ net for Hughes to redirect it into the net.

“I think the first was more of a feeling out process for me, just trying to get my feet wet and start to kind of figure out the pace of the game,” Hughes said. “I think come that first goal, I think that’s where I got more comfortable and wanted the puck on my stick more.”

Hughes played just over 16 minutes in his first NHL preseason game and wound up the hero for the Devils, but he already recognizes where his game will need improvement: at the faceoff circle. Hughes won just 31 percent of his draws Monday — for him, it’s just getting used to playing against stronger players in the NHL.

“There’s so many guys in the league that specialize in faceoffs, they’re almost known as faceoff guys,” Hughes said. “Guys that are at the top of the leaderboard for a lot of years. It’s going to be tough but I’ll learn some tricks and start to figure my way around there, too.”

Devils assistant coach Rick Kowalsky saw Hughes compete hard with and without the puck, which he said is first and foremost what management wants to see from the top prospect. Just three days into training camp, he said New Jersey’s coaching staff preaches identity and not necessarily playing the system yet.

“There’s certainly going to be some ups and downs for him as far as playing defensively,” Kowalsky said. “Especially against men and in a big league, but he’s a smart kid. He’s a competitive kid. I thought he played hard tonight, which is what we are anxious to see as opposed to where he is systematically.”

Hughes will be a work in progress throughout the season. He knows it — and so do his teammates and coaches. But with two goals in just one preseason game, Subban said it’s pretty easy to see the rookie’s talent.

“Jack obviously showed why he’s a first-overall pick,” Subban said. “It’s pretty simple. If you watch his highlights he had some really good plays out there and you gotta give him credit for that.”